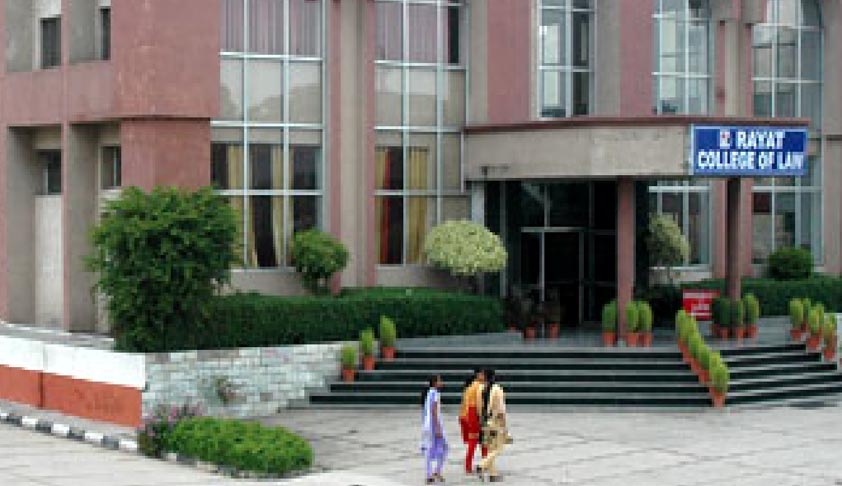 Only bonafide students studying in the above said course with the respective College/University/Institute are eligible to participate.

The participating Colleges /Universities/Institutes shall nominate one team consisting of three students for the competition.

Each team in the competition consisting of three students, of which two students shall participate as mooter and one researcher for all the rounds.

This pattern is to be certified by the Head of the Institution.

In case of any contingency, the researcher may substitute the mooter only with the prior permission of the organizer.

Communication for the same shall be sent on the separate Registration Form annexed herewith, completely filled and duly signed by the Head of the participating University/College/Institute along with a draft worth Rs.1500/- as Registration Fee in the favour of The Principal, Rayat College of Law, payable at Ropar.

The last date for Registration is 4th February, 2016.

The participating team must submit four hard copies of their memorials prepared from both sides i.e. “for” and “against” according to the proposition (4 copies from respective sides i.e. total eight copies), on or before 22-02-2016. The soft copy of the above stated documents be sent to rclmootcourt2016@gmail.com or rcl@rayatbahra.com

Each team will be given a code on submission of memorial.

Copies, documents submitted shall be the property of the organization.

The participating teams will have to report at 9:00 a.m. on the day of competition at Rayat College of Law, Railmajra.