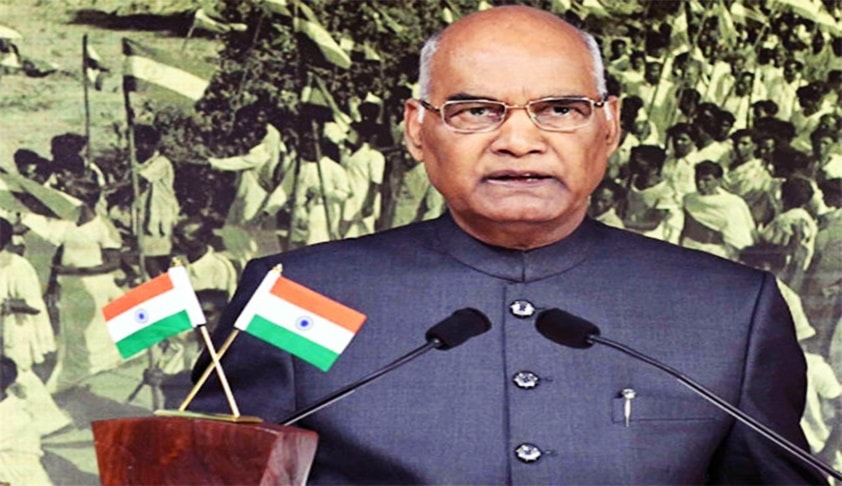 The President of India, on the eve of the 71st Independence Day, praised the implementation of the GST regime, and called for a continuous synergy between the Government and the citizens of the country, to attain the desired milestones for a ‘New India’ by the year 2022.

“I am happy that the transition to the GST system has been smooth. It should be a matter of pride for all of us that the taxes we pay are used for nation building – to help the poor and the marginalised, to build rural and urban infrastructure, and to strengthen our border defences,” he said.

Mr. Kovind also hailed the entire mechanism of demonetisation, and said, “Your immense patience and understanding in the days following demonetisation – and your whole-hearted support in the battle against corruption and black money – reflected a responsible and enlightened society. Demonetisation has boosted our efforts to build an honest society. We must sustain this spirit and this momentum.”

Mr. Kovind began his address remembering freedom fighters like Matangini Hazra of Tamluk, Bismillah Khan and Bhimrao Ambedkar, calling everyone to draw inspiration from such brave freedom fighters. “We need to invoke the same spirit today in the task of nation building,” he said.

He then emphasized on the necessity of a partnership between the citizens and the Government, and recalled an anecdote from his childhood, saying, “A tradition I remember from my childhood was that when there was a wedding in any one family, the entire village shared the responsibility and contributed. Regardless of the caste or community, the bride became the daughter of not just a single family but of the entire village.

Neighbours and others living in the village looked after guests, and took charge of different arrangements...There was a sense of caring and of sharing, and of interdependence. If you helped your neighbours in their times of need, they instinctively helped you in turn.

Today, in big cities we may not even know our neighbours. Whether in cities or villages, it is important to renew that sense of caring and sharing. This will make us a gentler and happier society and help us understand each other with greater empathy.”

Similarly, he said that we should work with “unity and purpose” to ensure that the benefits of government policies reaches all sections of the society. It is a strong partnership between the citizens and the Government that will allow us to meet the goals of a New India, he said.

Mr. Kovind went on to explain his vision of a ‘New India’, saying “There are some obvious parameters – like a house for every family, power on demand, better roads and telecom, a modern railway network, rapid and sustained growth. And yet there is more. New India must include that integral humanist component that is in our DNA, and which has defined our country and our civilisation. New India must be a society rushing towards the future, but also a compassionate society.”

The most critical factor for building the nation, he opined, is to equip out coming generation. “We need to ensure that not one child is left behind. As such I would urge you, as fellow nation builders, to help educate less-privileged children in our society. Help teach a child other than your own. Enrol and pay the school fees or buy the books of at least one child other than your own. Just one!” he said.

Mr. Kovind ended his speech with the Buddha’s words — Ap deepo bhava (Be your own light) — and urged everyone to do their bit in taking the nation to greater heights.