More Than 85% Delhites Continue To Drink In Public Despite Govt’s Crackdown: CADD Survey 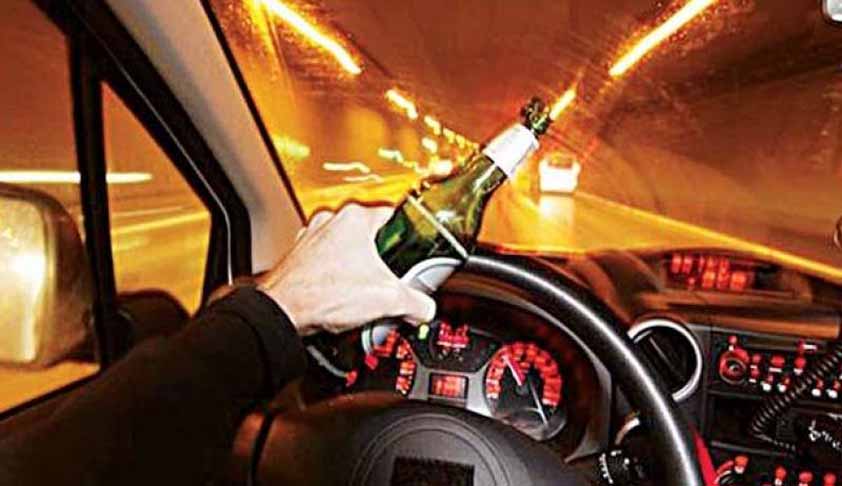 The survey revealed that 48.1 % male always drink alcohol in public place and 42.6% female respondents indulged in it occasionally. 42.1% men and 33% women admitted to drinking in cars and not being caught.

More than 85% of Delhites continued to drink in public place even after crack down by Delhi Government against public drinking, reveals a survey Community Against Drunken Driving, a prominent NGO working to end the menace of drunken driving for the past 14 years.

A Public survey was conducted between 10th November – 10th December 2016 to assess the impact of the new ruling by the Delhi Government on drinking in public spaces wherein heavy fine ranging from Rs.5,000/- to Rs.10,000/- to be levied along with jail term on the offenders.

The survey revealed that 48.1 % male always drink alcohol in public place and 42.6% female respondents indulged in it occasionally. 42.1% men and 33% women admitted to drinking in cars and not being caught.

According to Prince Singhal, Activist , Road safety expert and Founder CADD “ Research was conducted in about 50 prominent public places of Delhi among 5000 respondents, out of which 4000 were men and 1000 were women.

CADD’s survey last year had revealed that drunk driving has been responsible for at least 70 per cent of all fatal road accidents in the city. Delhi reports between 1,500 and 1,700 road fatalities and 6,000 to 75,500 grievous injuries in road accidents every year.

Singhal further added “We filed an RTI to know of the number of people challaned vis a vis the amount spent on publicity. The excise department responded with the number of people being prosecuted as 485 and having no information as to the amount spent on publicity. Based on this number, this entire exercise seems to be a gross misuse of public money to generate publicity when the same amount could have been directed towards developing a sustainable enforcement mechanism. There appears to be no visible quantifiable change when crores were spent on extensive publicity via hoardings, bus shelters, newspapers ads, behind buses , etc. It should also be noted that with the festive season and New Year approaching drunk driving and other alcohol related misdemeanours are bound to rise and unfortunately the government is not prepare to handle this menace”

Declaring a war on “car-o-bar”, Kejriwal government had from November 7 begun levying hefty fines and sending to jail those found drinking in public as the government went ahead to "strictly" enforce the Delhi excise act.

The fine for public drinking is Rs 5,000. But, if the offender creates nuisance then the fine will be double with three months in jail.The decision was taken at a review meeting of the excise and finance department chaired by Deputy Chief Minister Manish Sisodia

MAJOR HIGHLIGHTS OF THE SURVEY


SOME CONCERNS EXPRESSED BY PUBLIC

According to Singhal “To control public drinking the government should curb alcohol availability with partial prohibition curtailing availability of alcohol during certain days of the week, closure of alcohol shops on petrol pumps , increasing number of dry days, and embargo on new liquor licenses.”

WHERE WAS THE SURVEY DONE