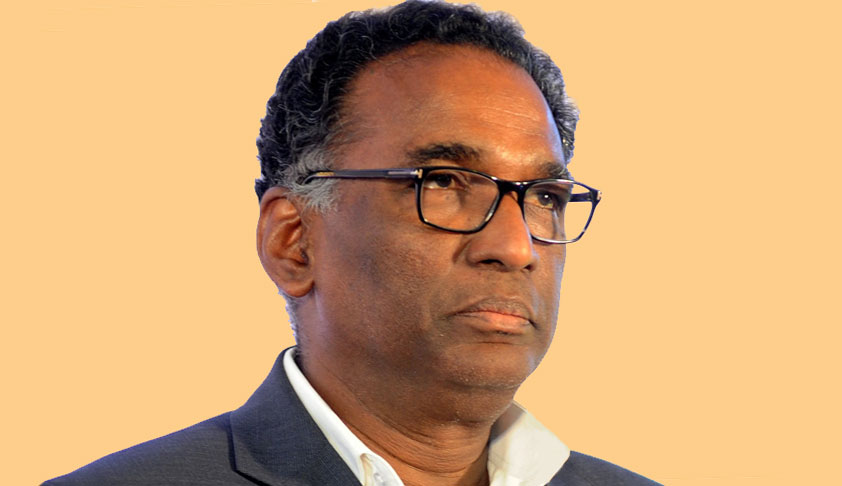 Bar Council of India has released a press note criticizing the statements made by Justice Chelameswar during various interviews post his retirement.It seems like Bar Council of India (BCI) has assumed disciplinary jurisdiction over the bench as well. I base my assumption on the preaching tone of the press release, which says, “Self-restraint by the Hon’ble judges of the highest court seems...

Bar Council of India has released a press note criticizing the statements made by Justice Chelameswar during various interviews post his retirement.

It seems like Bar Council of India (BCI) has assumed disciplinary jurisdiction over the bench as well. I base my assumption on the preaching tone of the press release, which says, “Self-restraint by the Hon’ble judges of the highest court seems to be a forgotten virtue”

Looking at the contents of the press release, delusion seems to be the only virtue few people in the BCI possess.

Haile Selassie, a former emperor of Ethiopia has observed that, “Throughout history, it has been the inaction of those who could have acted, the indifference of those who should have known better, the silence of the voice of the justice when it mattered most, that has made it possible for evil to triumph”. It would be an unpardonable offence if the people who could have acted upon the issues wish to be mute spectators. It would be an even graver offence if you try to silence the whistleblowers and criticize them for speaking up against the injustice.

Now if truth seems to be a problem for the BCI, then probably we should agree with Albert Einstein when he said “Only two things are infinite, the universe and human stupidity and I am not sure about the former,”

Just like they have dreamt of having disciplinary jurisdiction over the bench, the BCI also had the audacity to wrongfully attribute words like “bench fixing” to Justice Chelameswar. I am sure the YouTube did not restrict the BCI to rewind and re-play the interview Justice Chelameswar has given post his retirement. If such an option had been utilized, the BCI would have been enlightened that Justice Chelameswar has in fact never used the word “Bench fixing”. And on the contrary, when Mr. Rajdeep Sardesai used that expression, he objected to it. Now that I have invoked YouTube, I hope the BCI doesn’t assume jurisdiction on it as well and initiate disciplinary proceeding for uploading the video.

Before lecturing judges about self-restraint, it would be better for the BCI to practice the same and hold their horses before making baseless, half knowledge allegations—without doing proper due diligence but issuing press statements to gain brownie points.

All the four judges who held the pressmeet are people of outstanding repute, having genuine concern towards bettering the institution. But, of course, since stupidity has no limits, some went to an extent of calling it a publicity stunt pulled by Justice Chelameswar with an ambition to become the Chief Justice of India. If not for common sense being so uncommon, people who made the above allegation would have restrained from doing so recognizing the significance of Justice Gogoi’s presence in the press meet. As the convention goes, by the virtue of being the senior most judge of the Supreme Court, Justice Gogoi would have to become the Chief Justice of India after Justice Deepak Mishra demits his office. What motive would Justice Gogoi have in becoming a part of the four judges, who held the press meet? In fact, there can be no motive attached to Justice Madan Lokur and Justice Kurian joseph, who also were a part of the four judges.

As a response to Justice Chelameswar’s statement about politicians meeting judges, the BCI’s press release refers to the meeting between Justice Chelameswar and CPI leader D. Raja on the day of the unprecedented press conference, thus attributing a political motive behind the press conference. This again shows the ignorance of the BCI as it has already been clarified by the judge himself why D. Raja met him on that day. As I have already mentioned, the BCI can access the YouTube and do themselves a great favour by watching the interview—again.

Man is a social animal and judges are after all human beings. Meeting and knowing politicians personally per se is not the question Justice Chelameswar seems to be concerned about.  But if at all such meetings are happening secretly, what purpose would it serve? Can such camouflaged comradery be countenanced? That is what Justice Chelameswar wants the institutional stakeholder to discover, and the nation, as a whole, to know. Again, had the BCI watched the interviews properly—perhaps, by removing their tinted, biased glasses—they would have known the intentions behind his statement.

On one count I agree with the BCI when it said, “The amount of damage which has been done to the institution since last January, would take a long time to be repaired and rectified.” But this damage is not because of the press meet held by the four judges; rather, it’s because of the inaction of the people in power even after the press meet.

To my mind Justice Chelameswar has conformed to the view of Aristotle, who said “The high-minded man must care more for the truth than for what people think”