A case of misjudgment 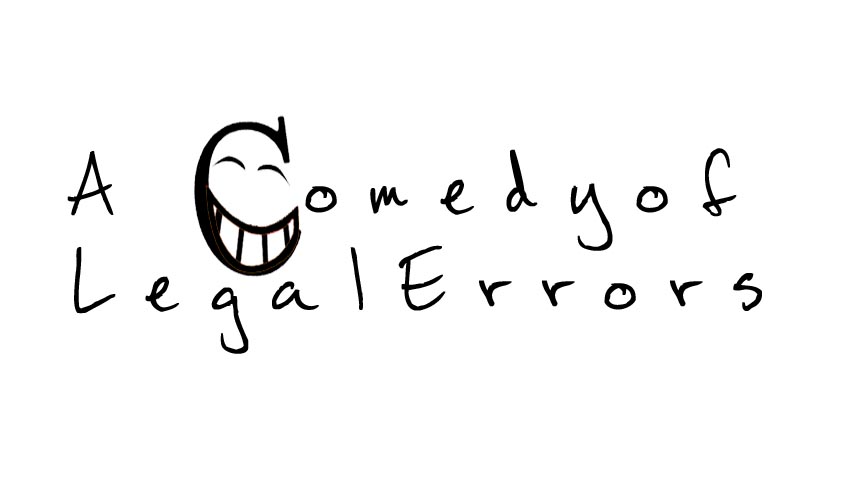 A magazine, born with the criminal cases and proud of defending them, finds itself fumbling in legal recourse chosen for its creator. The ‘man enough’ is hit badly, may be legally forever. The chargé d'affaires, of the enterprise, who allowed herself to be sandwiched between the man and the victim, seems to have acted upon the advice of a quack online Lawyer! She now blames herself...

A magazine, born with the criminal cases and proud of defending them, finds itself fumbling in legal recourse chosen for its creator. The ‘man enough’ is hit badly, may be legally forever. The chargé d'affaires, of the enterprise, who allowed herself to be sandwiched between the man and the victim, seems to have acted upon the advice of a quack online Lawyer! She now blames herself and accuses the celebrity discourser on prime time television, for ‘her legal misjudgment’ while dealing with another sort of misjudgment by her colleague.

Ironically, it is always the fleeting impulsive decisions you take while on the move, be it in speeding traffic or fast moving elevators, which determine the course of your life.  Fact or fiction, the cumulative effect of sexual and legal misjudgments has led to fall of the man. The countdown for incarceration has just  begun.

He has created a self defeating legal trap. The assaulted is said to have sought unconditional apology admitting the guilt from her assaulter boss. A prime time lawyer is said to have advised to settle a non-compoundable and cognizable crime by exchange of few emails. The lady who was eager to forget the 'unthinkable-fest' grossly misjudged the law and arbitrated a void ab initio settlement, a document of guilt. The admission of crime and the self imposed sentence of laceration  ipso facto have taken the offender straight into the folders  of ‘Sexual Assault’, an offence under newly made Section 354-A of the Penal Code.  It was too late to realize that this one misadvise has fallen flat on the face.  The arbiter, the feminist,  failed herself  in remembering the rigour and sweep of quick fix penal provisions which she once advocated for.

It was safely presumed that ‘bantering’ would not constitute an offence. But the law recognises even ‘bantering’ as an offence if it contains the right mix of sexual intonation. It is more subjectivity than degree. When the law makes sexually coloured remarks an offence, it is the girl who takes the chair of the Judge and decides which side of law it falls under, if narration is true, it is an offence of rape simplicitor.

The law protects the person who is apprehensive of arrest of an offence which he never committed. You are ill advised again to seek anticipatory bail with the baggage of bantering, in a court which again lacks jurisdiction. Finally, it seems the advisors have woken up and rightly advised to withdraw the plea for bail, before it is officially rejected.

It is a legal comedy of errors. The alleged assault, laceration, penance, a cyber settlement full of admissions, provoking theory of consensuality and finally  the protagonist ending up as a ‘fugitive’. A losing fight against his own admissions, against the thumb rule of procedure – ‘the admission’ is the best evidence!

What if, the man who repented, who is willing to lacerate, vouched to pity himself till his last breath  had readied himself to suffer sentence prescribed by the sovereign?  The countrymen and perhaps the victim would have melted down granting him an opportunity to resurrect. The magazine which defaced the right wing, would have continued to sell the credibility.

A   fleeting misjudgment has effaced yourselves ….

*P V Dinesh is a lawyer in Supreme Court, you can send in your comments at: [email protected]