A fraud on the Constitution 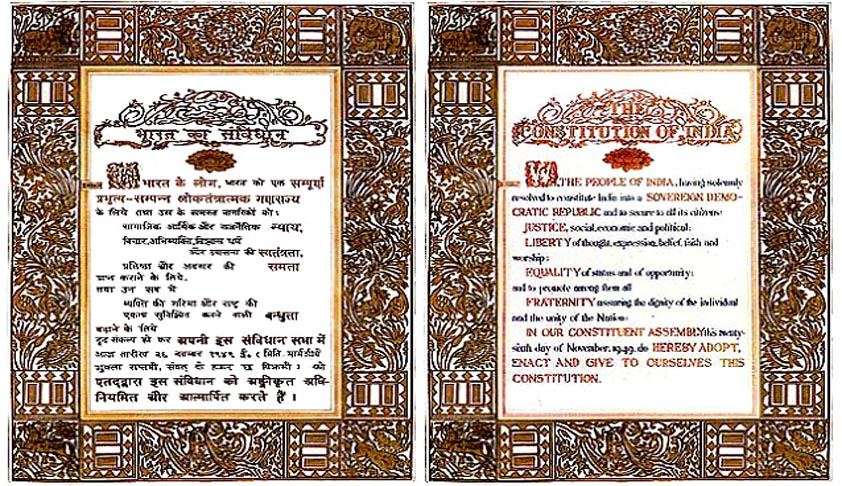 In a democracy, normally, the Legislature alone legislates. In India the Judiciary and the Executive also legislate.

The Judiciary’s power to legislate flows from a clause in the Constitution which says the Supreme Court’s decisions have the force of law. The court has, through judgments, written new laws and even made changes in the Constitution.

The Executive cannot make laws in the United Kingdom which has a parliamentary system, or the United States which follows a presidential system. Law-making by the Executive in India is a colonial legacy. The British-enacted Government of India Act of 1935 had a provision to that effect.

An ordinance issued during a recess of the legislature lapses automatically six weeks from the start of its next session unless replaced by a regular law. DC Wadhwa, former Director of the Gokhale Institute of Politics and Economics, Pune, while working on the issue of sugarcane production, discovered that since 1967 Bihar and some other states were reissuing ordinances repeatedly. An ordinance relating to sugarcane was kept alive in this manner for about 14 years without being placed before the legislature.

Over the years Bihar started relying primarily on the ordinance route. Between 1967 and 1981, the state legislature passed only 180 laws. The ordinance tally for the period stood at 2,014. As many as 50 ordinances were issued on a single day.

Wadhwa brought out his findings in a book titled: “Re-promulgation of Ordinance: A fraud on the Constitution of India”. He also took the issue to the Supreme Court.

Frowning upon Ordinance Raj, the court declared that re-promulgated ordinances could be struck down. However, it took an indulgent view of the government’s conduct. If there was too much legislative business in a session and a law could not be enacted to replace an ordinance, it could be re-promulgated, it said.

Governments continued to use the ordinance route with abandon. According to Shubhankar Dam of the Singapore Management University School of Law, the Centre promulgated 651 ordinances between 1950 and 2009, an average of close to 11 in a year. Of these, 177 were issued within 15 days before or after a Parliament session. Indira Gandhi nationalised 14 major banks through an ordinance a day before a session.

Ironically, abuse of the ordinance provision is as old as the Constitution itself. On January 26, 1950, the very day on which the Constitution came into force, Jawaharlal Nehru’s government issued three ordinances. Eighteen more followed during the year. GV Mavlankar, Speaker of the Lok Sabha, told him the house felt that it was being ignored, and resort to ordinances was not conducive to the development of the best parliamentary traditions. But the situation did not improve.

Nehru, who commanded the support of the majority in the two houses of Parliament, had no need to avoid them. His successors took advantage of the precedent he had set. Some of them headed coalition governments and were wary of facing the houses.

Charan Singh, who was Prime Minister for 170 days without having enjoyed majority support in the Lok Sabha even for a day, issued seven ordinances.

The issue of rule by ordinance came to the surface early this year when Narendra Modi, whose Bharatiya Janata Party commands a majority in the Lok Sabha but is in a minority in the Rajya Sabha, issued eight ordinances in his first 225 days in office.

These included one for acquisition of land for industries, one for auction of coal blocks and one for allowing foreign direct investment in insurance. Failing to push through the land acquisition measure during the winter session due to the stiff opposition of the Congress and other parties in the Rajya Sabha, the government re-promulgated it after the house went into recess.

Government spokesmen justify re-promulgation of the ordinance on the ground that this was necessary to ensure continuity and move forward with the reform agenda. With farmers up in arms against the new law and several parties vowing to block it, the government is not in a position to put the measure on the statute book through the normal process and it is well aware of this. In these circumstances, re-promulgation of the ordinance is an act that falls within the purview of Wadhwa’s expression “a fraud on the Constitution”.

The article is published with special permission from BRP Bhaskar and it is first published in gulf today.

BRP Bhaskar is a Senior Journalist