A Look Back At Tilak’s Sedition Trials 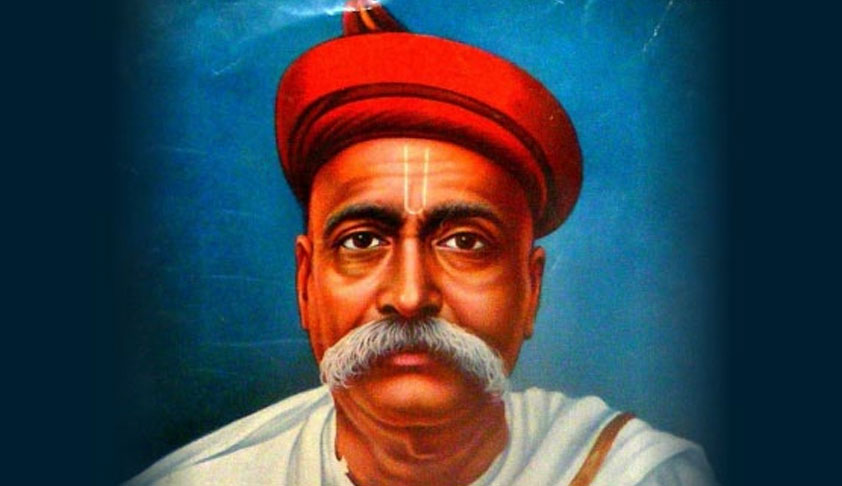 Bal Gangadhar Tilak was a prominent figure in India’s independence struggle. Although he was a law graduate and ran law classes as well, the taste of law applied on him by the British regime was quite sour. Tilak wrote in the weeklies Kesari in Marathi and Mahratta in English. He had launched both from Poona (now Pune) in 1881 alongwith Vishushashi Chiplunkar and GG Agarkar. Tilak...

Bal Gangadhar Tilak was a prominent figure in India’s independence struggle. Although he was a law graduate and ran law classes as well, the taste of law applied on him by the British regime was quite sour. Tilak wrote in the weeklies Kesari in Marathi and Mahratta in English. He had launched both from Poona (now Pune) in 1881 alongwith Vishushashi Chiplunkar and GG Agarkar. Tilak edited Mahratta and Agarkar edited the Kesari. On 17 July 1882, almost within a year from publication, both were sentenced to four-month imprisonment in a defamation case filed by the Diwan of Kolhapur. In 1887, Agarkar and Tilak fell out and Tilak singlehandedly started running Kesari.

Tilak faced two sedition trials. One in 1897 and the other in 1908. He was convicted in both. Tilak also sued Sir Valentine Chirol for libel in an English court in 1919 but lost. The two sedition trials Tilak faced are of huge importance. Before we delve into the trials, let us quickly go through the law applicable to sedition at that time and how it came into being.

In England, since 1832, sedition was narrowly defined to mean inciting violence or insurrection against the government. It was only a misdemeanor (lesser offence) and bailable. Sedition prosecutions were very rare there and as the jury comprised of one’s own countrymen, the conviction was a further rarity. Also for conviction somebody under sedition law, unanimous view of the jury for it was a must. In 1837, the first Law Commission comprising TB Macaulay, JM Macleod, GW Anderson and F Millett prepared the draft of Indian Penal Code (IPC). Section 113 of this draft made it an offence for any person to excite feelings of disaffection to the government. However, making critical yet obedient and respectful comments on government measures did not attract any penalties. The maximum punishment was banishment for life. The draft Section 113 was therefore different from the English law of sedition. In 1846, the Indian Law Commission presented its second report on IPC. Although the majority of the membership endorsed Macaulay’s draft of sedition, a select few recorded their strong displeasure against it. The IPC was enacted 23 years later in 1860. Most interestingly, draft Section 113 was dropped. The only official explanation available is that it was left out by mistake. Ten years later, in August 1870, law member of Viceroy’s Executive Council Sir James Fitzjames Stephen introduced a bill to bring in Macaulay’s draft Section 113 into IPC. The bill was taken up for consideration in November 1870. Section 113 was therefore inserted in IPC as Section 124A. The main reason behind the insertion of Section 124A was the fear of Muslim preachers advocating a religious war against the colonial government. Section 124A remained dormant for two decades after its insertion. The first known case was Queen Empress v Jogendra Chunder Bose [1891- Calcutta High Court]. However, the accused was later on released on bail and the case was dropped.

It in this light that the 1897 trial of Tilak becomes important. In 1897, Kesari, of which by that time Tilak was the publisher, proprietor and editor, carried an article called ‘Shivaji’s Utterances’. The paper had resurrected 17th century’s iconic Hindu Maratha king Shivaji and recorded his putative statements at the existing state of affairs in colonial India. There is a brief background to this as well. In 1894, a scholar called Prof RP Karkaria read a paper on Shivaji before the Royal Asiatic Society in Bombay. Two years later, the movement acquired shape of a festival to honour Shivaji. Unfortunately, Maharashtra was afflicted with an epidemic of plague in 1897 soon after a famine in 1896. The British enacted an Epidemic Diseases Act, 1897. This Act gave drastic powers to examine, detain, search and segregate people. Only white soldiers were given the ‘plague duty’. The Shivaji festival began in June 1897 (please note the hot summer in mid-June). Tilak presided over the festival and also spoke. A poem was also sung by someone. These were carried out as ‘Shivaji’s Utterances’ in Kesari by Tilak. A week later, president of the Plague Relief Committee WC Rand and one Lt CE Ayerst were murdered at midnight while returning home. Media insinuated Tilak’s speech and ‘Shivaji’s Utterances’. Interestingly at that time, the government had just confirmed his election to the Legislative Council. Within a month, the government gave sanction to Tilak’s prosecution for sanction. The place of trial was chosen to be Bombay instead of Poona from where Kesari was published. The case was committed to sessions in the Bombay High Court. Advocate-General Basil Lang conducted the prosecution. Dinshaw D Davar appeared for the defence. The nine-member jury (as opposed to 12 in England) comprised of five European Christians, two Hindus, one Parsi and one European Jew. Justice Arthur Strachey at the Bombay High Court delivered the charge to the jury. The two charges against Tilak were publication of ‘Shivaji’s Utterances’ in Kesari on 15 June 1897 and the report of the meeting on 13 June 1897. The meaning, scope and width of sedition were discussed at length. The Marathi translation caused a lot of furore. By a majority of 6:3, with all three Indians supporting Tilak, Tilak was adjudged guilty. Interestingly, the then Criminal Procedure Code gave Indians the right to be tried by a jury consisting of a majority of Indian jurors. However, some cases were determined by the government discretionally and the trial judge could be tried by a ‘special jury’. These special juries had a majority of non-Indian jurors on them. Furthermore, neither the judge nor the jurors knew Marathi. Justice Arthur Strachey readily accepted the jury’s verdict and sentenced Tilak to 18 months’ rigorous imprisonment. Justice Strachey laid several grounds, including presumed intent, bad feelings, incitement not being mandatory, impact’s inconsequentiality, class of readers (Marathi readers were treated as unintelligent), speech as a whole, immaterial truth and evidence for spoken word. The publisher was discharged as not guilty. Tilak was, however, persuaded to accept conditional release and was released on 6th September 1898.

This case, the first resulting in the conviction under sedition law in India, was, however, not the end for Tilak. In 1898, Section 124A was replaced with a completely different text and its ambit was quantified immensely.

In December 1907 at the Surat Session, the Congress got split into moderates and extremists. Tilak was the leader of extremists. On 30 April 1908, Khudiram Bose and Prafulla Chakravarty threw bomb at a vehicle in which they believed Douglas Kingsford, sessions judge at Muzaffarpur, was being carried. It, however, killed the wife and daughter of an English barrister. It led to a series of arrests and media campaign against the Anglo-Indian press for being ‘extremist’. On 24 June 1908, Tilak was arrested from Bombay on a charge of sedition and 153A IPC in respect of two articles carried in Kesari on 12 May and 9 June 1908. The article dated 12 May was titled ‘The Country’s Misfortune’ and that of 9 June has titled ‘These Remedies Are Not Lasting’. His house in Poona was searched by the police that found a postcard with the names of two books on explosives written on it. The Chief Presidency Magistrate of Bombay declined an application for bail. Sanction for the prosecution was swiftly granted and Tilak was committed to stand trial at the sessions of the Bombay High Court. Tilak was defended by Mohammed Ali Jinnah, later by Joseph Baptista and later by himself assisted by a battery of counsel. The sessions judge was none other than Tilak’s counsel in the 1897 trial, DD Davar. He also declined bail to Tilak. The acting Advocate General, who led the prosecution, had also been Tilak’s counsel earlier in a different matter. Tilak argued that the articles were written in the course of controversy between the European press and Indian vernacular press. He also argued that those articles critique a tyrannous bureaucracy rather than the tyrannous British rule. The special jury comprised of seven Europeans and two Indians. Indian jurors returned a verdict of not guilty while the European jurors adjudged Tilak guilty. Again, the jurors and the judge both had no knowledge of Marathi. Judge Davar asked Tilak if he had anything to say. His reply [Now inscribed on a marble outside Court Room No. 46 in the Bombay High Court unveiled by Justice MC Chagla] deserves to be quoted:

“All I wish to say is that, in spite of the verdict of the jury, I maintain that I am innocent. Here are higher powers that rule the destiny of things and it may be the will of Providence that the cause which I represent may prosper more by my suffering than by my remaining free.”

Tilak was sentenced to six years of transportation to Burma; three under each section. Leave to appeal to privy Council made by Baptista on behalf of Tilak was declined. Tilak served out his sentence which was commuted to simple imprisonment in Mandalay and later returned to India with even more influence on the politics in the country. Tilak’s trials remain embedded in the legal history to show how free speech was first murdered in colonial India! Namit Saxena is a lawyer practicing at Supreme Court of India.