A Muslim cannot be prosecuted for Bigamy (S.494 IPC) in the absence of UCC; Gujarat HC suggests to shun Polygamy which is a misinterpretation of Quran [Read Judgment] 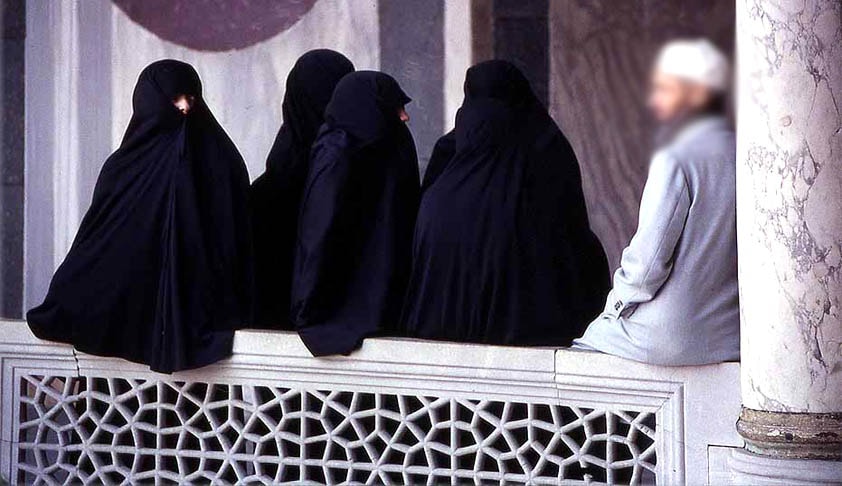 Polygamy is not encouraged in Islam and is an exception and not a Rule. It is for the maulvis and Muslim men to ensure that they do not abuse the Quranic injunctions to justify the heinously patriarchal act of polygamy in self-interest, the court observed.Gujarat High Court held that a Muslim cannot be prosecuted be prosecuted for Bigamy [S.494 IPC] in the absence of a Uniform Civil...

Polygamy is not encouraged in Islam and is an exception and not a Rule. It is for the maulvis and Muslim men to ensure that they do not abuse the Quranic injunctions to justify the heinously patriarchal act of polygamy in self-interest, the court observed.

Gujarat High Court held that a Muslim cannot be prosecuted be prosecuted for Bigamy [S.494 IPC] in the absence of a Uniform Civil Code.

The Court, after going through various Quranic verses and Islamic texts, has opined that bigamous Muslim men misinterpret and misuse their sacred texts to their advantage. Justice J.B Pardiwala made these observations in an order in a Criminal Miscellaneous petition filed by a Muslim man accused of Bigamy and said “On the basis of modern, progressive thinking, India must shun the practice and establish a uniform civil code”. However, the court, in this case, held that the petitioner, a Muslim, could not be prosecuted under Section 494 of Indian Penal Code.

In his 72 page judgment, Justice Pardiwala quotes many verses of Quran and other Islamic texts and opines that bigamous Muslim men are able to get away by misinterpreting and misusing to their advantage, the prophet’s message which is reflected in their sacred text. The Court said “ The ‘Quran’ does not say that a Muslim can treat his wife cruelly, drive her out and without dissolution the first marriage in accordance with law, he can marry for the second time and upto four times.”

Polygamy is allowed, but not prescribed in Quran

The Court said that concept of marriage and polygamy under' Islam and as is referred to in the Koran is clear, but it is being misrepresented and ill judged by lay-men outside this religion. “When the Quran allowed polygamy, it was for a fair reason. When men use that provision today, they do it for a selfish reason.”the court observed. Quran, forbids polygamy if the purpose to marry more than once is self-interest or sexual desire, the court added. The court also observed “it is abundantly clear that notwithstanding there  is no codification  by the legislation of  marriages amongst the Muslim, polygamy is not encouraged and is an exception and not a Rule.”

The Court also observed that there is a historical reason why earlier Polygamy was allowed for Muslims. “There was a time  in  history when  a  large  number of women  were widowed and children were orphaned in primitive tribal tussles in Arab. The Muslims suffered heavy casualties in defending the nascent Islamic community in Medina. It was under such circumstances that the Quran allowed conditional polygyny to protect orphans and their mothers from an exploitative society”. The court added that “Today  there  are  no  tribes  killing  each  other  and making women widows and children orphans".

The court observed that the marriage laws other than those of the Muslims, now in force in the country, prohibit bigamy and treat a bigamous marriage as void. It also opined that time has come to shun the practise of bigamy and to introduce a Uniform civil code and said “ Polygamy  and  the  unilateral  talaq  without  the  wife's  consent offends Article 14  and Article 15 - If the State tolerates this law, it becomes an accomplice in the discrimination of the female, which is illegal under its own laws.” The Court also said that the legislature has not taken care till this date to prevent the misuse of the polygamy concept among Muslims. The court, however, added that the Polygamy is becoming less popular these days and said.

“Education, changing patterns of the family structure, the structure of a family in the context of reality of the world,  and  economic  necessities  are  on  their  own  precipitating  a situation where monogamy is becoming the reality though the religion permits a Muslim, with such sanction of conscience to venture into polygamy.”

Muslim cannot be prosecuted for Bigamy

The Court also observed that in the absence of Uniform Civil Code, A Muslim cannot be prosecuted for Bigamy. In 41 the Court held as follows;

“In view of the above and in the absence of any uniform Civil Code, I find merit in the submissions of the learned amicus that the expression “marries in any case in which, such marriage is void by reason of its taking place during the life of such husband or wife” merely means that the person who marries a second time during the life of his or her first spouse would be punished under Section 494 of the IPC, only if such second marriage is not recognized by the Personal Law, by which he or she is governed. The section does not require that the second marriage with the person concerned must, otherwise, be valid according to law” Hence the Court quashed the charge under Section 494 IPC against the Petitioner.

Recently Supreme Court asked the Government to implement Uniform Civil Code. “There is total confusion. We should work on the Uniform Civil Code. What happened to it? If you (government) want to do it then you should do it. Why don’t you frame and implement it,” a bench headed by Justice Vikramajit Sen asked the counsel representing the central government.