A Self Declaration Is Sufficient For Conversion To Hinduism, Registrar Need Not Enquire Into Validity Of Conversion For Marriage: Kerala HC [Read Judgment] 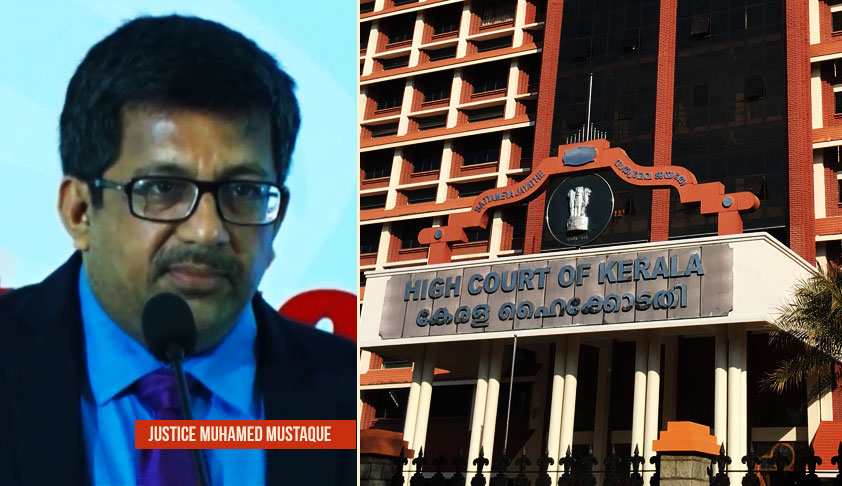 The Kerala High Court has ruled that in the absence of any formal ceremony for conversion to Hinduism, declaration by a person that he is converted to Hindu would be sufficient for the public authorities, the Marriage Registrar in the instant case, to act.Justice A Muhamed Mustaque also laid down that a marriage registrar is only duty bound to conduct the summary enquiry as to the legality of...

The Kerala High Court has ruled that in the absence of any formal ceremony for conversion to Hinduism, declaration by a person that he is converted to Hindu would be sufficient for the public authorities, the Marriage Registrar in the instant case, to act.

Justice A Muhamed Mustaque also laid down that a marriage registrar is only duty bound to conduct the summary enquiry as to the legality of the marriage and that once such a satisfaction is entered by the Registrar, he need not conduct further enquiry to the fact whether conversion to Hinduism or other religion of any of the party is valid or not.

In the instant case, the Kerala High Court was faced with the question whether the Registrar under the Rules is bound to register any marriage upon a declaration made by the parties without entering into the satisfaction as to the legality of such marriage and also, what is the mode of satisfaction for registering the marriage to be entered by the registering officer.

The question arose in a petition moved by a man, a native of Thrissur and his wife, a native of the Philippines.

The petitioners told the court that the woman got converted to Hindu after undergoing sacred ceremonies and rites held at a temple in Thrissur and a certificate to this effect was issued by the temple authorities.

Their marriage was solemnized on September 13, 2016, according to the custom applicable to the community to the man (the first petitioner) belongs.

In deciding the petition, the court delved into various aspects as under:

Registrar not to decide upon validity of marriage

Justice Mustaque appointed Surya Benoy as amicus curiae who submitted that the Registrar, in fact, is not deciding upon the validity of such marriage but only entering into the satisfaction whether he is bound to register such marriage or not.

Reading from the 4th proviso to Rule 6 inserted by way of an amendment in 2015 which states that the marriage other than one solemnized as per the law in India shall not be registered under the Rules, the amicus submitted that it is only on proof of satisfaction that the marriage has been solemnized that the Registrar-General is bound to give suitable directions to the local Registrar to register the marriage.

At this, the court said, “When a person declares that he is converted to Hindu, that would be sufficient for the public authorities to act. There is no formal ceremony of expiation necessary to effectuate a conversion to Hinduism. In the absence of any particular mode prescribed for conversion as a Hindu, without there being any mala fides that can be pointed out, the public authority cannot refuse to act upon such request.”

In saying so, the court relied on 1978 Supreme Court judgment in Perumal Nadar (dead) by Legal Representative v Ponnuswami Nadar (minor) and also the division bench judgment of Kerala High Court in Betsy and Another v Nil.

Freedom to practice any religion available to non-citizens too

Justice Mustaque, while deciding upon the extent of enquiry by a Marriage Registrar, said, “The freedom to practice any religion as mentioned in Article 25 of the Constitution of India is available to both the citizens as well as non-citizens”.

“The Government or any other public offices cannot insist that they can only act upon such declaration based on a certificate issued by any authority appointed by the Government in this regard.”

Govt Can’t Insist On Production Of Certificate From Any Institution To Declare Conversion Of Faith Of Person: Kerala HC [Read Judgment]

Registrar not to conduct enquiry into validity of conversion

The court made it clear that the Registrar was not competent to go into the question of validity of conversion of a party.

“It is to be noted that the Registrar is only duty bound to conduct the summary enquiry as to the legality of the marriage. The Registrar is not the competent authority to decide on the competency to marry or validity of such marriage. He needs to have a prima facie view that the marriage has taken place in accordance with the personal law applicable to the parties. Once such a satisfaction is entered by the Registrar, he need not conduct further enquiry to the fact whether conversion to Hinduism or other religion is valid or not,” said Justice Mustaque.

Acceptance based on social interactions

The court was in agreement with the submission of the amicus that “in Indian context, acceptance or acknowledgment into a community is understood based on the social interactions of such convertee”.

“However, an enquiry to be conducted for registering a marriage under the Rules is very limited as it has to be done within a shortest period of 45 days of marriage. On such background, it is very difficult for the Registrar to find out whether such convertee has been accepted by the community or not. It is to be noted that the validity of the marriage in accordance with the person is still open for consideration by the court concerned in appropriate stage if any dispute arises in such marriage,” the court noted while seconding the amicus.

Registration is evidence of marriage, not proof of its validity

To draw home the point that the Registrar is not required to go into the issue of validity of marriage, the court’s attention was drawn to the Supreme Court’s decision in Seema v Ashwani Kumar, wherein it was held that registration itself cannot be a proof of valid marriage per se and would not be the determinative factor regarding validity of a marriage.

"In view of the fact that there is no dispute that the parties underwent ceremonies and rituals in accordance with the Hindu Marriage Act for performing the marriage, the Registrar ought to have registered the marriage. Accordingly, the writ petition is allowed directing the Registrar to register the marriage,” ordered the court while appreciating the amicus for her able assistance.

In an earlier Judgment Justice Mustaque held that the Government cannot compel a person to affirm his change of religion, only through a particular mode via-a-via the certificate issued by the authorized organization. Freedom of practice of religion, as guaranteed under the Constitution is unrestricted by any qualification. The power of faith is something which one has inherently possessed in himself