A shot in the arm for transparency in judiciary: Calcutta HC in a first permits video recording of court proceedings 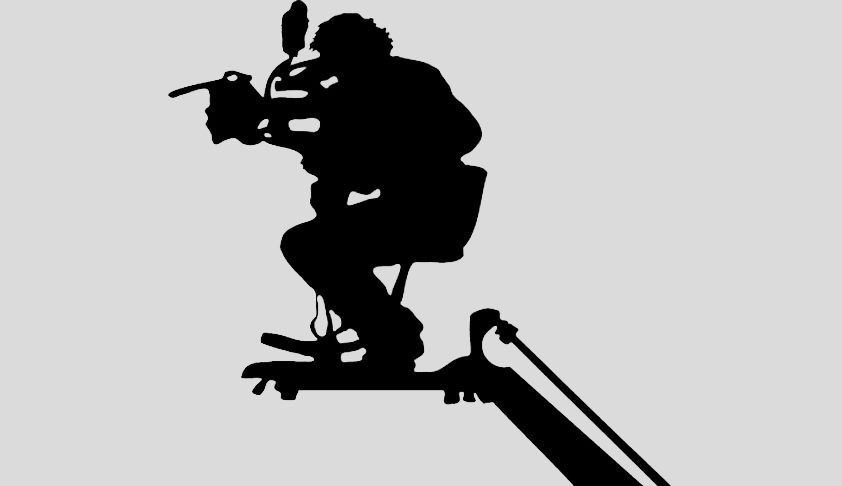 The Calcutta High Court created history on July 15 when Justice Aniruddha Bose directed recording of court room proceedings in a particular case, thereby creating a rare, first of its kind precedent. The order has been hailed by activists fighting for greater transparency in the judiciary and court proceedings.Acting on an order passed by Justice Aniruddha Bose, the Registry of the...

The Calcutta High Court created history on July 15 when Justice Aniruddha Bose directed recording of court room proceedings in a particular case, thereby creating a rare, first of its kind precedent. The order has been hailed by activists fighting for greater transparency in the judiciary and court proceedings.

Acting on an order passed by Justice Aniruddha Bose, the Registry of the Calcutta High Court made all arrangements and installed a video camera and a microphone inside court hall number 24. The proceedings on July 15 were recorded for nearly 45 minutes.

Justice Bose passed the order directing recording of court proceedings after persistent pleas by advocate Deepak Khosla. He had been trying to convince the judge for long to order video recording so that there is incontrovertible evidence of conduct of the counsel on the other side.

According to Khosla, he was being subjected to constant heckling and abuses inside the court room and recording could prevent diminution of the standing and authority of the court.

Acceding to his request on a day when the altercation between Khosla and the counsel on the other side reached a flashpoint, Justice Bose summoned registry officials and directed them to take approval from the administrative judge for setting up a camera and a microphone inside the court hall.

The July 15 order by Justice Bose stated that he was allowing Khosla’s request for video recording of the proceedings since there was no objection from advocates appearing for different parties in the civil case.

Justice Bose however added a caveat that “the proceedings being recorded today shall not form part of the official records of this court”. The order clarified that the recording would be for the purpose of assistance of the court, and such recording shall not be made available to any party or outsider unless otherwise directed by it.

Justice Bose also added that the “court shall have the power and authority to make necessary editing of the recorded version, removing any part there from which this court considers it necessary to avoid any scandalous or undesirable or irrelevant matter to remain on record”.

“As regards prayer of Mr. Khosla for video recording of the proceeding, I have permitted such recording as there was no objection from the learned Advocates appearing for the different parties. But I make it clear that the proceedings being recorded today shall not form part of the official records of this Court as there is no Rule of the Court as yet framed permitting video recording of the proceedings before the Court. The recordings would be for the purpose of assistance of this Court, like noting of submissions of the parties in course of hearing and such recording shall not be made available to any of the parties or outsiders unless otherwise directed by this Court, and this Court shall have the power and authority to make necessary editing of the recorded version, removing any part therefrom which this Court considers it necessary to avoid any scandalous or undesirable or irrelevant matter to remain on record.”

It may be recollected that as recently as in January 2015, a Bench of the Supreme Court headed by Chief Justice H L Dattu had dismissed a PIL which asked for installation of cameras inside the court halls of the top court.

The CJI had then orally remarked: “You want to put CCTV in the court? Right now whatever we discuss in the innermost chamber is also out there in the public. What we discuss among judges in the collegium meetings are also out in public. There is no need for CCTV.”

The Supreme Court thus continues to be out of bounds for video and audio recordings of its proceedings.

Earlier, the Advisory Council of the National Committee for Justice Delivery and Legal Reforms, chaired by the Minister for Law and Justice in the UPA Government, Mr. Kapil Sibal had made a recommendation for video recording of court proceedings and the judiciary’s views were sought. The Advisory Council included Planning Commission Deputy Chairman Montek Singh Ahluwalia, Attorney General G E Vahanvati, National Innovation Council chief Sam Pitroda and chairman of Parliamentary Committee on Law and Personnel Shantaram Naik. Sibal had said that the plan was to begin with video recording of the proceedings of the trial court. “…start with the trial courts as it is the foundation of the justice system,” he had remarked. Referring to the use of modern technology and IT in judiciary and legal system, Mr. Sibal said there was a need to put in place a “comprehensive technical plan” for the future. He had said technology should not remain limited to videographing court proceedings and “we should integrate it with the jails and the investigating process.” Sibal said the process would not be a “very expensive” affair with the availability of fiber optic connectivity. The proposal has made little headway since then.

Not just the Supreme Court, even the High Courts in India have not accepted pleas for video recording of court proceedings.

On September 26, 2011, the Bombay High Court had rejected an application filed by activist Indur Chhugani demanding videographing the proceedings in his petition challenging the 2009 Lok Sabha victory of Congress MP Priya Dutt on the ground that there was no such policy decision. Ironically, the Bombay High Court had on September 12 observed that videography of court proceedings can deter frivolous allegations against judges and, if broadcast, reduce crowding on court premises. But the court changed its stance after an affidavit filed by Registrar (Legal & Research) Nijamoddin Jamdar on September 26 that said video recording of court proceedings "may lead to serious and complex issues of practice and procedure and may also lead to misuse given that during the course of the hearing the learned judge may tentatively express his opinion."

A Division Bench of the Delhi High Court had also dismissed in August 2011 a plea for video recording of court proceedings filed by Deepak Khosla- a Delhi businessman, seeking video recording of proceedings. A single-bench of the Delhi High Court referred the plea to the Division Bench. The court said it was time to allow courts, particularly lower ones, videography of daily proceedings. The measure would not only discipline judges, the court observed, but also lawyer and litigants who try to win cases by show of force. But the larger bench in August dismissed the petition saying that "there is no specific legislation, provision or any law regulating the field."

"An effort has been made to give sermon in the name of transparency. An individual sermon cannot attain status of law…such a direction cannot be issued in the absence of legislative enactment," a bench of Chief Justice Dipak Misra and Justice Sanjiv Khanna had said, adding, petitioner Deepak Khosla, a businessman, did not have a "legal right" in this regard.

The court also disallowed him a "certificate to appeal in the Supreme Court" saying, "It does not involve a substantial question of law of general importance". Khosla who has been fighting nearly 20 cases in the court had said: "It will make court proceedings more transparent. All parties — the litigant, opposite party and the judge can be made accountable to what transpires in court and they shall not go back on their words. Human memory is fallible."

"If we really wanted our judiciary to be accountable to all and to demonstrate transparency in how it arrives at its decisions, we need to adopt audio recording of all proceedings," he said.

Interestingly, while referring Khosla's plea to the chief justice's bench, the Single Judge, Justice SN Dhingra had said  that the "step will also be deterrent against judges who do not come to courts on time as then there will be evidence against in this regard in the form of CDs and cassettes".

'Sunlight is said to be the best of disinfectants'. So observed Justice Brandeis in 1913. Almost a century later his famous observation inspired the naming a Bill in the US - the ‘Sunshine in the Courtroom Act’, but the same was not enacted.

On a similar note, the Supreme Court of Canada provides a live feed of all appeals to the Canadian Parliamentary Press Gallery. The Supreme Court of Victoria in Australia permits audio webcasts of some judgments and sentences are streamed live and are available for listening to on demand. The hearings before the UK Supreme Court are televised live.

In comparison, no Indian Court has any facility to record transcripts of the oral arguments made by the counsels, nor are there any official records of remarks made by judges inside the Court room. The only source of these oral conversations are media reports which are not always reliable. In one instance, the Supreme Court had even issued a suo moto contempt notice to a newspaper for misreporting court proceedings leading to an unconditional apology being tendered by the newspaper.

In an era where Parliamentary debates are televised/streamed online, the judicial reluctance to permit recording of Court proceedings seems absurd and archaic. The world over, there has been a tripatite tussle among the rights of the press to report court proceedings, the litigant's right to a fair trial and judicial reluctance towards having a camera in the court. Judges of the US Supreme Court are vocal about their uneasiness in front of the camera. For example, Justice Souter (US Supreme Court) was clearly not amused at the idea of having a camera in his Court as is evident from his remark before a congressional committee in 1996: the day you see a camera come into our courtroom its going to roll over my dead body. Chief Justice Rehnquist (US Supreme Court) was more concerned about the loss of mystique and moral authority that might result from camera exposure.

Justice Sonia Sotomayor of the US Supreme Court, at her confirmation hearings in 2009 said she was in favor of letting citizens see their government at work. “I have had positive experiences with cameras,” she said. “When I have been asked to join experiments of using cameras in the courtroom, I have participated. I have volunteered.” But she sung a different tune after her confirmation as US Supreme Judge saying that most Americans would not understand what goes on at Supreme Court arguments and that there was little point in letting them try.  “I don’t think most viewers take the time to actually delve into either the briefs or the legal arguments to appreciate what the court is doing,” she said in an interview. “They speculate about, oh, the judge favors this point rather than that point. Very few of them understand what the process is, which is to play devil’s advocate.”

Justice Sotomayor’s remarks led to the New York Times slamming her in an opinion piece published in its pages in 2013. It said : “Justice Sotomayor’s approach also sounds like an intellectual poll tax that could just as well justify limiting attendance in the courtroom to people smart enough and diligent enough to know what is going on.”

Justice Aniruddha Bose’s order allowing recording of court proceedings even though issued in the context of a particular case may give a fillip to the movement seeking greater transparency in judicial proceedings in India.  The order may perhaps be interpreted as a sign that judicial reluctance is slowly yielding to demands for more open justice.