“A Tea Seller And A Judge”: A Young Railway Judge’s Beautiful Retelling Of His Struggle With Morality And Law 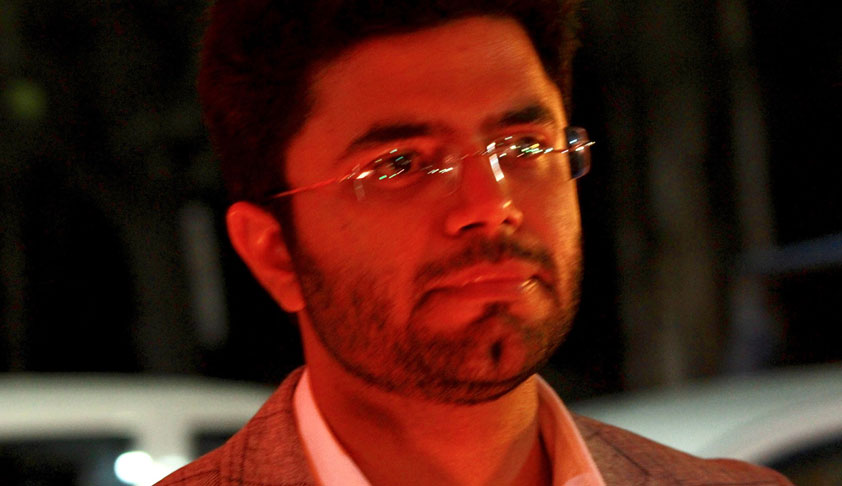 “For legal authority was there; but moral authority I had none,my nation’s law had somewhat failed, and poverty had won!”~ Bharat Chugh, “A tea seller and a judge”.Plenty a texts have been written on the need for imbibing morality in law, and extricating judges from the shackles of blindly and strictly adhering to the law of the land without infusing any life into it. Most these...

“For legal authority was there; but moral authority I had none,
my nation’s law had somewhat failed, and poverty had won!”~ Bharat Chugh, “A tea seller and a judge”.

Plenty a texts have been written on the need for imbibing morality in law, and extricating judges from the shackles of blindly and strictly adhering to the law of the land without infusing any life into it. Most these texts are, however, penned by legal scholars viewing the unfurling of law from outside the system. The poem quoted above is therefore special, for it comes from a judge himself—a judge beautifully recalling a struggle that is often viewed as an occupational hazard that comes along with the gavel.

The poem narrates the tale of the judge faced with the choice between punishing a poor tea seller for violating the law, or letting him off the hook for a crime that was merely the boy’s quest for earning an honest living.

Bharat Chugh, the author of this poem, is currently a Partner Designate at Luthra & Luthra Partners. He graduated in law in 2011 and practiced independently as a litigator for close to two years. Thereafter, in 2013, at the age of 23, he secured first rank in the prestigious Delhi Judicial Service Examination and joined as the youngest Civil Judge Metropolitan Magistrate in his batch. After a three and a half year stint as a judge, he resigned from the service at the age of 27 in order to return to his first love – the practice of law.

While he has since made his name as a reliable lawyer on a range of issues, this poem of his recently resurfaced, all thanks to Delhi High Court judge, Justice S. Muralidhar.

Speaking at a lecture organised by the National Law University-Delhi, Justice Muralidhar spoke about the young Railway Magistrate’s “poignant poem” that helped even the higher court to get a better perspective on the issue.

Bharat now tells us that he wrote the poem in an encounter that rankled his conscience, when a visibly impoverished eighteen-year-old boy was produced before him for selling tea in a train without license. He was charged under Section 144 of the Railway Act, 1989, which penalises hawking and begging in any railway carriage or any part of the railway, except under a license given by the railways. The provision prescribes jail sentence of upto one year and fine from Rs. 1000 upto Rs. 2000.

Upon enquiry, Bharat came to know that the boy before him had migrated to Delhi from a drought-struck village, and that his father was a farmer who had committed suicide. The boy had relocated to find decent work and send money back home for his widowed mother and younger siblings.

Shook from having witnessed several such cases, Bharat now explains the jarring effects that such laws have had on the destitute population, saying, “I found this provision to be extremely harsh and regressive in its operation, especially on some very young people (like this boy) who come to Delhi with dreams in their eyes; dreams of sending money back home to their village, but who could never get out of the Railway Station. Where, in an atmosphere characterised by extreme social-darwinism, they somehow make ends meet by selling things like tea, biscuits, chips or doing odd jobs; who are often prosecuted and persecuted.”

He points out that the law in point losses sight of a very basic principle of criminal law, that the accused should possess guilty intention for committing the said crime. The idea was, of course, motivated by witnessing the criminals before him through a more human lens and in the process, seeing them as people desperate to survive.

“These people do not hawk or beg in the trains voluntarily, or with an intention to cause disturbance or nuisance to others, but out of circumstantial duress and necessity. It is an act of desperation; of survival and not a conscious career choice that they make. They do not act as free agents. In such circumstances, is it fair for the State to prosecute them? Shouldn’t they should be protected by the defence of necessity?” he asks.

Fortunately, he says that he invoked the judgment in the case of Ram Lakhan v. State to exonerate the boy before him, as well as countless others. The Delhi High Court had therein held that in cases where a person is compelled to beg on account of his sheer penury, he would be entitled to invoke the defence of necessity. He calls for utilisation of this verdict in more cases pertaining to Railway Act and other similar legislations. This, he says, is to ensure that in cases where a person hawks or begs out of abject poverty and merely with a view to survive, he/she should not be punished.

“He/she is already a victim of circumstances and not an offender. The constitutional vision of justice demands that the Courts in all such cases should satisfy themselves as to whether such an accused has the defence of necessity or not, even if not pleaded by him. Most of these people do not have lawyers and it would be unfair to expect them to invoke and prove this defence themselves. This is where the courts should drop the mantra of ‘minimalism’, recalibrate the proverbial scales of justice and actively inquire into the circumstances of the case and wherever needed, invoke this defence suo motu,” he asserts.

He now advocates for dialogue on such regressive laws, so as to ensure that they do not lead to criminalisation of the poor.

“Our constitutional framers envisaged an Idea of India where not only ‘nobody should beg’, but ‘nobody should have to beg’. A sensitive and responsive approach to adjudication by the courts is also the need of hour, if we are to bridge the widening gap between ‘judging’ and ‘justicing’,” he says.

Here is the full text of the poem