Breaking: Kerala HC Upholds The Right Of An Individual To Live As A Transgender, Dismisses Mother's Habeas Plea [Read Judgment] 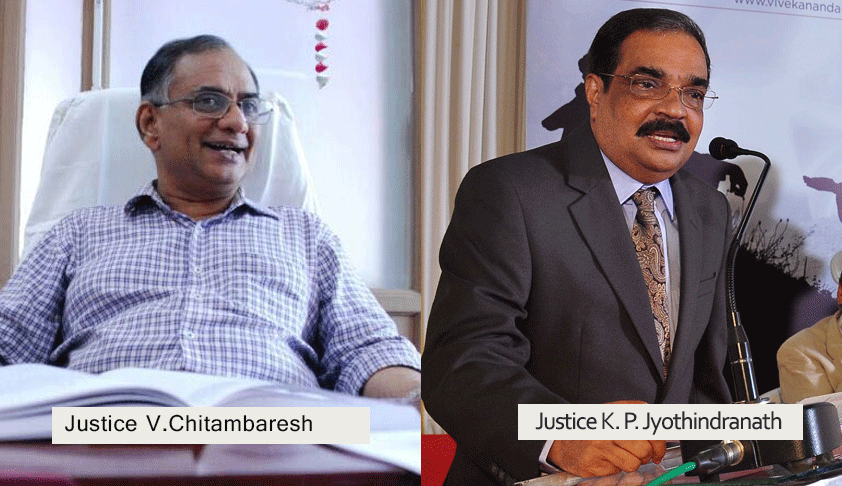 In another significant win for the LGBTQ community, the Kerala High Court last week refused to allow a habeas corpus petition filed by the mother of a transgender person, asserting that the transgender had "the right to wander about or associate with likeminded people and cannot be compelled to be at his parental home" as demanded by her mother.

The Bench comprising Justice V. Chitambaresh and Justice K.P. Jyothindranath has held that the freedom of speech and expression guaranteed under Article 19(1)(a) of the Constitution of India takes within its sweep the right of a person to live as a transgender.

"We, therefore, hold that the values of privacy, self-identity, autonomy and personal integrity are fundamental rights guaranteed to members of the transgender community under Article 19(1)(a) of the Constitution of India and the State is bound to protect and recognize those rights.”

The transgender person's mother had approached the court contending that her son had been detained by some transgenders and that he suffered from a "mood disorder with psychotic features". She had further submitted that her son had changed his name to Arundhathi and was roaming in the company of other transgenders, thereby exposing himself to the risk of physical abuse and organ transplant.

Her son, on the other hand, appeared before the Court dressed as a female and submitted that she is a transgender by birth and does not suffer from any sort of mental aberration. She, however, informed the Court about the psychiatric treatment that she had been subjected to, and had demanded immediate medical/psychological evaluation.

Acceding to her request, the Court had then ordered such evaluation, after being satisfied that this would not be termed as judicial overreach. This medical report had now found that the transgender did not have any thought disorder or hallucinations or inappropriate mood, indicating that she did not suffer from any mental incompetency.

The Court then observed that the transgender was having an "identity crisis", and quoted the words of Iago the villain in the Shakespeare's play 'Othello': "I am not what I am".

The Court went on to note that the self-identification of the person before it as a transgender was evident by her speech, mannerism and clothing, which the Court claimed to have noticed during its interaction with her. This, it said, had also been supported by the medical report, which had found that she fits the label of 'transgender' as per the Diagnostic and Statistical Manual 5th Edition (2013).

The Court further referred to the decision in the case of National Legal Services Authority vs. Union of India, (2014) 5 SCC 438, wherein the Apex Court had directed Centre and the State Governments to recognize transgender as the third gender and also to provide them with the benefits of socially and economically backward class.

The High Court inter alia quoted the following passages from the Supreme Court judgment, opining that these would dispel any lingering doubts about the rights of the person as a transgender:

Often the State and its authorities either due to ignorance or otherwise fail to digest the innate character and identity of such persons. We, therefore, hold that the values of privacy, self-identity, autonomy and personal integrity are fundamental rights guaranteed to members of the transgender community under Article 19(1)(a) of the Constitution of India and the State is bound to protect and recognize those rights.”

The Court, therefore, refused to allow the mother's prayer for issuance of a writ of habeas corpus.