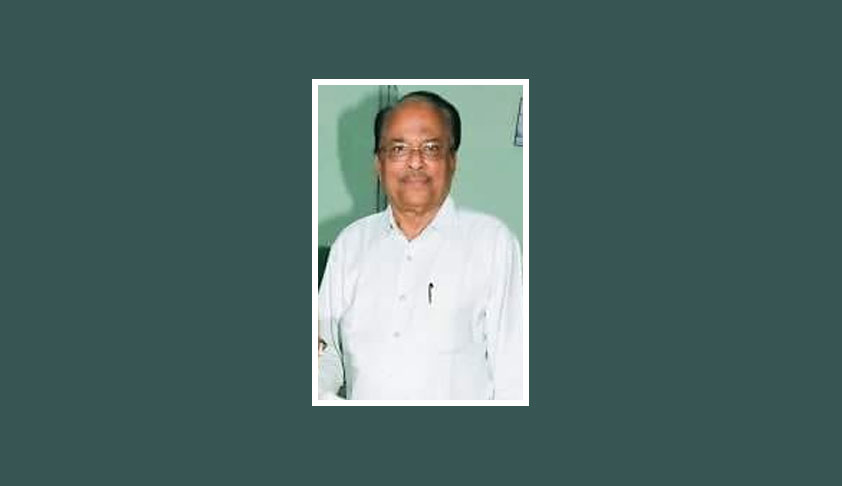 Senior Advocate MPR Nair passed away in the morning of May 7, 2018, at the age of 84 at his residence at Palarivattom in Ernakulam district of Kerala.  He suffered no major ailment and had a peaceful demise. He was cremated the next day in the presence of a large gathering cutting across all sections of the society vindicating his acceptance as a prominent citizen of this city.He was born on...

Senior Advocate MPR Nair passed away in the morning of May 7, 2018, at the age of 84 at his residence at Palarivattom in Ernakulam district of Kerala.  He suffered no major ailment and had a peaceful demise. He was cremated the next day in the presence of a large gathering cutting across all sections of the society vindicating his acceptance as a prominent citizen of this city.

He was born on May 2, 1934, in a small hamlet called Pazhayangadi near Payyannur to the late M Neelakandan Nair and the late Devaki Amma.

In those days, Pazhayangadi was rather an inaccessible village but exceptionally blessed by nature. On the east is the Pazhayangadi River, on the south the Arabian Sea, on the west Ezhimala and on the north Madai Hills. Because of this particular topography, Pazhayangadi had a very few establishments except a railway station. Save an elementary school, run by a private management, there were no other educational institutions, from where he completed his studies up to VII standard. The nearest high school was in Cherukunnu about five miles from Pazhayangadi, from where he completed his SSLC in first class in the year 1950.

Since there were no colleges in that area, college education being virtually unheard of in his village, he applied for and obtained admission in the Government Arts College, Mangalore, for what was then known as 'Intermediate'. Thereafter, he obtained full scholarship for B.Sc. Physics in the Alagappa College, Karaikudy, Tamil Nadu, from where he completed the course with first class and was awarded the degree by the Madras University, thus acquiring the honour of being the first graduate member of the family.

He wanted to pursue Masters in Physics, for which purpose he applied for and obtained admission in the same college as demonstrator in Physics. However, since his family at that time was unable to support his dreams financially on account of the indisposition of his father, he left the college to join the Office of the Accountant General, Bangalore lured by a higher salary. After working there for a while, his restlessness to achieve higher goals got the better of him and in 1961, with the help of his uncle, who was already in London, left India.

He went to London on December 3, 1961, with the dream of obtaining a Law degree and applied to the Middle Temple, one of the Inns of Law, to read to be a Barrister-at-Law. To sustain himself in London, he applied to the Windsor Grammer School, Windsor, as a teaching assistant and being blessed by an innate love for language, was accepted by the said school.

He read in the Middle Temple, London, to be invited as a Barrister-at-Law in the year 1964. After a short stint in London and persuaded by his mother, he returned to India to be enrolled as an advocate with the Bar Council of Kerala in the year 1965. After clearing the Bar Examination, he joined the Chambers of Justice VR Krishna Iyer in the year 1966 and worked under him along with a host of other juniors, some of whom later became Judges and very eminent lawyers of this court.

Justice Krishna Iyer was elevated as a judge of the Kerala High Court on July 12, 1968, and he, with the full blessing of his senior, began his small law office immediately thereafter. The office soon expanded, commanding a varied and lucrative practice and he was one of the most sought-after advocates by companies, banks and other financial institutions and individual clients. He practiced mainly on Constitutional Law, KER, banking, financial and other commercial laws.

He was designated as a senior advocate of Kerala High Court in the year 2006. Along with his practice of law, he was deeply involved in various social and cultural causes, and was associated with many organizations either as its member, office-bearer or patron. He was the state president of the Bharat Vikas Parishad, district governor of the whole of Kerala Lions Clubs, was associated with Y's Men movement, Free Masonry and such other.

As a homage to his senior, he, along with the other juniors, relatives and friends of Justice Krishna Iyer, founded the VR Krishna Iyer Foundation for Law (later called the Sarada Krishna Sadgamaya Foundation for Law), of which he was the secretary for a long period of time. He was also actively involved in the People's Council for Social Justice, an organisation conceptualised to bring succor to the less privileged and marginalised sections of the society, of which he was the general secretary till about 2010.

After an eventful career at the Bar, he led a semi-retired life after 2010 on account of minor indisposition, and he retired completely from active practice when his son, Justice Devan Ramachandran, was elevated to the bench.