Aadhaar [Day 36]: There Is No Verification To Ensure That An individual Applying For Aadhaar Is A Bonafide Resident, Says Shyam Divan In His Rejoinder 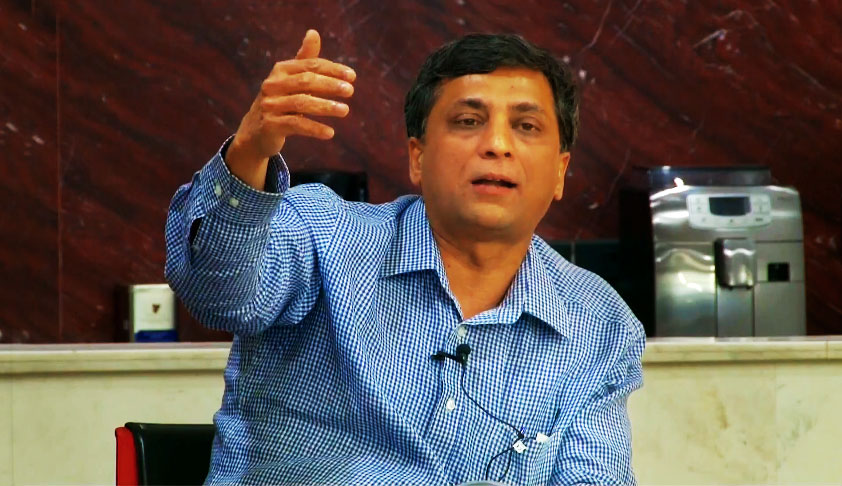 On Day 36 of the Aadhaar hearing i.e., Thursday, Attorney General KK Venugopal advanced submissions on the mandate of Aadhaar-SIM card linkage in the light of the February 6, 2017 order of the Supreme Court in Lokniti Foundation v. UOI.“How is the linking relatable to Section 7 (of the Aadhaar Act of 2016),” asked Justice DY Chandrachud.“The petitioners (in Lokniti Foundation) had...

On Day 36 of the Aadhaar hearing i.e., Thursday, Attorney General KK Venugopal advanced submissions on the mandate of Aadhaar-SIM card linkage in the light of the February 6, 2017 order of the Supreme Court in Lokniti Foundation v. UOI.

“How is the linking relatable to Section 7 (of the Aadhaar Act of 2016),” asked Justice DY Chandrachud.

“The petitioners (in Lokniti Foundation) had wanted something and the government concurred. Where is the question of a direction,” inquired Justice AK Sikri.

“The Aadhaar was made optional as per the interim order passed in Lokniti (it may be noted that the Supreme Court had last week denied mandating the Aadhaar-SIM card linkage), but it will only remain optional till the final disposal of the matter,” replied the AG.

Senior counsel Shyam Divan commenced rejoinder arguments on behalf of the petitioners: “After I ended my arguments on March 9, the Union filed an affidavit to which an expert report dated March 4 by Mr. Manindra Agarwal from IIT was appended...The Report says that the biometric database is accessible to third party vendors such as Morpho, L1, Accenture etc...This has now been expressly conceded...the report also says that leakage of the verification log can lead to forged identities and revealing of location...it may even result in leakage of location data, that is, the location of the places where the transactions were carried out...”

He pointed to Agarwal’s name on the Technology and Architecture Board as well as the Security Committee of the Aadhaar project. “This gentleman is therefore clearly very well versed in the ecology of Aadhaar,” commented Divan.

“The report only says that you cannot have perfect security and that there may be a loss of privacy in the digital world...but Aadhaar is not responsible for that...,” remarked Justice Chandrachud.

Responding to UIDAI CEO Dr. Ajay Bhushan Pandey’s PowerPoint presentation, Divan contended, “The presentation says that every registered biometric device will have traceability...This is to prevent fraud, but what it means is that you have an electronic trail which goes back to each device...”

“On April 25, Rakesh Dwivedi (senior advocate; UIDAI and state of Gujarat) made the argument that the UIDAI and the CIDR are separate and autonomous, and unless there is a collusion, there would not be any surveillance. But the point is that the State cannot authorise an instrumentality which has such tremendous power and control...There is no Chinese Wall between the UIDAI and the State...,” he continued.

“The Aadhaar may be technologically brilliant, but is constitutionally impermissible...Fundamental Rights in Part III of the Constitution are too valuable to be sacrificed in this fashion...,” he submitted.

Moving on to the issue of balancing of interest, Divan advanced, “Like the Rubicon, there are certain rivers which, once you cross, you tip over into a very different situation...If the Court agrees that the Aadhaar is an engine for surveillance, there can be no question of balancing. The Constitution expressly rejects it”.

“The march towards technology is inexorable. No court or government can stop it,” noted Justice Chandrachud, adding, “the human rights perspective is not only about privacy, but also about securing benefits to the segment of society that could not access them earlier”.

“This is not a case where a person who was not receiving entitlements under welfare schemes earlier would begin to enjoy them now. The government's case is that there are savings in the distribution of welfare benefits...,” responded Divan.

“The government's case is that these savings can be utilized to reach people who are in need of the welfare benefits,” observed Justice Sikri.

“The Maastricht Guidelines have said that the issue is not the quantity of food, but access to food,” remarked Justice Chandrachud.

Thereupon, Divan drew the attention of the bench to the responses of the UIDAI to the queries posed by the petitioners in the light of the PowerPoint presentation- “The first question was to confirm that no UIDAI official conducts any verification at the stage of enrolment...Another question sought to clarify that the UIDAI takes no responsibility for correct identification of a person...The ID number is being issued without any verification by the UIDAI. They do not even check whether the documents presented to the enrolment agencies are genuine or false. Also, the Authority shrugs off any responsibility in this behalf...The Aadhaar is essentially a self-declaration system of verification... Nobody in the government undertakes any verification in respect of such details as age and date of birth...this information is only derived from the data fed in at the time of enrolment...they have candidly admitted to it...it has also been conceded that the Aadhaar does not identify a person, but only effects a match...”

“There is even no verification to ensure that the individual applying for Aadhaar is a bonafide resident, and not an illegal immigrant. An interim order of this Court dated September 23, 2013 specifically states that Aadhaar shall not be issued to illegal immigrants. The UIDAI has confirmed that there is no verification of the satisfaction of the 180-day residence requirement. This is blatant disobedience of the apex court’s order,” he continued.

“Our next question was to confirm that Aadhaar is probabilistic as a means of identification. We had asked for numbers pertaining to rejections, but the specific question has not been answered. But if one individual succeeds once in six times, they perceive it as 100% success...However, they admitted that biometrics become increasingly unreliable with age...,” Divan concluded for the day.