Aadhaar- [Day 2- Session-1] We Are Being Compelled By State To Part with Our Sensitive Data To Private Bodies: Shyam Divan 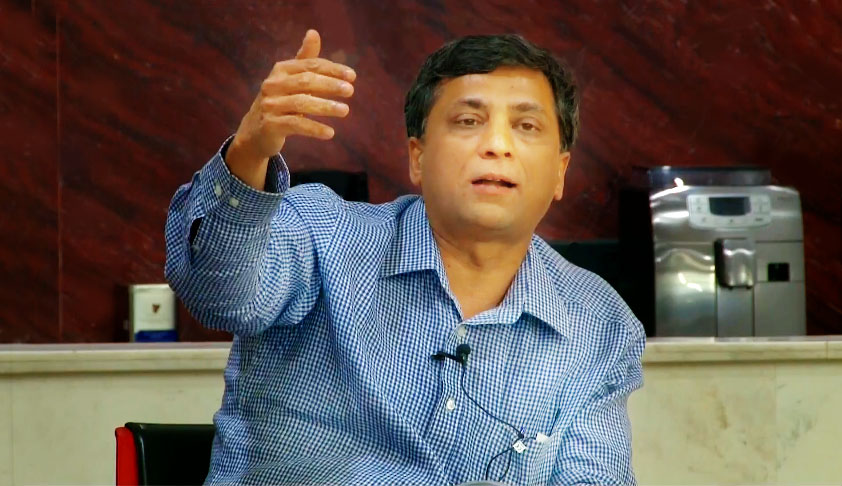 On Day 2 of the Aadhaar hearing, Senior Counsel Shyam Diwan resumed his arguments for the petitioners before a constitution Bench of the Supreme Court.Diavn asked the bench comprising CJI Dipak Misra and Justices Sikri, Chandrachud, Khanwilkar and Ashok Bhushan to bear in mind three aspects in respect of his submissions on Thursday- integrity of the process being followed for the collection...

On Day 2 of the Aadhaar hearing, Senior Counsel Shyam Diwan resumed his arguments for the petitioners before a constitution Bench of the Supreme Court.

Diavn asked the bench comprising CJI Dipak Misra and Justices Sikri, Chandrachud, Khanwilkar and Ashok Bhushan to bear in mind three aspects in respect of his submissions on Thursday- integrity of the process being followed for the collection of personal and biometric information; integrity of the information being collected; and the pervasive invasion of the Fundamental Rights, in view of the privacy concerns, the personal autonomy of an individual over their body and the element of compelled speech.

Referring to the organisational hierarchy under the Aadhaar scheme, elaborated on Wednesday, as per the notification of January 28, 2009, the Senior Counsel expressed concern regarding the ‘operator’ being a private person for whom the only criteria of eligibility prescribed are the attainment of majority and the 10+2 educational qualification.

Thereupon, he directed the five-judge Constitution Bench to the Aadhaar Enrolment Form, as it existed prior to the enactment of the Aadhaar legislation of 2016.

“The form does not state that the enrolment is voluntary; there is no mention of the requirement to part with biometric information; no provision for verification when the data is collected, either by the individual or otherwise; no indication on the form of the basis of the collection of information; and there no kind of counselling to apprise the individual of the reasons, advantages and pitfalls of the enrolment”.

“Your Lordship had asked if there is an objection by any of the present petitioners to the use, if at all, by the State, of the data collected under the Aadhaar scheme for any specific purpose. May I submit that the Aadhaar was at its inception envisaged as a general purpose programme”.

“It is a patently defective and unconstitutional information base that is intended to replace the Know Your Resident (KYR) and Know Your Customer (KYC) systems. When the form was used for Aadhaar enrolment, there was no law in force. Why should I be compelled to part with my name, address and gender to the enrolment agency that is a private person”, continued the Senior Counsel.

“The form, in its Part B, requires the disclosure of mobile number and the bank account details. The collection of such sensitive information is purely a sovereign function that cannot be delegated to private agencies; the State alone can be trustee of such data”, argued Mr. Diwan.

“A sting operation was conducted by a news channel where three enrolling agencies were asked to release the demographic data collected by them under the Aadhaar scheme, and each of them agreed to reveal the same in consideration of money.  The information gathered under the project is valuable and of use for commercial purposes like marketing. Clearly it is not secure in the hands of the private players”, submitted the Senior Counsel.

Speaking about the unconstitutionality of the declarations in the form that the individual applying for enrolment has no objection to the sharing of the information, Mr. Diwan argued,

“The UIDAI has no privity of contract at all with these enrolment agencies”.

He indicated an affidavit on record of a person compelled to enrol for Aadhaar and communicate his consent to the sharing of the information in order to be able to enter into a registered marriage.

“The declaration in the form that ‘the biometric and other information provided by me to the UIDAI is mine and correct’ is in the nature of self-attestation. It is not to be construed as consent for the usage of information for every purpose”, continued the Senior Counsel.

Further, he stated that the form allows three forms of verification- document based, introducer mode (requiring verification by an acquaintance, being a person of respect in the society) and the third, based on verification by the head of family.

“The form necessitates the stamp of the verifier. It is very important to note that even the verifier is a private person, appointed by the Registrar”.

Refuting the ‘purpose’ argument advanced by the government in favour of Aadhaar, Mr. Diwan said, “Of the 93 crore persons enrolled by 2015, merely  0.03% people have needed to resort to introducer verification. This means that almost every citizen of India has one ID proof or the other”.

In respect of the documents that the form accepts by way of proof of name, address etc, the  Senior Counsel for the petitioner contended, “I am being forced to submit photocopies of my bank statement, my passport to private third parties”.

At this juncture, Justice A. K. Sikri intervened,

“There are about 20 documents that are being accepted. And they are only options. It is not mandatory to submit each one of them”.

“I am questioning whether a design of this sort is at all constitutional where it is not backed by any statute. Other than times of emergency, one cannot be compelled to mortgage oneself to the State”, replied Mr. Diwan.

“Even when you apply for an insurance policy or a mobile connection, the private insurance agent or the mobile service provider requires proof of address. So why is there an issue with parting with the same proof to the government?”,  interjected Justice Chandrachud.

“There are bank accounts also that can be opened and maintained with zero balance. Even a statement of such an account could be proof of address. In that case, no Confidential information shall be disclosed”, added Justice Sikri.

“Here, the private enrolment agency is not your banker or insurance agent or mobile service provider. You have no contract with the enrolling agencies. We are being compelled by the State to part with such sensitive data to private bodies. If it were on similar lines as the Census Act where the demographic data is collected by the State, it would have been acceptable”, submitted Mr. Diwan in response.

Thereafter, he referred to the Aadhaar enrolment form for the state of Kerala, wherein, besides the information sought by the UIDAI, the state government is collecting information under additional heads by way of KYR+.

“The state is asking the individual to disclose such data as marital status, whether they belong to the general category or SC, ST or OBC, their highest educational qualification, whether their house is rented or a self-owned property, occupation, details of driver’s license, voter’s ID, Pan Card, LPG connection, Ration card etc”, explained Mr. Diwan. This implies that there is no uniformity so far as the information to be gathered is concerned.

When the hearing resumes post lunch hour, the Senior Counsel shall elaborate on the concerns regarding the registrar, which is one wrung above the enrolment agency in the hierarchy.