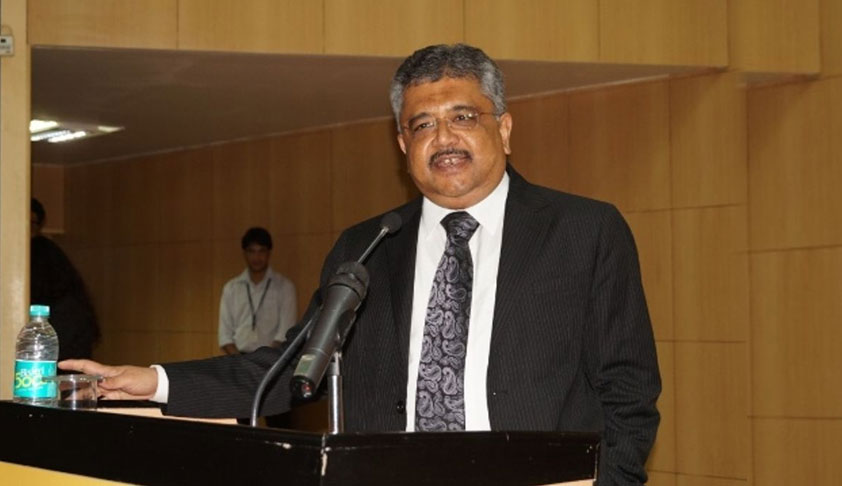 On Day 26 of the Aadhaar final hearing, ASG Tushar Mehta commenced his submissions on the mandate of Aadhaar-PAN linkage under Section 139AA of the Income Tax Act, in the light of the tests prescribed in the 2017 Justice KS Puttaswamy judgment which any state action seeking to curtail the right to privacy must clear- test of statutory backing; of legitimate state aim; and of...

On Day 26 of the Aadhaar final hearing, ASG Tushar Mehta commenced his submissions on the mandate of Aadhaar-PAN linkage under Section 139AA of the Income Tax Act, in the light of the tests prescribed in the 2017 Justice KS Puttaswamy judgment which any state action seeking to curtail the right to privacy must clear- test of statutory backing; of legitimate state aim; and of proportionality.

In context of the mandatory Aadhaar-PAN linkage, as required under Section 139AA of the Income Tax Act of 1961, the ASG advanced that Justice AK Sikri and Justice Ashok Bhushan had canvassed the aforesaid tests in the 2017 Binoy Viswam case, though for the limited purpose of Article 19. Even though the aspect of privacy had not been examined therein, the 2017 nine-judge bench judgment upholding the right to privacy as a fundamental right retrospectively validated the observations in Binoy Viswam.

“The demographic information that is being gathered under the Aadhaar scheme was already sought under Section 139A of the IT Act since 1989...the left thumbprint of individuals who were illiterate was also procured...PAN cardholders do not have any interest in objecting to the collection of the same data under the Aadhaar project,” argued Mehta. In this respect, the bench remarked that the thumbprint and other personal information sought for issuing PAN remained on the application form alone and there was no requirement for repeated authentication.

Emphasising on the necessity for securing the uniqueness of PAN, he submitted that over 11.35 lakh instances of duplicate or fraudulent PAN have been detected and such PANs could be abused for the purpose of tax evasion, setting up of shell companies, money laundering and accumulation of black money. Considering that the documents required for obtaining PAN can be forged easily, by linking the PAN database with that of Aadhaar, deduplication could be affected. Further, as PAN is issued even to companies, the collection of biometric data under the Aadhaar scheme would go a long way in averting misuse of the former, considering that the use of fingerprints and iris scan enhances the success rate of deduplication as compared to mere demographic data. The ASG cited an instance where as many as 3,000 bogus demat accounts were created through the use of PAN coupled with photographs of different individuals.

He recited portions of the February, 2013 Budget speech of the Finance Minister, describing the extent of tax evasion and offering lesser income tax than what is actually due: “India’s tax to GDP ratio is very law, and the proportion of direct tax to indirect tax is not optional from the viewpoint of social justice...From all these figures, we can conclude that we are largely a tax non-compliant society. The predominance of the cash in the economy makes it possible for the people to evade their taxes. When too many people evade the taxes, the burden of their share falls on those who are honest and compliant.”

The CAG report on the widening of tax base and the gap between PANs and the number of returns filed on account of issuance of duplicate PAN cards was relied on. The bench expressed doubts as to how much of this gap could be imputed to duplicate PANs.

During the course of hearing on Tuesday, the recommendations of the SIT on black money, headed by Justice MB Shah (retd.) were quoted. The SIT had in its second report observed, “At present, for entering into financial/business transactions, persons have an option to quote their PAN or UID or passport number or driving license or any other proof of identity. However, there is no mechanism/system at present to connect the data available with each of these independent proofs of ID. It is suggested that these databases be interconnected. This would assist in identifying multiple transactions by one person with different IDs”.

The SIT had, in its third report, recommended the establishment of a Central KYC Registry. In the Binoy Viswam case, it was advanced that the rationale for the SIT recommendations was to prove a verifiable and authenticable identity for all individuals and Aadhaar provides a mechanism to serve that purpose in a federated architecture without aggregating all the information at one place.

The ASG also reiterated that linking of Aadhaar with PAN is consistent with India’s international obligations and goals. India has signed the Inter-Governmental Agreement (IGA) with the USA on July 9, 2015, for improving international tax compliance and implementing the Foreign Account Tax Compliance Act (FATCA). India has also signed a multilateral agreement on June 3, 2015, to automatically exchange information based on Article 6 of the Convention on Mutual Administrative Assistance in Tax Matters under the Common Reporting System (CRS).  As part of India’s commitment under FATCA and CRS, financial sector entities capture the details about the customers using the PAN. In case the PAN or submitted details are found to be incorrect or fictitious, it will create major embarrassment for the country.

The bench on Tuesday insisted that the ASG address concerns regarding interference with the right to privacy.

Earlier, Attorney General KK Venugopal had concluded his submissions on contentions of excessive delegation under the Aadhaar Act of 2016 and the retrospective validation granted under its Section 59. In respect of privacy and data sharing, he had cited an instance where the UIDAI had refused access to biometric information to the CBI in connection with a rape case.