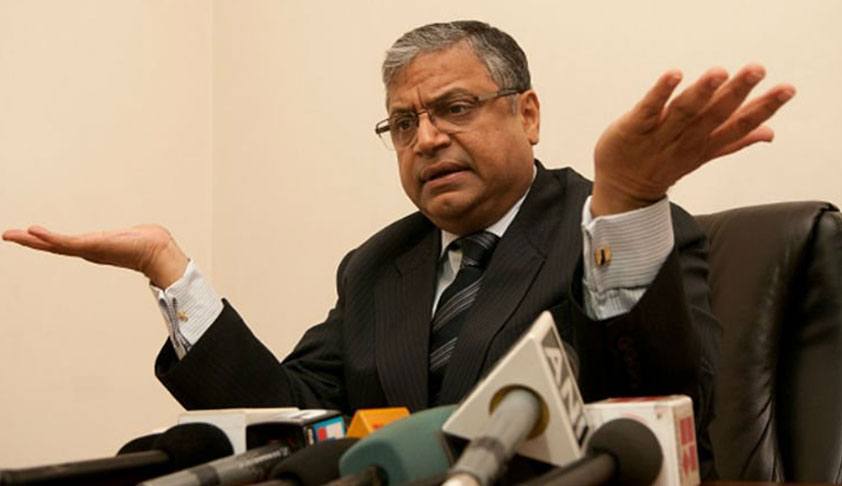 As the hearing in the string of writ petitions challenging the constitutionality of the Aadhaar (Targeted Deliveries of Financial and Other Subsidies, Benefits and Services) Act of 2016 resumed before the five-judge constitutional bench of the Supreme Court, senior counsel Gopal Subramanium continued his submissions on Tuesday.Reading the 2017 judgment in Justice KS Puttaswamy, upholding...

As the hearing in the string of writ petitions challenging the constitutionality of the Aadhaar (Targeted Deliveries of Financial and Other Subsidies, Benefits and Services) Act of 2016 resumed before the five-judge constitutional bench of the Supreme Court, senior counsel Gopal Subramanium continued his submissions on Tuesday.

Reading the 2017 judgment in Justice KS Puttaswamy, upholding the right to privacy as a fundamental right, with the judgments in NALSA v. UOI (2014), wherein the right of transgenders was read into Articles 15 and 21, and Subramanian Swamy v. UOI (2016), where it was observed that the right to life in Article 21 includes the right to reputation, Subramanium advanced, “Article 21 encompasses the concept of dignity. The Aadhaar project is accordingly unconstitutional”.

“It is a settled position that in case of a conflict between individual rights and state interests, the former are given priority over the latter. In addition to the principle of non-discrimination in Article 14, it is necessary that each state action passes the test of due process, substantively as well as procedurally. The Aadhaar Act lacks legitimacy in its object in so far as it validates breach of fundamental rights retrospectively. It is also characterised by excessive delegation. For an aim to be legitimate, it is necessary that the means adopted also be legitimate. The means resorted by the Act of 2016, being biometrics and algorithm, itself is unsatisfactory,” he continued.

Referring to the Theory of Potential Harm, it was advanced that the Act fails to survive the examination in context of the theory.

Citing the 2017 Supreme Court judgment in Binoy Viswam, regarding linking of Aadhaar number with PAN card under Section 139AA of the Income Tax Act of 1961, he pointed out the observations regarding social benefit and application to Services offered by private entities.
Responding to the question posed by Chief Justice Dipak Misra at the previous hearing as to whether the Aadhaar scheme accords primacy to the virtual individual over and above the ‘flesh-and-blood’ individual, Subramanium cited the excessive dependence on digital means, without assigning answerability to any real person, and the lack of access to justice.

At a subsequent stage, Justice AK Sikri remarked that Subramanium’s arguments regarding the Aadhaar project being violative of reasonableness as contemplated in Article 14 are his own improvisation.

Responding to Justice DY Chandrachud’s remark at the previous hearing that status is a prerequisite for social mobilisation, Subramanium advanced, “The Aadhaar scheme, in fact, impedes mobilisation and perpetrates intrusion...in addition to civil death, it confers the power to result in the constitutional death of a citizen.”

Referring to the omnipresent characteristic of the project, he submitted that it hinders self-realisation of an individual. Further, indicating the probabilistic nature of biometrics, he stated that rights and entitlements conferred under the Constitution cannot be left to chance and at the mercy of an algorithm the UIDAI cannot control.

“The project envisages the procurement of an Aadhaar card to even be issued a birth certificate. The State is treating its citizens like a flock of sheep,” he remarked.

Thereupon, he relied on the Justice KS Puttaswamy judgment, in so far as it deals with District Registrar & Collector, Hyderabad v Canara Bank [AIR 2005 SC 186]. In the 2005 judgment, the apex court had observed, “ ... if the right (to privacy) is to be held to be not attached to the person, then ‘we would not shield our account balances, income figures and personal telephone and address books from the public eye, but might instead go about with the information written on our foreheads or our bumper stickers’.”

He continued to refer to Justice Chandrachud’s judgment in the Justice KS Puttaswamy case: “Privacy is a concomitant of the right of the individual to exercise control over his or her personality. It finds an origin in the notion that there are certain rights which are natural to or inherent in a human being. Natural rights are inalienable because they are inseparable from the human personality”.

In the spirit of the argument that Aadhaar perpetrates exclusion from social security schemes, he advanced, “Exclusion implies discrimination which is unconstitutional”, adding that the Indian Constitution harmonises Joseph Raz's concept of exclusionary reasons and the idea that individuals can have rights against the state which precede an explicit legislation as propounded by Ronald Dworkin.

Questioning the feasibility of the provisions regarding counselling and procurement of informed consent in the Act of 2016, he cited the Supreme Court judgment in Behram Khurshed Pesikaka v. State of Bombay (1954), wherein it was observed, “We think that the rights described as fundamental rights are a necessary consequence of the declaration in the preamble that the people of Indian have solemnly resolved to constitute India into a sovereign democratic republic and to secure to all its citizens justice, social, economic and political; liberty of thought, expression, belief, faith and worship; equality of status and of opportunity. These fundamental rights have not been put in the Constitution merely for individual benefit, though ultimately they come into operation in considering individual rights. They have been put there as a matter of public policy and the doctrine of waiver can have no application to provisions of law which have been enacted as a matter of constitutional policy.”

He also relied on the decisions of the Federal Constitutional Court of Germany in the Micro census case (1969) and Census case (1983). In the former, it was held that it is an infringement of human dignity to catalogue and register an individual and that there has to be an area in which there is no invasion and the individual can enjoy in solitude. In the latter, it was observed that the right of informational self-determination has its roots in the constitutional guarantees of personhood and human dignity, and it accords the individual the liberty to decide about the disclosure as well as the use of their personal data.

The hearing shall continue tomorrow.