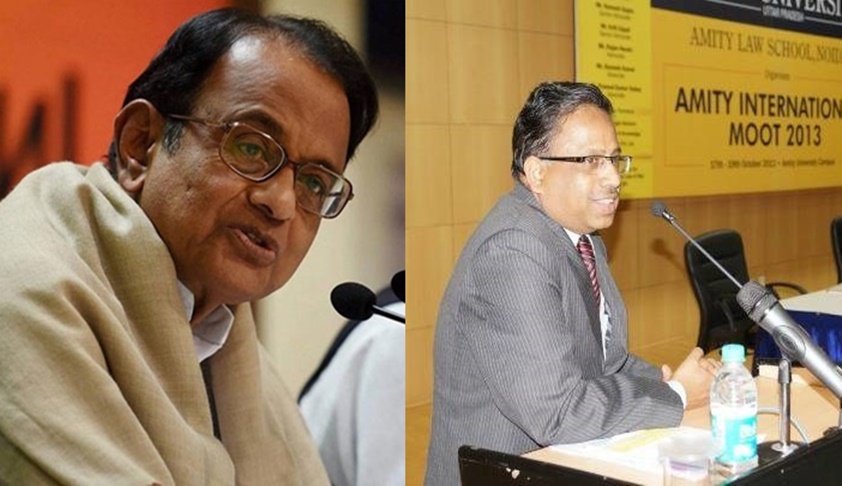 On Day 16 of the Aadhaar hearing, senior counsel P Chidambaram, appearing on behalf of Congress leader Jairam Ramesh, one of the petitioners, resumed his argument that Article 110(3), in so far as it provides that the decision of the Speaker of the Lok Sabha as to whether a Bill is a ‘Money Bill’ shall be final, does not exclude the scope of judicial review.Several judgments in context...

On Day 16 of the Aadhaar hearing, senior counsel P Chidambaram, appearing on behalf of Congress leader Jairam Ramesh, one of the petitioners, resumed his argument that Article 110(3), in so far as it provides that the decision of the Speaker of the Lok Sabha as to whether a Bill is a ‘Money Bill’ shall be final, does not exclude the scope of judicial review.

Several judgments in context of the said contention were discussed:

Chidambaram on Tuesday submitted that in the said case there was no deliberation on why the Act was introduced as a Money Bill.

Breaking: SC Extends Deadline for Mandatory Linkage Of Aadhaar With Bank Accounts And Mobile Till The Disposal Of Aadhaar Cases [Read Order]

The bench also directed the senior counsel to the judgment in M/S Mangalore Ganesh Beedi Works v. State of Mysore (1962), wherein it was ruled, “...even assuming that it was the ground that (the 1955 amendment to the Indian Coinage Act of 1906) offends Arts. 197 to 199, being a taxing measure, its validity could not be challenged on Art. 202 of the Constitution, because of the procedure laid down in Art. 212 which prohibits the validity of any proceedings of a legislature from being called in question for irregularity of procedure...”

Expressing doubts regarding the relevancy of the aforesaid judgment, Chidambaram proceeded to discuss how the introduction of the Aadhaar Act of 2016 as a Money Bill strikes at the federal character of the Constitution in so far as the Rajya Sabha has been bypassed.

In the same context, he relied on the Supreme Court judgment in Kuldip Nayar v. UOI (2006).

In the light of the meaning of Money Bill under the Constitution of Ireland, envisaged as being one which deals “only” with taxation, appropriation of or charge on public money or loan raised by the state, the senior counsel emphasised on the restrictive nature of what qualifies as a Money Bill.

He drew the attention of the bench to the debated in the Rajya Sabha on the Aadhaar Act and the modifications suggested thereto by Jairam Ramesh which was adopted by the Upper House, but eventually the Act of 2016 was passed in its original state.

Referring to the Long Title and the Preamble of the Act of 2016, the senior counsel submitted that it has been sought to bring the Act within the purview of clauses (c) and (g) of Article 110(1).

He drew the attention of the bench to phrase ‘other purposes for which Aadhaar may be used’ in sections 23(1)(h) and 54(2)(m) dealing with the functions of the UIDAI and its power to make regulations, respectively. It was his argument that by virtue of the said provisions and Section 57 of the Act of 2016, the Act cannot be said to be a Money Bill but only a Financial Bill.

In response to a query in that behalf by Justice Chandrachud, Chidambaram responded that provisions of the Aadhaar Act relatable to Article 110(1) could not be severed from the rest of the Act and saved.

In the same context, he referred to Article 55 of the Constitution of Australia which states that “laws imposing taxation shall deal only with the imposition of taxation, and any provision therein dealing with any other matter shall be of no effect”.

Thereupon, senior counsel KV Viswanathan commenced his arguments directed at: (1) the gathering, storage and utilisation of sensitive, personal information; (2) the constitutionality of Section 59 of the Act of 2016, which provides that all actions taken prior to the coming into the force of the Act shall be deemed to have been validly taken under the Act; and (3) the mandate of Aadhaar under section 7 acting as an instrument of exclusion in respect of ‘Subsidies, Benefits and Services’.

“Section 59 provides that anything done or action taken between January 28, 2009 (the setting up of the UIDAI) and 2016 shall be deemed to have been done only in 2016 after the coming into force of the Act... hence, there is no retrospective validation,” noted Justice Chandrachud.

“The Act operates on the notion that the right to privacy is not a Fundamental Right. Section 59 is violative of Articles 14 and 21,” remarked Viswanathan.

At this point, senior counsel Arvind Datar raised concerns regarding the mandate of Aadhaar for the issue of ‘tatkal’ passports, referring to the interim orders of the apex court, the most recent being the one dated December 15, 2017. He also requested the bench to consider the extension of the March 31 deadline for compulsory Aadhaar linkage with mobile phones, bank accounts and other services.

Attorney General KK Venugopal explained that while other ID proofs were acceptable for the issue of passports, the mandate of Aadhaar was merely in respect of its speedy issue under the ‘Tatkal’ scheme. He also requested that any extension of deadline may not affect the ‘subsidies, benefits and services’ under Section 7 of the Aadhaar Act.

Chief Justice Dipak Misra remarked that as per the interim order, the deadline had been extended for all services and facilities, including the issuance of passports.

The five-judge Constitution bench of the Supreme Court on Tuesday extended the deadline for mandatory linkage of Aadhaar number with bank accounts, mobile numbers and other services till the disposal of petitions challenging the constitutional validity of the Aadhaar (Targeted Delivery of Financial and Other Subsidies, Benefits and Services) Act, 2016, clarifying that the extension shall not be applicable to the ‘subsidies, benefits and services’ under Section 7 of the Act.