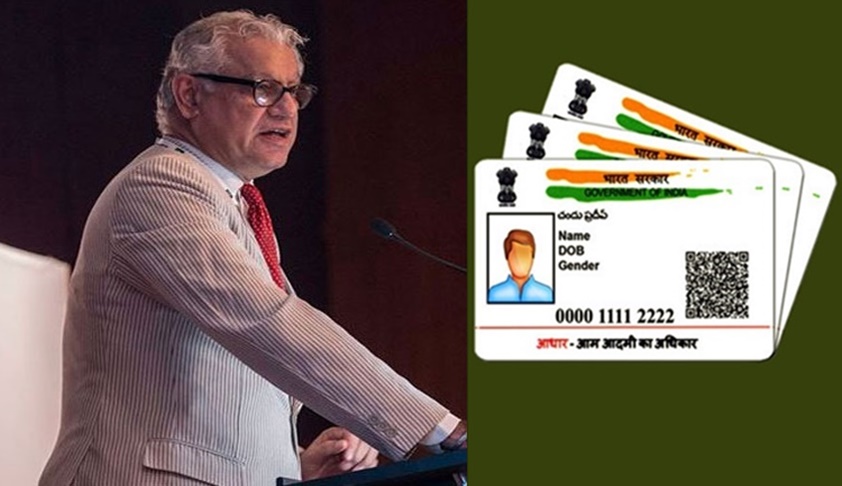 On Day 18 of the Aadhaar final hearing, Senior Counsel KV Viswanathan resumed his submissions on the point that the government has been unable to satisfactorily prove how Aadhaar-Based Biometric Authentication (ABBA) has contributed towards savings and the plugging of leakages in social security schemes.In connection with the PDS, he elaborated on the kinds of frauds that are perpetrated,...

On Day 18 of the Aadhaar final hearing, Senior Counsel KV Viswanathan resumed his submissions on the point that the government has been unable to satisfactorily prove how Aadhaar-Based Biometric Authentication (ABBA) has contributed towards savings and the plugging of leakages in social security schemes.

In connection with the PDS, he elaborated on the kinds of frauds that are perpetrated, in terms of identity, eligibility, quality, and quantity.

Advancing that the statistics given by the government on the usefulness of the ABBA may be misleading, He quoted the 2008 judgment of the ECHR in S & Marker v. The United Kingdom wherein, in context of the challenge to the retention of fingerprints, cellular samples and DNA profiles of the accused even upon acquittal, it was observed, “It is true, as pointed out by the applicants, that the figures do not reveal the extent to which this "link" with crime scenes resulted in convictions of the persons concerned or the number of convictions that were contingent on the retention of the samples of unconvicted persons. Nor do they demonstrate that the high number of successful matches with crime-scene stains was only made possible through indefinite retention of DNA records of all such persons. At the same time, in the majority of the specific cases quoted by the government, the DNA records taken from the suspects produced successful matches only with earlier crime-scene stains retained on the database. Yet such matches could have been made even in the absence of the present scheme, which permits the indefinite retention of DNA records of all suspected but unconvicted persons.”

Rooting for an alternative, less intrusive means of identification and averting frauds such as food coupons and audits under the National Food Security Act, he cited the 2003 ECHR judgment in Pecker v. The United Kingdom wherein, in context of the disclosure of CCTV footage by the state of a citizen attempting suicide by cutting his wrists, it was observed, “The court has also noted, on the one hand, the nature and seriousness of the interference with the applicant's private life. On the other hand, the Court appreciates the strong interest of the State in detecting and preventing crime. It is not disputed that the CCTV system plays an important role in these respects and that that role is rendered more effective and successful through advertising the CCTV system and its benefits. However, the Court notes that the (Brentwood Borough) Council had other options available to it to allow it to achieve the same objectives. In the first place, it could have identified the applicant through enquiries with the police and thereby obtained his consent prior to disclosure. Alternatively, the Council could have masked the relevant images itself. A further alternative would have been to take the utmost care in ensuring that the media, to which the disclosure was made, masked those images.”

To support the argument regarding proportionality of the means (resulting in violation of fundamental rights) to attain specific objectives, he cited the 2010 Supreme Court judgment in Selvi v. State of Karnataka wherein, in context of involuntary administration of narcoanalysis, polygraph examination and the Brain Electrical Activation Profile (BEAP) test for the purpose of improving investigation efforts in criminal cases, it was observed, “It would also be wrong to sustain a comparison between the forensic uses of these techniques and the practice of medicine. It has been suggested that patients undergo a certain degree of `physical or mental pain and suffering' on account of medical interventions such as surgeries and drug- treatments. However, such interventions are acceptable since the objective is to ultimately cure or prevent a disease or disorder...While the infliction of a certain degree of pain and suffering is mandated by law in the form of punishments for various offences, the same cannot be extended to all those who are questioned during the course of an investigation. Allowing the same would vest unlimited discretion and lead to the disproportionate exercise of police powers”.

Thereupon, Senior Counsel Anand Grover commenced his arguments for petitioner Mathew Thomas. A bird’s eye view of his submissions is as follows:


Grover cited the 1960 judgment of the apex court in State of Bihar v Rani Sonabati Kumari wherein it was held that “when once an order is passed which the Court has jurisdiction to pass, it is the duty of the State no less than any private party to obey it so long as it stands”.

In her turn, senior counsel Meenakshi Arora advanced her arguments on the ground of surveillance.

She relied on the 2016 judgment of the ECHR in Szabo & Vissy v. Hungary, wherein it was observed that “...by depriving the subject of the secret surveillance measure of any notification of its existence and therefore of the effective possibility of challenging it retrospectively, Hungarian law eschews the most important safeguard against improper use of secret surveillance measures...”

In the same context of lack of any mechanism for redressal of the grievances of the individuals enrolled under the Aadhaar scheme, Arora indicated Section 47 of the Aadhaar Act which restrains courts from taking cognizance of an offence under the Act except on the complaint of the UIDAI. The aggrieved individual is not entitled to file a complaint or an FIR.

The hearing shall continue on Tuesday with the counsels for petitioners concluding their submissions.