Abortion : Freedom or Violation of Rights? 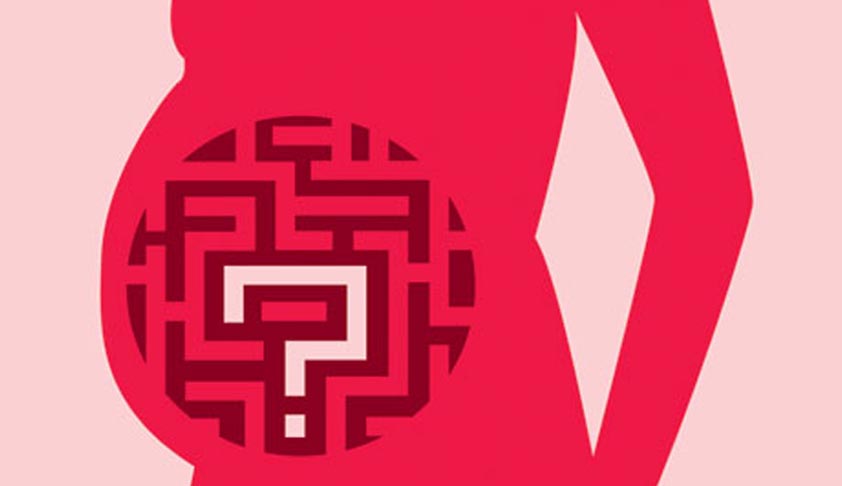 As rightly expressed by Mark Rudolph MacGuigan,the Minister of Justice and Attorney General of Canada in 1982,“Whether abortion is an expression of negative or positive conscience is a serious question with enormous consequence.”,  abortion is indeed a crucial matter. Abortion is the termination of pregnancy by the removal of the embryo or the foetus from the uterus, before...

As rightly expressed by Mark Rudolph MacGuigan,the Minister of Justice and Attorney General of Canada in 1982,“Whether abortion is an expression of negative or positive conscience is a serious question with enormous consequence.”,  abortion is indeed a crucial matter. Abortion is the termination of pregnancy by the removal of the embryo or the foetus from the uterus, before viability, resulting in or caused by its death. An abortion most commonly refers to the induced methods of expulsion of the embryo. An estimated 44 million abortions are performed every year all over the globe and can be performed by various ways like medical, surgical and other less trustworthy traditional methods like shock therapy. The debate over the legality of abortion goes a long way back but the prevalence of such a practice can be traced back to the early Chinese and Egyptian civilizations.

In many parts of the world there is prominent and divisive public controversy over the moral, ethical, and legal issues of abortion. Those who are against abortion generally assert that an embryo or foetus is a human with the right to life and may equate abortion with homicide, while advocates of abortion rights emphasize on a woman's right to decide about matters concerning her own body.

The reasons why abortions take place are varied and we have to look at both sides of the argument to come to any definitive answer. A termination of pregnancy is done due to various issues- personal, political and social. Most notably, as the need for family planning comes to the fore, unwanted pregnancies are abstained if one opts for abortive techniques. Also, financial security, the responsibility of handling a child at an inopportune time, maternal and foetal health and illness , relationship issues and disruption of one’s own education are some of the personal reasons which come into play while making this decision. However, it should also be noted that in addition to these, the social stigma arising from bearing a child out of wedlock, as a result of rape or incest or insufficient economic and moral support from families, push one to opt for an abortion. In this regard, the idealistic view of violating the right to life seems utterly ironic and misplaced since societal pressure more often than not forces one to take such a drastic step.

Religion and abortion most often do not go hand in hand. The Catholic Church, the Eastern orthodox Church and most evangelical Protestants oppose abortion as immoral and considers it a sin. The Hindu texts strongly condemn abortion and in Islam the termination of pregnancy after 120 days is not permissible. Keeping with the pro-life outlook Mother Teresa in a passionate dictate once said that abortion is the destruction of peace “because if a mother can kill her own child-what is left for me to kill you and you kill me-there is nothing between’. However, the pro-choice outlook is being adopted by people more and more as we progress with the times. The idea of the woman having full control and say over her body forms the basis of the pro-choice movement.

All the countries, however, have their own set of laws regarding the practice of abortion. The right to life, the right to liberty, the right to security of person, and the right to reproductive health are major issues of human rights that are sometimes used as justification for the existence or absence of laws controlling abortion. In India abortion is legal up to 20 weeks of pregnancy under specific restrictions, under the Medical Termination of Pregnancy Act, 1971. Some of the conditions include rape, women whose mental and physical health would be endangered by the pregnancy, women facing the birth of a handicapped child, pregnancies of unmarried minors and ‘mentally ill’ with the consent of a guardian or the ones that are a result of failure in sterilization. This law is often misused and has caused mass genocides in many parts of the country where sex-selective abortion is commonly practiced to cater to the patriarchal norms of the society. Also, in a nation where rape and poverty are unfortunately rampant, unsafe abortions conducted by village midwives and untrained practitioners in less than satisfactory sanitation facilities continue to outnumber safe and legal abortions. Provisions have been made to punish people indulging in sex-selective abortions by the government so as not to misuse the law but a long way remains in the implementation and follow-up of such disciplinary measures.

This debate over abortion is never ending but ultimately it comes down to a matter of choice and the personal beliefs and ideologies of an individual. Personally, I believe in the pro-choice outlook since I feel that practicality in this case far outweighs the moral and ethical concerns. Financial and emotional security is essential to sustain and nurture life and the absence of such the ethical and moral concerns of forestalling birth becomes null and void. Having said that, I once again re-iterate that not one verdict can be laid regarding this issue since the circumstances surrounding it are way more complex than mentioned on paper and prone to endless debates.