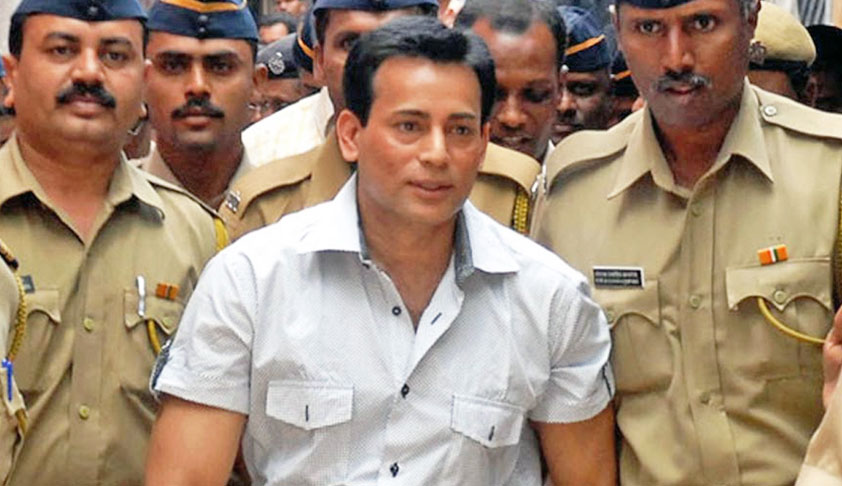 The Bombay High Court has turned down 1993 Bombay bomb blasts convict Abu Salem’s plea seeking parole on the ground of his own marriage.

Abu Salem had approached the high court after his application seeking parole was rejected on the ground that he was convicted in two cases of TADA and in both the cases, he was convicted for terrorist activities. The authorities had invoked Rule 4(13) of The Prisons (Bombay Furlough and Parole) Rules, 1959, which stated that the prisoners who are convicted for terrorist crimes are not eligible to be granted furlough, and thus are not eligible for parole also. It also stated that the Prisons Rules applicable in the state do not provide parole on the ground of the prisoner's own marriage.

In his plea before the high court, he said that he intended to marry a girl from Mumbra. He further stated: “He cannot shun off his duty towards her since he has promised to marry her and she also does not intend to get married to anyone else other than him." The counsel who appeared for Abu Salem cited two decisions, one that of Bombay High Court and another of Delhi High Court wherein the convict was released on ground of his own marriage.

Distinguishing the Bombay High Court order cited, the bench comprising then Acting CJ VK Tahilramani and Justice MS Sonak observed: “There are two distinguishing factors as far as the order dated 23.5.2014 is concerned. The first is that the Court has not released the convict on parole but on temporary bail in an appeal which was pending before this Court. As far as the present petitioner is concerned, no appeal is pending before this Court, hence, there was no question of granting temporary bail. Moreover, the order dated 23.5.2014 does not show that the applicant therein was convicted for terrorist activities.”

As regards the Delhi HC decision, the bench observed: “Learned counsel for the petitioner was unable to point out that the rules and notifications relating to parole in the State of NCT Delhi are similar to the parole rules in the State of Maharashtra. Moreover, there is no material to show that the petitioner in the said case was convicted in even one case of terrorist activities.”

The high court has also rejected plea of another 1993 Bombay bomb blasts convict Bashir Ahmed Usman Gani Kairullah, who had sought parole on the ground of his wife’s illness. While rejecting his plea, the bench observed: “We may also state that it is an admitted fact that the wife of the petitioner is only on oral medication since nine years and it is not a case of urgent surgery or admission to hospital. She is staying with her brother and sister-in-law which is an admitted fact. Thus, the family members are capable of taking care of the wife of the petitioner. Thus, the ground of seeking parole on the ground of illness of wife of the petitioner is not a good ground to grant parole.”