Achieving Gender Equality, So Near And Yet So Far - Researching Implementation Of Law On Sexual Harassment At Workplace 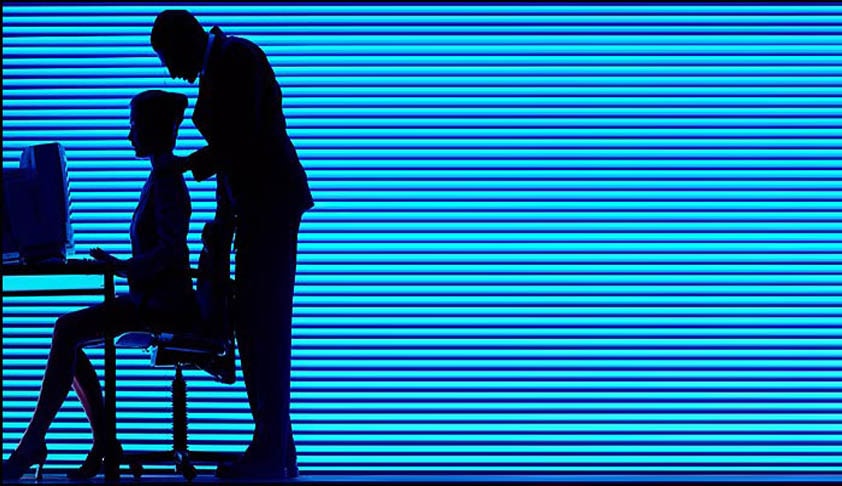 It is reported that reported complaints of sexual harassment at a prominent Central Government organisation headquartered in Delhi are not being seriously inquired into and complainants are being pressurised to withdraw their complaints (TOI, 2016). In this context, I argue that over years employer response to reported complaints of sexual harassment by employers in India has persistently been not compliant with the law. It was so while the Vishakha guidelines (1997) were prevailing and continues to be sluggish after enforcement of the 2013 Act (Phadnis and John, 2014), (Singh, 2015), (DNA, 2015), (FirstPost India, 2016). This is substantiated by findings of the research during 2009 to 2016 undertaken by me as fulfillment of PhD programme at Tata Institute of Social Sciences, Mumbai

Need for such a research arose from the inefficient implementation of the Vishakha guidelines (1997). Therefore one of the objectives of the research was to understand and examine employer response to reported complaints of sexual harassment. Since the research was undertaken before enforcement of the 2013 Act, it provides insights into status of compliance by organisations to then prevailing legal framework i.e. Supreme Court Vishakha guidelines (1997).

Research questions required that qualitative approach was followed. More specifically phenomenology was chosen in order to get a both closer and deeper understanding of lived experiences of individuals who implemented the Vishakha guidelines (1997) and those who were affected by their implementation. This helped in bringing out new and context specific knowledge both from the compliance and process point of view.

Mumbai was chosen as the research setting taking into consideration that it is the economic capital of India and home to different kinds of organisations. There were numerous challenges in terms of locating participants for research and gaining their consent. Women’s organisations and / or groups, human and / or women’s rights lawyers, State Commission for Women became contact points to get in touch with women who reported sexual harassment and individuals who had experience implementing the Vishakha guidelines (1997). Lawyers, trade union members and representatives of NGOs functioning as external members with complaints committees were forthcoming to be part of the research.

Few participants were selected using purposive sampling (Welman and Kruger, 1999) and further found using snowballing technique (Babbie, 1995; Crabtree and Miller, 1992). Sample size was twenty seven. Out of these, six persons were members of complaints committees including chairpersons, three were human resources professionals, six persons were from NGOs and women’s organisations, two were members of the trade unions and three were lawyers. Seven were women who reported sexual harassment at workplaces. Out of seven, four were employed with government organisations while three were working with private sector companies.

The challenge in locating and accessing participants for research reflected lack of uniformity in participant profiles. Sample was not representative except that all participants were employed with the organised sector and were concerned with the implementation of the Vishakha guidelines (1997). Data collection was done using single in-depth semi structured conversational interviews.

Experiences of the participants were captured in three themes. One of the prominent themes that emerged was Employer Response to Reported Complaints of Sexual Harassment. This particular theme is particularly importance because it provides a base to understand and analyse prevailing situation relating to compliance to the current law on sexual harassment. The theme was analysed from the point of view of employer compliance to the Vishakha guidelines (1997).

Resignation letter by a former employee of the Tata Group reveals concerns of a woman complainant regarding impact of complaint on her career (Huffington Post, 2015). The resignation letter scenario was confirmed by the research. In all cases, the employers openly violated the Vishakha guidelines (1997). Absence of will on part of employers led to the implementation being flawed and lacked spirit. It came through that Complaints committees were either constituted or activated by the employers after complainants insisted and / or when there was pressure from external agencies like the State Commission for Women, High Court etc. It was noticed that since women could not name the offensive behaviour as sexual harassment the complaint was not seen as that of sexual harassment and dismissed by the employers. It was labeled as psychological problem or administrative harassment arising out of non performance of the complainant, workplace politics, ragging or rude behaviour. When women reported sexual harassment to persons in positions of authority, they either laughed at the complaints or did not believe them. Non verbal form of sexual harassment was not seen as a form of sexual harassment needing redress. In all the cases, employer tried to either suppress the complaints or ignore them.

It was found that complaint of sexual harassment was the last choice for complainants. They were compelled to complain because the environment at workplace became hostile. In all cases, women faced retaliation from the employer in the form of termination from service, hostile working environment or forced resignation. It was pronounced in the private sector. Nature of retaliation within the government organisations differed substantially and did not cost the women their jobs. For these women sexual and administrative harassment escalated after they complained. Almost in all cases, women saw the senior management and persons on responsible positions getting involved in plotting and planning against them. Moreover women complainants received information about the Vishakha guidelines (1997) only after they reached out to women’s organisations, State Commission for women and the police for help.

Experiences of women complainants were substantiated by NGO members (functioning as external members with complaints committees) and practicing lawyers. NGO members stated that most employers were living in a belief that internal environment was good and there was no sexual harassment. There was low awareness about the issue and existence of complaint mechanism. Sexual harassment policies were vague because they did not envisage complex situations.

Lawyers emphasised that multinational companies feigned strict global standards and believed that the woman complained because of some ulterior motive. As a consequence, response to complaints was negative. If women were found challenging the employers through external agencies such as police etc. they retaliated by blaming the woman as a non performer and revenge seeking person. Usually complaints of sexual harassment usually led to employer initiation some action against the woman in the form of memo and charge sheets for some unrelated issues leading to termination from service. According to the lawyers, human resource department of the organisation protected the man who was charged with sexual harassment. Constitution of complaints committees too was a problem because mostly the external member was someone lacking credibility. Additionally, women complainants were not given details about the names and contact details of the committee members.

Lawyers added that in most cases employers got absolutely vindictive and made it difficult for the women to seek employment elsewhere. This was done by defaming the woman in the job market. On the other hand, confidential record / personal file of the man did not contain reference to the complaint of sexual harassment.

Since private companies rest on profit and enhanced performance they need to have a foundation of a good stable workforce where every employee irrespective of their gender can work in a fear free environment (Choudhary, 2015). Data provided by the Corporate Affairs Ministry shows escalation of sexual harassment complaints twice in the financial year 2014-15 within the top 100 companies listed on the National Stock Exchange (Asian Age, 2015). Despite rise in reporting one in every three Indian companies i.e. 31% have not set up Internal Complaints Committees. Of those who have, 40% have not begun training the members in the provisions of the law while 35% are unaware of the penal consequences of not complying with the law.  44% have not circulated information about the law to their employees (Bhattacharyya, 2015; Sharma, 2015).

As proposed by Ministry of Women and Child Development it is crucial that employers do enhanced disclosure about constitution of Internal Complaints Committees (ICC) under the Companies Act, 2013 (Business Standard, 2015). The 2013 Act is an explicit form of affirmative action under Section 15(3) of the Indian Constitution. Objective of the Act is to safeguard women from sexual harassment at workplace. The Act has the potential of shifting power relations at work. This can happen if the employers are made accountable for implementation of the Act and there is stringent action against defaulters.

Daily News and Analysis (DNA), Most of government, 90% private sector does not have sexual harassment committees: Government, DNA, (March 17, 2015),

Rimin Dutt, Here's The Bombshell Resignation Letter Of The Taj Hotels Employee Who Alleged Sexual Harassment By The CEO “I no longer feel my career is secure in the Tata Group.” Huffington Post (November 11, 2016).

Rica Bhattacharyya, 36% of Indian cos not compliant with the Sexual Harassment Act, The Economic Times, (November 27, 2015),

Vishakha and others vs. State of Rajasthan and Others, Supreme Court of India, (August 13, 1997). Anagha Sarpotdar is a practitioner and researcher on violence against women. She is an alumna of Tata Institute of Social Sciences (TISS) from class of 1999 (MA Social Work). She is currently at the final stage of submission mission of her PhD thesis at TISS on Socio Legal Aspects of Sexual Harassment of Women at Workplace. Anagha has several publications to her credit. Currently she is working as independent consultant with organisations across work sectors on sexual harassment at workplace. Author has doctorate in Social Sciences and she has been working on socio-legal aspects of sexual harassment at workplace since 2005.