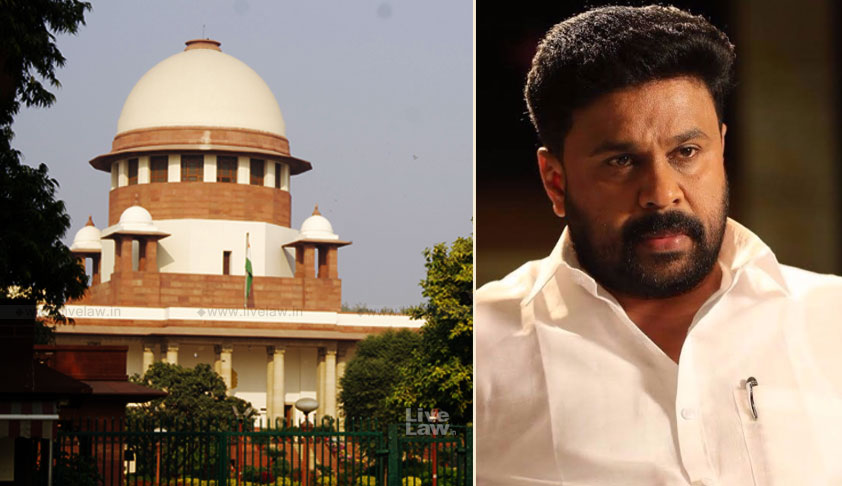 The Government of Kerala has filed counter-affidavit in the Supreme Court opposing Dileep's demand for getting copy of the memory card containing visuals of the sexual crime committed against a Malayalam cine actress. Dileep is accused of hatching the criminal conspiracy of the crime.

In the affidavit filed today, the Government has submitted that memory card cannot be regarded as a document which should be handed over to the accused as per Section 207 of the Code of Criminal Procedure.

It is further stated that Dileep and his lawyers have already watched the visuals in the memory card in the chamber of Judicial First Class Magistrate. It is stated that that some of the contents were leaked out to the media as well.

"If the copy of the footage is given without taking into consideration the Fundamental Rights and the Right of Privacy of the victim, the same will adversely affect the case of the prosecution", the government states.

It is further stated that in a case of sexual offence, if sensitive materials are given to the accused, it will not be even possible for the victim to tender truthful evidence against the accused. The victim will be under constant fear of threat of the accused misusing or publicizing the contents, causing lasting damage. This affects the right of the victim to have a free and fair trial.

The prosecution rebuts the contention of Dileep that the non-supply of the memory card to him is in violation of his fundamental right for fair trial under Article 21 of the Constitution. It is contended that such an issue does not arise in this case as he has already viewed the contents of the memory card and he is free to do so again as and when required.

Dileep, who is accused of hatching criminal conspiracy of the sexual crime against the actress, is challenging the judgment of the High Court of Kerala, which had turned down his plea holding that memory card did not amount to a document which had to be supplied to the accused as per Section 207 of Code of Criminal Procedure. Earlier, the Sessions Court had also rejected his prayer.

Senior Advocate Mukul Rohatgi argued for Dileep in SC that the visuals were doctored. The allegation in the chargesheet was that the actress was attacked in a moving vehicle; however, the visuals of the memory card were of a stationary vehicle. Dileep's lawyers were not shown a single continuous video, but a collection of several edited clips, which contained audio of strangers' voices. To establish the innocence of Dileep, it is highly essential to have copy of the memory card, submitted Rohatgi.

The Kerala High Court had dismissed the plea holding that memory card in the case amounted to a material object and not a documentary evidence. "The crux of the prosecution allegation is that, offence was committed for the purpose of recording it on a medium. Memory card is the medium on which it was recorded. Hence, memory card seized by the police itself is  the product of the crime. It is not the contents of the memory card that is proposed to be established by the production of the memory card", observed Justice Sunil Thomas in the High Court judgment. On that basis, it was held :

"Memory card itself is the end product of the crime. It is hence a material object and not a documentary evidence. Hence, it stands out of the ambit of section 207 Cr.P.C".