[Adultery] [Day-2 Session-1]Absurdity Of S.497 Lies In The Fact That It Legalises Adultery If Committed With The Consent Of Husband; Is The Wife Being Treated As Chattel?: Justice Indu Malhotra 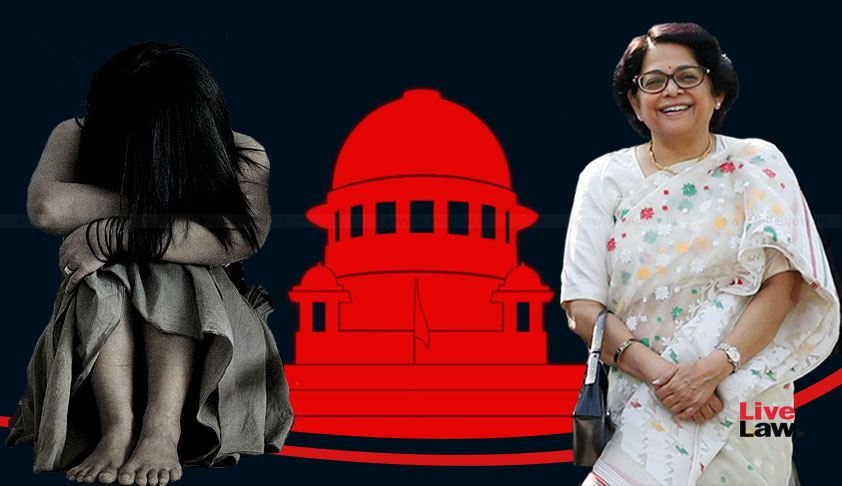 Day 2 of the hearing in the PIL praying for the decriminalisation of the act of Adultery witnessed some interesting observations from the Supreme Court five-judge bench.“The argument against you (the petitioner) is that section 497 protects the sanctity of marriage.However, if a married men has sexual intercourse, outside his marriage, but with an unmarried woman, that does not amount to...

Day 2 of the hearing in the PIL praying for the decriminalisation of the act of Adultery witnessed some interesting observations from the Supreme Court five-judge bench.

“The argument against you (the petitioner) is that section 497 protects the sanctity of marriage.However, if a married men has sexual intercourse, outside his marriage, but with an unmarried woman, that does not amount to an offence under the provision though it also effects the sanctity." reflected Justice D. Y. Chandrachud.

Concurring, Justice Rohinton Nariman cited the classical Article 14 test- “where is the intelligible differentia in saying that the sanctity of marriage is not hurt if a married man has sexual intercourse with an unmarried woman? This is manifest arbitrariness”

Further, Justice Chandrachud indicated the impropriety of the section in so far as it exempts from criminal prosecution a man who has engaged in sexual intercourse with a married woman if the same transpires with the consent or connivance of the said married woman’s husband- “can the section be saved if we strike down this part...because this is one ground for the unconstitutionality of the provision...or would we, by applying the doctrine of severability, in fact make the offence even more severe than the legislature intended?”

“Besides consent, if the husband of a woman connives with another man for the latter to participate in sexual intercourse with the former’s wife, then there would be no adultery! This ‘connivance’ attaches a certain deviousness to the Act”, he continued.

Justice Indu Malhotra also pointed out the “absurdity” of the section in as much as it legalises the act of adultery if committed by with the consent or connivance of the husband of the woman who is party to the act- “Is the wife of the consenting husband being treated as chattel? This amounts to gender bias”

Advocate Kaleeswaram Raj, appearing for the petitioner, submitted that the impugned provision was described as “archaic” by the three-judge bench court in its January 5 order making a reference to the constitution bench.

Contending that the section violates Articles 14, 15 and 21, he relied on the ‘choice’ jurisprudence developed by the apex court through its judgments in inter alia the Common Cause (right to passive euthanasia and living wills) and Shakti Vahini cases (honour killings) as against the cultural value argument advanced in favour of the provision.

Moreover, the State does not have a legitimate interest, and much less, a compelling interest to punish two adults for engaging in consensual sex regardless of their matrimonial status.

Justice Nariman remarked how Lord Macaulay was himself opposed to the criminalisation of the act of adultery.

When Mr. Raj sought to submit that sexual privacy is a facet of the right to privacy, Chief Justice Misra reflected that when adultery is a ground for divorce in most personal laws, it could not be argued to be a constitutional right.

Mr. Raj objected to how only the man party to the act of adultery is culpable and punishable under section 497 and the woman party to it is immunised against prosecution even as an abettor. He contended that the provision created a stereotype that women are not capable of such immorality.

“There is no rationality in treating one party as the victim and the other as the accused for the same act. The only rationale behind the provision seems to be that marriage is an institution which has to be saved.Marriage has been called an institution in all scriptures.It is built by two pillars and there has to be equal responsibility of both.To say that women are protected from the criminal ramifications of Adultery under Article 15(3) is not justified.Article 15(3) only applies to post-constitution laws.", observed Chief Justice Misra. “An ancient provision is not protected under Article 15(3). It is for the Parliament to make (laws under Article 15(3)”, agreed Justice Nariman.

At this point, Senior Advocate Meenakshi Arora submitted that the Law Commission debates reveal that the logic behind the culpability of the man was to prevent the husband of the woman involved from “poisoning or killing her”

“The provision is anti-human in a very ostensible way in so far as it implies that a woman could subjugated to this extent on the consent of her husband. This is unknown to Indian thought. Such consent or connivance is unacceptable”, continued the Chief Justice.

Further, Mr. Raj pointed out how section 198(2) of the Cr. P. C. allows the initiation of criminal proceedings for adultery only at the instance of the husband of the adulteress, but the wife of the man party to the act of adultery cannot institute a complaint.

“The man shall be booked for the offence and his wife shall suffer but the husband of the woman who has committed the crime will have the benefit...”, observed the Chief Justice.

Referring to the offence of bigamy under section 494 of the IPC, Justice Chandrachud weighed in, “bigamy is gender neutral.If a woman engages in sexual intercourse in a second marriage while the first is subsisting, it is punishable.Section 497 does not use same the yardstick as section 494 and this distinction makes the former unconstitutional..”

The judge also remarked how sexual intercourse outside a subsisting marriage may be a symptom of a broken down marriage.