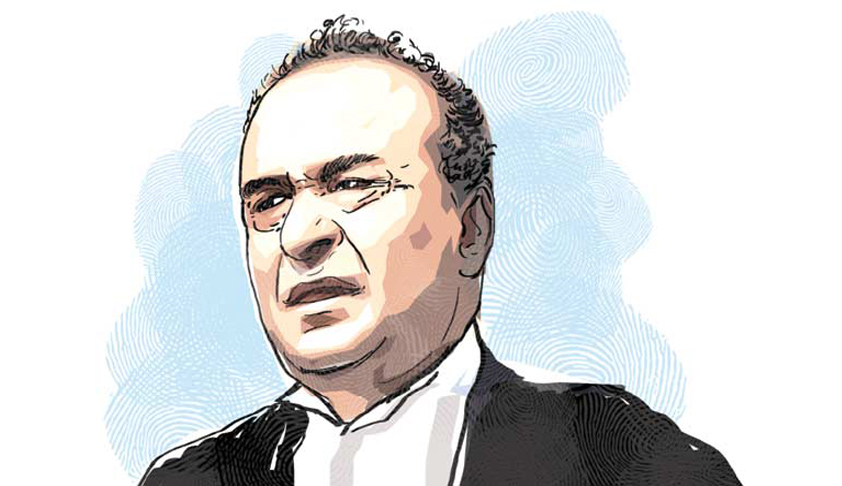 It seems that the degeneration of constitutional functionaries goes unabated.  The incident of a retired Chief Justice of India courting for a sinecure post of Governor and the recent episode of Attorney General of India accepting brief against State Government are symptomatic of the malaise afflicting the system.  The run with rapacity, of persons adorning high constitutional posts...

It seems that the degeneration of constitutional functionaries goes unabated.  The incident of a retired Chief Justice of India courting for a sinecure post of Governor and the recent episode of Attorney General of India accepting brief against State Government are symptomatic of the malaise afflicting the system.  The run with rapacity, of persons adorning high constitutional posts for political and monetary ascendency, does not augur well for the system.  The avarice for power and money by constitutional functionaries, unmindful of the inbuilt demeaning process of themselves, pounds heavily on the Constitution resulting in its sacrilege.  The uproar created over the Attorney General’s appearance for the Bar owners against the State of Kerala raises legal, ethical and constitutional conundrums for deliberation.

Plainly on the touchstone of the Statutory Rules governing the conditions of service of Attorney General and other Law Officers of the Government of India, the A.G’s appearance for bar owners finds no justification.  Sourcing power from Articles 76 and 309 of the Constitution of India, the Government of India promulgated Law Officers (Conditions of Service) Rules, 1972.  Rule 8(1) holds leash on the professional freedom of the Attorney General to accept brief of all persons and institutions of his choice.  Rule 8(1)(a) makes it clear that the Law Officer shall not hold briefs in any Court for any party except the Government of India or the Government of a State or any University, Government School or College, local authority, Public Service Commission, Port Trust, Port Commissioners, Government aided or Government managed hospitals, a Government company as defined in Section 617 of the Companies Act, 1956 (1 of 1956) any Corporation owned or controlled by the State, any body or institution in which the Government has a preponderating interest.  The term Law Officer, under Rule 2(d) of the Rules, takes within its fold Attorney General for India, Solicitor General for India, Additional Solicitor General for India.  Once an Advocate accepts appointment as Attorney General, he subscribes to the conditions of service also.  Advocate’s freedom to practice is tethered with his appointment as Attorney General with an enlistment of named entities for which alone he can appear.  Rule 8 expressly encompasses Government of a State, for which he may be required to appear, if so requested by the Government of that State.  Acceptance of brief of Bar Owners who are pitted against the State of Kerala ipso facto makes the action of the Attorney General illegal in as much as he chose to accept brief from persons who are not coming under the penumbra of entities mentioned in Rule 8(1)(a).  Rule 10, though empowers the Central Government to relax the rigor of Rules, it cannot be construed as a power to grant permission in a specific case, but as a power to exempt the application of Rules in certain general cases.  The grant of permission in specific cases is explicitly contained in Rule 8 itself.   Second facet of the illegality stems from the factum of accepting a brief against a State Government wherein he was likely to be engaged by the Government of the State for defending its cause.  Assume the ironical eventuality of the State of Kerala making a request to the Attorney General of India for defending its case before the Supreme Court.  No doubt he was statutorily bound to accept the said request.  So, the acceptance of brief of the Bar Owners, in wanton disregard of the statutorily imposed restrictions, casts stigma on the professional probity and rectitude which office of the Attorney General demands.