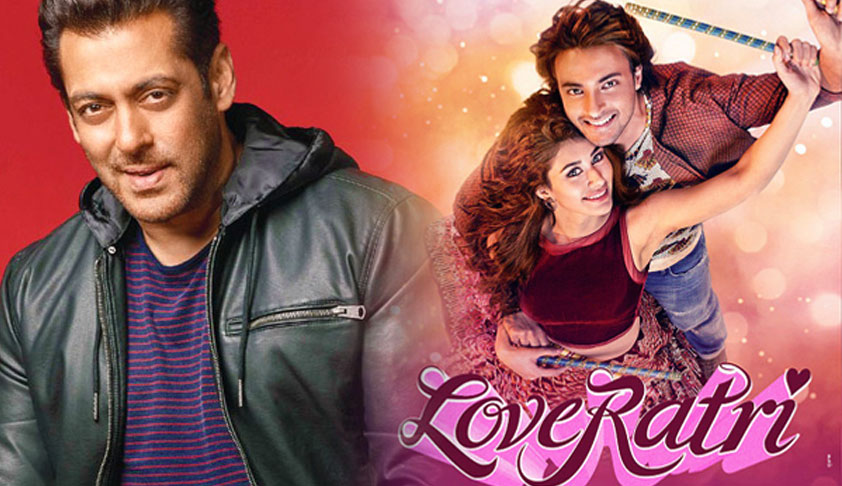 An advocate has moved the Bombay High Court against Salman Khan’s production Loveratri, saying it distorts the Hindu festival of ‘Navratri’ and is derogatory to all women.

Advocate Ajaykumar Waghmare has moved the Aurangabad bench of the high court saying the film is being released in and around the period of Navratri is obviously sacrilegious in its intention.

“The title of the movie has intentionally affected the standing of Hindus and Hinduism adversely whereas the respondents (makers of the film) have used this name only for their pecuniary interest…By its title, the respondents seek to portray Navratri as only a festival full of lewdness and amorousness,” said the petitioner.

The film Loveratri is set to hit theatres on October 5 and stars Ayush Sharma and Warina Hussain in lead roles.

The petitioner said: “Navratri is a nine-day long festival celebrated by Hindus across India and these nine days are considered of great religious significance and whatever is being shown in the trailers of the film is nothing but an attempt to defame and malign the reputation and image of Hindu religion and all womanhood.”

Waghmare said the film affects the youth of the country by wrongful depiction of a holy festival.

He prayed that the word ‘Loveratri’ be dropped as title of the film and the scenes, which, he said, were nothing but an attempt to malign and project Hindu festival and all womanhood in derogatory manner be removed.

The petition also prayed that the makers of the film be directed to issue an unconditional apology to all Hindus and all women.

It is to be noted that the VHP had also objected to the title of the film Loveratri.