After 34 Yrs, Delhi HC Upholds Compensation To NRIs For Loss Of Opportunity To Be Tied To Their Motherland [Read Judgment] 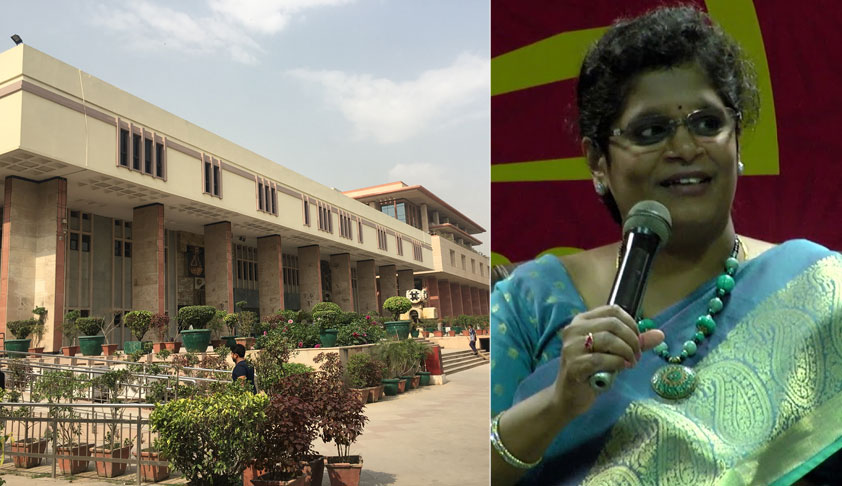 The Delhi High Court has directed the government to compensate 26 NRI petitioners for the loss of opportunity to be tied to their motherland by owning a plot of land in Delhi.

Justice Pratibha M Singh ordered the government to pay a compensation of Rs 11.20 lakh to the petitioners who had applied in a scheme floated by the government in 1978 which was dropped five years later for sake of ‘public interest’.

“…the Government had breached the contract and the promises made to the Applicants. The Applicants who had applied under the scheme with the fond hope of owning a plot of land in Delhi, in the country of their birth, have been deprived of the same. Thus, the Applicants are entitled to compensation for the loss that they have suffered,” said Justice Singh while remarking that, “[t]he sentiment of Non-Resident Indians to be tied to their country is the fulcrum of this dispute”.

In the instant case, on February 6, 1978, the Government of India had launched a scheme for allotment of land in Delhi to non-resident Indians to build a residential house in Delhi. The scheme was launched by the Ministry of Works and Housing, L&DO.

All NRIs living abroad, who did not own residential plots/houses or flats, either in their own name or in the name of their immediate family, were entitled to apply for allotment of a house plot under this scheme. The land was located on Badarpur-Mehrauli Road.

On February 13, 1980, another letter was issued by the government informing the applicants that the allotment would be made after June 1980, but in September 1981, the scheme was dropped.

“…the initial scheme, which was floated in 1978, came to be dropped 5 years later simply citing `public interest’ due to inflation of prices,” noted the court.

Some applicants challenged this cancellation by way of a writ petition titled RK Deka v UoI in 1981. The petition failed and the cancellation was upheld in 1999.

The applicants, 26 of the 355, filed a suit for specific performance and damages which was granted by a trial court.

The same was challenged by the government before the high court which came to be decided by Justice Singh in the instant judgment.

Govt liable in its private avatar, public policy not a shield

Noting that the petitioners were not entitled to the relief of specific performance, the court held, “While in the larger interest of the public, a decision to cancel may be found to be legal, to the extent that the Government acts as a party or a proposed party to a contract, it would be liable in its private avatar under the law of contracts. The decision taken in public interest cannot provide an escape to the Government of the legal consequences of the decision, if any, so long as the entire action was not illegal in the first place. The Government while safeguarding the interest of the public has also to be a fair player in the contractual domain. A huge amount of faith is reposed by a person, who contracts with the Government and the role of the Government in the said contractual sphere is that of a promisor. The shield of public policy would not become available to the Government for abrogating its role as a party to a contract.”

“Thus, while on the one hand, the Government has the role to safeguard the interest of the general public and the larger public interest, it also has a role to compensate those private individuals, who have suffered a loss due to a decision taken by the Government in public interest. The present case falls in a category of contracts wherein the Applicants have altered their positions after making their applications for allotment of lands to the Government. In such a case, damages can be granted to compensate the loss suffered by the Applicants, even if the decision to cancel the scheme is upheld in public interest,” added Justice Singh.

“All the Applicants had paid the Earnest money, which binds themselves and the Government. ‘Earnest money’, as held in Jaswant Rai v. Abnash is the sum of money paid by the buyer of property under a contract for sale in order to bind the seller to the terms of the agreement for sale,” the court noted.

The court went on to note that the government did not leave many options with the applicants but to seek a refund of the amount of Rs.10,000 which was paid by them.

“The refund, however, does not take into account the opportunity that existed for the Applicants who were planning to buy plots in India at the relevant time. In such situations, damages are awardable for the `Loss of opportunity’ caused to the Applicants,” said Justice Singh while upholding the approach adopted by the trial court to determine the damage by considering the market rates of these plots at the time when the cancellation took place and award the said amount as compensation.

“The Government has, by scrapping the scheme, retained the entire land in its possession and has, hopefully, put it to good use. It is prime land located in Delhi. The Applicants have not only litigated with the Government for the last almost 34 years, but they have also been deprived of owning a plot of 400 sq. yds. in a city like Delhi. Thus, compensation is the least that can be given to them under these circumstances. The award of compensation of Rs.11,20,000 by taking the market rate prevalent at the time of cancellation in 1983, is a reasonable basis to quantify damages due to breach,” said Justice Singh.

The court, however, did not agree with the observations of the trial court in respect of `acts of criminal negligence’.

“The amount as per the decree passed by the Trial Court would be liable to be paid by the Government to the Applicants along with 8% interest from the date of filing of suit till the date of payment. The Government is directed to make payment to the Applicants within 8 weeks, failing which 12% interest would be payable on the decretal amount,” the high court ordered.