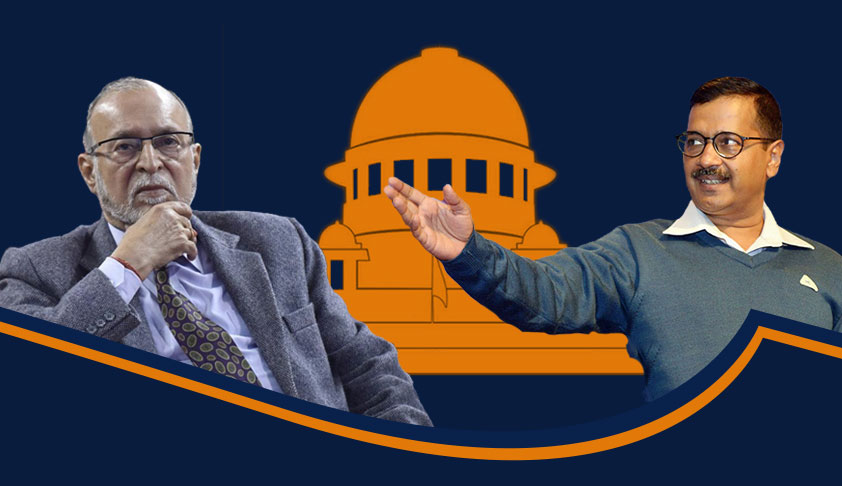 It is too early to state that power of elected government has been cemented over the LG on all thorny issues which triggered off the legal battleThe Supreme Court has upheld the authority of the elected government of NCT of Delhi over the Lieutenant-General in matters of administration.  The court held that LG is bound by the aid and advice of the Delhi Council of Ministers and the LG...

The Supreme Court has upheld the authority of the elected government of NCT of Delhi over the Lieutenant-General in matters of administration.  The court held that LG is bound by the aid and advice of the Delhi Council of Ministers and the LG cannot interfere with each and every decision of the government. It said the LG’s power to make presidential reference should be sparingly used, only in “exceptional circumstances”, though what constitutes exceptional circumstances was left undefined.

While the judgment is widely perceived as a victory of the fight led by the Aam Aadmi Party government of Delhi, it is too early to state that the power of elected government has been cemented over the LG on all thorny issues which triggered off the legal battle. The tug-of-war between the Delhi Government and the LG became manifest through the following issues:

The Delhi Government approached the Delhi High Court challenging the notifications issued by the Ministry of Home Affairs. The Union Government also approached the high court challenging the decisions taken by the government without the concurrence of the LG. The Delhi High Court undermined the authority of the government as an elected body, by holding that the LG was the real administrative head who was not bound by the aid and advice of the council of ministers. The high court upheld the notifications of the MHA. On all the above said contentious issues, the high court sustained the objections of the LG.

The voluminous judgment running to 535 pages, speaking through three judges, in essence stated what is obvious from the plain language of Article 239AA of the Constitution.  It is clear from Article 239AA that except in specified matters relating to police, public order and land where the power of Central Government is reserved, the Delhi Government and Legislature is supreme in all other respects, subject to the law enacted by Parliament in matters concerning the affairs of Delhi. Article 239AA(3) provides guidance in lucid terms for the demarcation of boundaries between the LG and the government.When the matter reached the Supreme Court, the division bench referred it to the constitution bench.  It is important to note that the constitution bench addressed only larger constitutional issues pertaining to the contours of powers of the LG and the government, and did not dwell on the specific merits of each issue. “It was agreed between the learned counsel for the parties that this Constitution Bench may only answer the constitutional questions and the individual appeals thereafter will be decided by appropriate regular Benches” this statement in Justice Bhushan’s judgment indicates the scope of the exercise of the constitution bench.

That the LG should act in accordance with the “aid and advice” of the ministers is also apparent from Article 239AA(4). The grey area was the proviso to Article 2399AA(4), which enabled the LG to make references to the President in case of difference of opinion with the ministers “in any matter”.  The court said that words “any matter” employed in the proviso to clause  (4)   of Article 239AA cannot be inferred to mean “every matter". The court held that the power of the Lieutenant Governor under the said proviso represents the exception and not the general rule. It also added that if the expression ‘any matter’ were to be read as ‘every matter’, it would lead to the President assuming administration of every aspect of the affairs of  Delhi, which was against the scheme of Constitution.

Yet, the court did not venture to issue clear guidelines regarding the exercise of the power of reference. The court cautioned that reference should be made only in “exceptional matters”, and left the matter there. CJI Dipak Misra, in his characteristic verbiage, expressed that “difference of opinion between Lieutenant Governor and the Council of Ministers should have a sound rationale and there should not be exposition of the phenomenon of an obstructionist but reflection of the philosophy of affirmative constructionism and profound sagacity and judiciousness”. Justice Chandrachud was more direct in stating that “it may not be possible to make an exhaustive catalogue of those differences which may be referred to the President by the Lieutenant Governor”. He seemed to hint that the LG can differ only as a “protector of national concerns”. Justice Bhushan stated that power of reference can be exercised only when it becomes “necessary to safeguard the interest of the Union”. The vagueness in these statements leaves the door ajar for further “constitutional skirmishes” (borrowing expression of Justice Chandrachud).

With the judgment of the constitution bench, the stage is now set for the determination of the merits of each of the issues resulting out of the power tussle. News reports suggest that the Delhi government has sprung into swift action, treating the judgment as a vindication of its position on all issues. There were reports that Delhi minister Manish Sisodia issued transfer and posting orders immediately after the verdict. However, the legality of the MHA notification reserving power over “services” with the Central Government is yet to be determined. The constitution bench has only declared the law on the point and has not decided on the merits of the issues involved. Whether the Delhi Government has the power to take decisions like setting up of ACB, the order of inquiry into DDCA corruption and CNG Fitness scheme, the appointment of Special Public Prosecutor etc., is now to be decided by the appropriate bench as per the roster arrangement made by the CJI. Perhaps, the AAP government should hold on its jubilations, until final pronouncement on the merits of all the contentious issues.

Impact on UT of Puducherry?

These are hasty conclusions which do not find support in the judgment. The ambit of powers of LG of UT of Puducherry did not arise for consideration in the case. When the counsel for Delhi Government attempted to draw parallels from Puducherry, the judgment noted that the NCT of Delhi and UT of Puducherry are not similarly placed.  It is specifically noted that Puducherry was a Union Territory created under Article 239A. However, Delhi has been given a special status in view of its position as the National Capital, and this status is different from that of a UT. Therefore, the judgment stated that Delhi and Puducherry were on different footings that were not comparable.

Anyhow, the AAP government has won the battle for now. Whether it will win the war or not only time can tell.

[The opinions expressed in this article are the personal opinions of the author. The facts and opinions appearing in the article do not reflect the views of LiveLaw and LiveLaw does not assume any responsibility or liability for the same]
TagsArticle 2399AA(4) Article 239AA of the Constitution Delhi Govt v LG Tussle Lieutenant-General NCT of Delhi Supreme Court
Next Story
Similar Posts
+ View more
Law Firms
+ More