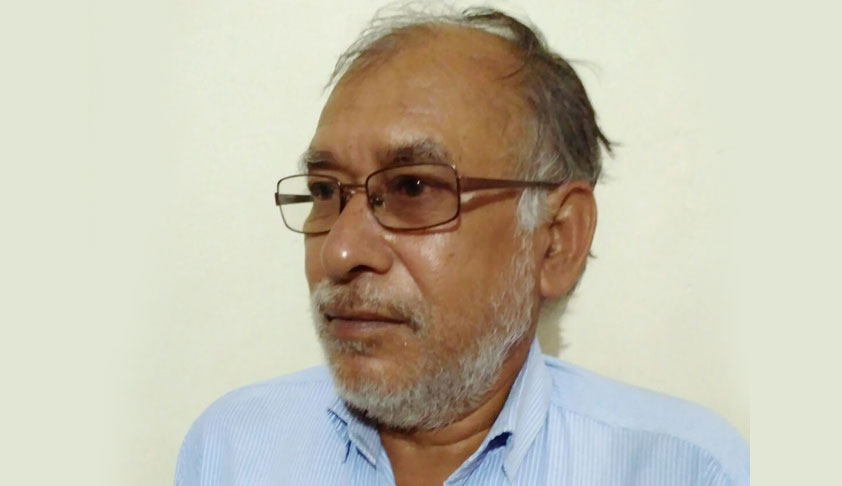 “ Postman ”, The word conjures up the image of a friendly-looking man riding a bicycle and delivering letters at various addresses doing the rounds of his designated area.Hari Prakash, 57, is also one such postman . However, after his official labour, he has been doing rounds of courts and tribunals for availing access to the Central Government Health Scheme (CGHS).Hari Prakash lives...

“ Postman ”, The word conjures up the image of a friendly-looking man riding a bicycle and delivering letters at various addresses doing the rounds of his designated area.

Hari Prakash, 57, is also one such postman . However, after his official labour, he has been doing rounds of courts and tribunals for availing access to the Central Government Health Scheme (CGHS).

Hari Prakash lives in village Iradat Nagar (Naya Bans) in outer Delhi. He is a class IV employee of the Centre. The compulsory monthly contribution of Rs. 125 towards CGHS is also deducted from his salary. That makes his family and him entitled to healthcare under the CGHS.

But Iradat Nagar is a non-CGHS area. While the government has opened 26 dispensaries/wellness centre at different places in North zone of Delhi, there is none in the rural area of North and North-West Delhi comprising over 50 villages, including Iradat Nagar @ Naya Bans, resettlement colonies and Narela sub-city and several thousands of central government employees.

Hence, Hari Prakash and his dependants have no access to the long list of medical facilities at empanelled hospitals or even the basics at a wellness centre.

What is shocking is that his applications for benefits under the CGHS and issuance of CGHS card have met with long silence of the CGHS department and the Ministry of Health and Family Welfare.

The Central Administrative Tribunal, where Hari Prakash, has been fighting for his rights as he advances towards becoming a senior citizen, had to issue several orders to the CGHS department to at least file its reply.

It was after two years, 11 hearings and fines, both imposed and warned of, that the department blinked. A reply was filed last week saying Iradat Nagar is a non-CGHS area.

“When all central government employees are entitled to CGHS benefits, why are we being denied the same only because our place of residence is not covered under CGHS. And this is 2017. Why is Iradat Nagar left out,” his family asks.

Though the CGHS was initiated in the year 1954 in Delhi and now covers 27 cities, the villages in Delhi remain uncovered.

As Hari Prakash’s petition informs, about 2 acres of land was earmarked in the year 1971 at Village Iradat Nagar Naya Bans for dispensary/hospital but it is lying unused. He says the land can be utilised for opening of the CGHS dispensary.

Hari Prakash’s battle for his rights started in year 2012 when he moved an RTI application. He was told that the contributing employees are deemed to be regarded as CGHS beneficiary and the radius rule is not applicable. Under CGHS, an area of 3 to 4 KM of radius is covered by a particular dispensary.

In September 2014, an online application for grant of CGHS card forwarded by the Department of Posts on his behalf in 2014 was also rejected.

“Uncovered”, the returning remarks read. A month later, he made a personal request before the Additional Director, CGHS but by the end of 2014, it met the same fate.

In January 2015, Hari Prakash submitted a representation to the department concerned and also raised voice for establishment of a wellness centre in his area. Repeated reminders were sent. By June 2015, those were also rejected on the ground of his residence falling in a non-CGHS area.

In August 2015, Hari Prakash moved Delhi High Court, but withdrew his petition and approached CAT over alleged continued violation of his fundamental rights.

He relies on a 1988 order issued by the Centre vide which medical facility has been granted to all CGHS employees, irrespective of the residence being in a non-CGHS area.

“When CGHS employees can be given medical facilities, why are central government employees, including the applicant residing within the rural area, being deprived of the medical treatment. The action of the respondents is a clear violation of Article 14 of the Constitution of India being discriminatory, arbitrary, perverse and capricious as well,” his petition says.

“Right to Health and Health Care is a fundamental right as enshrined under Article 21 read with Article 39(e), 41, 43 and 47 of the Constitution of India. The respondents No.1 to 4 (Centre and CGHS office bearers) by denying the applicant right to avail of medical benefits under the CGHS Scheme are violating the fundamental rights of the applicant,” it says.

When the case came up before CAT in 2015, it turned out to be a longer wait with the Centre not even bothering to file reply for two long years.

When the matter came up on July 26, CAT bench of V Ajay Kumar had noted that inspite of “granting substantial time and imposing cost on 25.02.2017, the respondents have failed to file reply”.

The proxy counsel had told the tribunal that in spite of sincere efforts and after writing number of letters, the respondents are not responding and furnishing any remarks to enable to file the counter.

The tribunal had then fixed the matter for August 8 warning the Director, CGHS, that if he fails to reply, he would have to appear in person to explain why a counter could not be filed despite several opportunities.

A further warning was issued on August 11 when the respondents’ counsel pleaded for accommodation. The same was the attitude on August 16 when CAT was forced to warn him of action.

“It is however, made clear that in case respondent no.3 fails to appear before the next date of hearing appropriate action against him, as per the law, would be initiated against him,” it had ordered.

On September 14, a reply was filed which reiterated that Iradat Nagar is a non-CGHS area.