Agusta-Westland Scam: Why Did You Insist On Agusta-109 Helicopters', SC Asks Chhattisgarh Govt 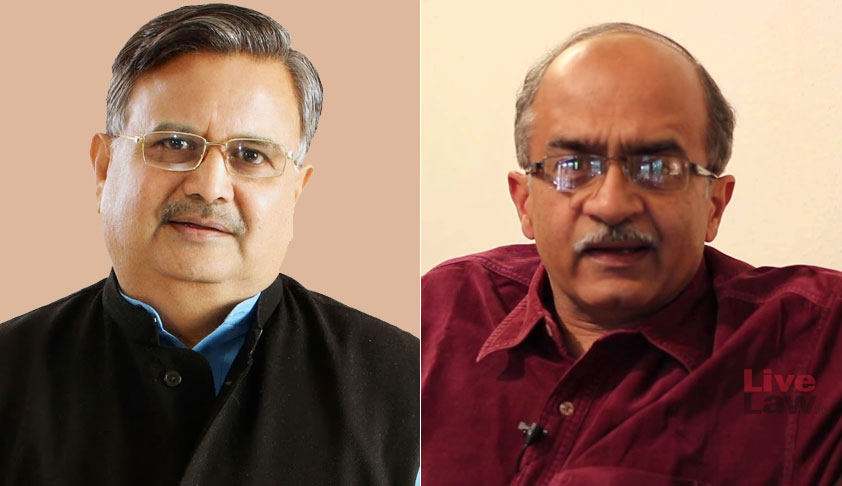 The Supreme Court bench of Justice UU Lalit and Justice Adarsh Kumar Goel on Thursday resumed hearing on the writ petition filed by the socio-political group, Swaraj Abhiyan, on the AgustaWestland chopper scam.Advocate Prashant Bhushan, appearing on behalf of Swaraj Abhiyan, produced before the apex court documents recovered by the petitioners in a recent RTI inquiry.He submitted the...

The Supreme Court bench of Justice UU Lalit and Justice Adarsh Kumar Goel on Thursday resumed hearing on the writ petition filed by the socio-political group, Swaraj Abhiyan, on the AgustaWestland chopper scam.

Advocate Prashant Bhushan, appearing on behalf of Swaraj Abhiyan, produced before the apex court documents recovered by the petitioners in a recent RTI inquiry.

He submitted the Chhattisgarh government order directing payments to be made by the State Bank of India towards purchase of the impugned choppers, which bore the name of one V Krishnan, the representative of OSS Ltd, one of the five bidders in the Global Tender dated May 30, 2007, issued by the state of Chhattisgarh for the procurement of helicopters.

Bhushan contended that it is suspicious that OSS, deemed to be competing in the tendering process with Sharp Ocean from which the helicopters were finally purchased, acted as a facilitator in the execution of the latter’s contract with the Chhattisgarh government.

Thereafter, Bhushan produced evidence of the state of Chhattisgarh hiring, after 2008, the choppers that it had initially rejected in the tender floated by it. “They insisted on choppers manufactured by AgustaWestland and of the particular model only and rejected the other bids only to rent the latter’s helicopters subsequently,” the counsel submitted.

Finally, Bhushan discussed the tripartite agreement dated October 26, 2007, whereunder one Serum Institute, based in Pune, cancelled its order of May, 2006, for the A-109 helicopter, at the cost of having forfeited its down payment of $1 lakh, and surrendered its rights in respect of the chopper to Sharp Ocean which, in turn, sold the same to Chhattisgarh. “It is totally murky,” Bhushan said.

The division bench then proceeded to frame the questions the response to which shall determine the outcome of the contentions averred in the present writ petition:

Senior advocate Mahesh Jethmalani, representing the state of Chhattisgarh, submitted that at present, the state government is using the Agusta helicopters, 3 Euro craft choppers and one of the other manufacturers. Jethmalani argued that the Agusta helicopters are regarded the best in terms of quality. He cited the unfortunate incident of July 2007, when one of the Euro craft choppers had crashed, killing 2 pilots. At this point, Bhushan interrupted, saying, “Put all of this information on affidavit.”

The counsel for the petitioners also sought time from the top court to respond to the averments in the counter affidavit.

The matter is next listed for further hearing on January 1, 2018.