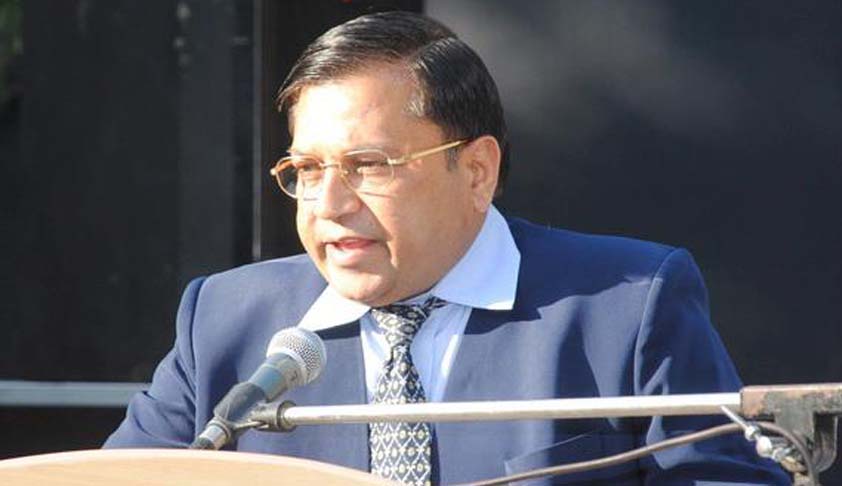 All India Bar Association has sought Presidential Reference on the “controversial collegium and NJAC issues as appointment of at least 125 Judges for various High Courts is hanging fire”.

In a representation to the President, AIBA Chairman and senior advocate Dr. Adish C. Aggarwala the President’s intervention to ensure that the ongoing hearing of the NJAC case before the Supreme Court has referred to an 11-judge bench for a comprehensive settlement of the raging debate.

Mr. Aggarwala drew the attention of the President to Attorney General Mukul Rohatgi’s plea to refer the matter to a larger bench of 11 judges so that the issue could be settled once and for all. The AG is keen on considering the decisions in the Judges’ case of 1993 (Supreme Court Advocates-on Record Association v. Union of India) and 1998 (In re Special Reference 1 of 1998), which had paved way for the collegium system. The Bench is yet to take a final decision on the issue.

Dr. Aggarwala said: “With the notification of the NJAC, the collegiums system is no more in existence. The government has already stopped consideration of over 125 names recommended by various high courts for appointment of judges. Further, some additional judges initially appointed for a period of two years are to be confirmed as permanent judges shortly. The present judicial stalemate does not augur well for the country.”

According to the representation, over 125 names recommended by various High Courts for appointment as Judges, has already been stopped by the Government. Expressing his own opinion over the case of Supreme Court Advocates-on Record Association v. Union of India, Mr. Aggarwala stated, “With over 36 years of standing in the bar and author of commentary on Constitution of India, I can safely say with confidence that the apex court in 1993 had indulged in judicial overreach when it held that President of India was bound by the advice of the Chief Justice of India and other members of the collegium in matters of judicial appointments if the collegium were to reiterate its position whenever there was any objection from the Executive through the President.”

He has also claimed that the 1993 judgement violated “the doctrine of separation of powers among the three organs, viz executive, judiciary and legislature”.

The Supreme Court in the case of Supreme Court Advocates-on-Record Association v. Union of India in dealing with Article 124(2) and 217(1) of the Constitution interpreted the word “consultation” to mean “concurrence”. The Advisory Opinion of the Supreme Court in Special Reference No. 1 of 1998 prescribed a distinct process of appointment whereby the judiciary through its “collegiums” consisting of the Chief Justice and two or four senior judges, as the case may be, would recommend names to the President, who then is bound by the decision of the Collegium.

The following questions have been posed for consideration in the reference:

LiveLaw had reported earlier in the day that the  Supreme Court Advocate on Record Association (SCAORA) had opposed the government’s plea for referring to a larger bench the challenge to the NJAC contending that the issue before the court was whether it was in conformity with the basic structure of the constitution or not.

Senior counsel Harish Salve appearing for Haryana had urged the court that in order to give weight to the entire consideration of the issue, the matter should be referred to larger bench of nine or 11 judges. Read the LiveLaw story here.

You may read LiveLaw’s coverage of the case here.