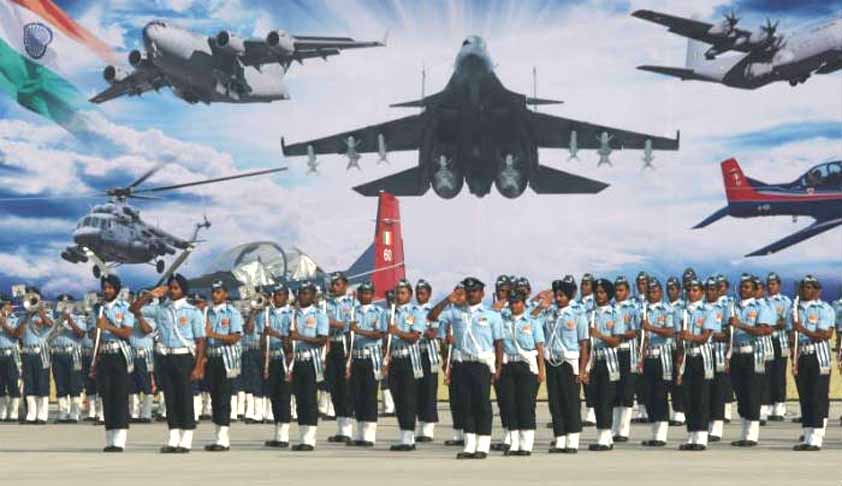 In a landmark judgment, the High Court of Delhi on Tuesday recognized the right of armed force personnel to a safe working environment, as a Fundamental Right extending under the Right to Life. It went on to direct the Centre and Hindustan Aeronautics Ltd. (HAL) to pay a total of Rs. 55 lakh compensation to a serving IAF officer rendered unfit for flying after a MiG-21 crash in...

In a landmark judgment, the High Court of Delhi on Tuesday recognized the right of armed force personnel to a safe working environment, as a Fundamental Right extending under the Right to Life. It went on to direct the Centre and Hindustan Aeronautics Ltd. (HAL) to pay a total of Rs. 55 lakh compensation to a serving IAF officer rendered unfit for flying after a MiG-21 crash in 2005.

“A soldier or officer’s honour and dignity is as much a part of his right to life; it is to be respected just as much, if not more, for the reason that it is offered unhesitatingly and fully in defending the borders of the nation. Unlike "hired guns" they stand guard so that the rest exercise our liberties. Denying them the right to a safe workplace with standard equipment constitutes violation of their right to life and dignity,” the Bench comprising Justice S. Ravindra Bhat and Justice Deepa Sharma observed.

The Court was hearing a Petition filed by Mr. Sanjeet Singh Kalia, a Wing Commander in the Indian Air Force, who had approached the Court in 2013. Mr. Kalia had met with the accident, which left him with cervicalgia and disc bulges of the vertebrae, during a regular exercise on January 4, 2005.

In the Petition, Mr. Kalia had recounted the incident, explaining that he had started experiencing a drift to the left minutes after take-off. Simultaneously, there was a fire at the rear end of the jet. “Assessing the emergency, the petitioner promptly carried out all the essential directives and got the tyres of the aircraft down for a landing,” the plea stated.

“Despite a near-complete engine/control failure and at grave risk to his own life, the petitioner continued to stay put in an almost uncontrollable aircraft so as to steer it away to safety from a nearby village...To save human life, the petitioner ejected only seconds before the crash of the aircraft,” he had further explained in his petition. After the incident, thorough medical examination had deemed him unfit for flying and even day-to-day activities.

During the hearing, the Centre and HAL had argued that fighter pilots assent to the inherent risks of flying. This assent, they had averred, absolves the Government from any liability when an accident takes place. To this, Mr. Kalia had argued that this “assent” does not extend to acts of gross negligence in manufacturing of aircrafts through which the life of personnel is put in danger. With respect to this contention, the Court agreed with the Petitioner.

HAL had further contended that the Air Force ought to have noticed the defect in the aircraft involved in the crash while ascertaining its airworthiness. Further, it asserted that in the absence of a noticeable crack, no liability can be affixed upon HAL.

The Court, however, rejected HAL’s contentions and opined that HAL’s submission that Mr. Kalia has no actionable claim was “meritless and indefensible”. It further relied on the expert evidence which suggested that the cause of the crash was poor or inadequate workmanship during the maintenance operations of HAL, rendering it liable for negligence.

The Court went on to direct the Centre to consider the feasibility of keeping in place a policy to insure its pilots against the special risks they undertake in the discharge of their duties. It further observed that the premium paid and the insurance policy should be such as to indemnify the kind of injuries - both physical and mental- that pilots are likely to suffer, in such incidents.

Right to a safe working environment

The Court accepted Mr. Kalia’s contention that the Centre and HAL were under an obligation to take all reasonable steps to prevent manufacturing and technical snags. He had further contended that his right to work in a safe environment is an un-enumerated but integral component of the fundamental right to life and liberty under Article 21 of the Constitution of India.

Accepting the contention, the Bench thereby observed, “A soldier or an air warrior like the petitioner can be expected to be aware of the "normal" risks that he undertakes to accept in the course of a career that is removed from the ordinary. That assumption of risk at the same time raises the threshold bar on his employer and those assigned by the employer to maintain the standards in respect of the workplace and the technical equipment, which such officers and warriors have to handle and live with. The HAL's insistence of blamelessness and the stony silence maintained by the UOI in keeping the petitioner in the dark, and for its share of lapse in providing a safe workplace- with standard equipment, maintained to highest standard, are indefensible.”

Further, commenting on whether negligence in servicing of aircraft a risk incident to the activity that a pilot discharges as a member of the Air Force, the Bench observed, “A pilot is entitled to care and protection within the tenets of what is within the control of his or her employers, and the bare minimum that his or her employers are expected to ensure, and that is that the aircraft and the machinery they operate is not seriously compromised by sub-par maintenance or substandard maintenance. That is a risk that no pilot consents to implicitly as a function of her or his job description. This is not to say that every mechanical error in an aircraft or a machine will invariably invite liability or fault... A manufacturing defect or a defect attributable to less than standard maintenance, which is avoidable and compromises the strength of an aircraft however, is altogether different; it can give rise to liability and an actionable claim to damages.”

On the question of compensation, the Apex Court referred to a long line of judgments which had held that Courts are not, in any way, restricted by the reliefs expressly mentioned under Article 32 of the Constitution of India, in case of violation of Fundamental Rights of an individual. It thereafter observed that laying a straightjacket formula for awarding compensation in Writ Proceedings would “either be obsolete or limiting”, as considerations in each case may be widely different from each other. The Court further opined that compensation in such cases is nearly synonymous with restitution, whereby the Court attempts to restore the position as it existed before the act causing such loss to be committed.

The Bench, at this point, rejected the reliance placed by HAL on precedents which lay down the proposition that where liability is not discernible clearly, the Courts should be circumspect and should abstain from directing compensation. It observed that the principle would not apply to the case at hand, as Mr. Kalia had used “all the professional skill and experience he had, to cause minimal damage to the aircraft, no damage to any others (as seen by the fact that he steered the plane’s course from a village) and maximum damage to himself.”

The Court thereafter noted that the injuries had “irrevocably affected his career trajectory”, awarding Rs.5 lakh for trauma and agony, and for non-disclosure of relevant information relating to an unsafe workplace. HAL was directed to compensate the Petitioner with Rs. 50 lakhs, for “exposing him to more than the reasonable and ordinary risk which he undertook, solely on account of the inadequate and less than standard workmanship that it undertook for the aircraft.”

The Court explained that the damages were based on the assumption that the balance of the petitioner’s services, i.e. 20 years, would have resulted in higher annual average overall income of Rs. 2.5 lakhs per year, taking into account the career progression. The costs of the proceedings were pegged at Rs. 50,000, and were directed to be borne by HAL.