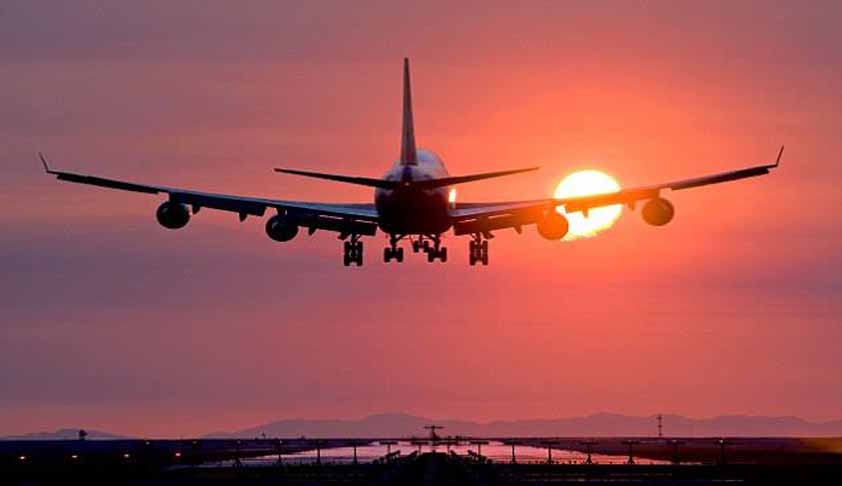 Vasant Enclave resident Lt Gen (Retd) Satwant Singh Dahiya, a victim, had sought action against the airlines and levy of hefty fines on them for endangering the health of residents, terming their act as violation of the 'Swachh Bharat Abhiyan'.

On a complaint of human waste being splattered on houses from airplanes while landing, the National Green Tribunal has ruled that any airline indulging in the terrible practice will have to pay a fine of Rs 50,000.

The green tribunal directed Directorate General of Civil Aviation to issue a circular to all airlines in this regard.

The Tribunal’s principal bench headed by its Chairperson Swatanter Kumar was passing a slew of directions on a plea filed by a retired Army officer alleging dumping of human excreta by aircraft over residential areas near the Indira Gandhi International Airport.

Lt Gen (Retd) Satwant Singh Dahiya who has sought action against the airlines and levy of hefty fines on them for endangering the health of residents, terming their act as violation of the 'Swachh Bharat Abhiyan'.

The tribunal asked the Directorate General of Civil Aviation (DGCA) to issue circular to all ground handling services and airlines to ensure that they do not release waste from human waste tanks while landing or anywhere near the terminals of the IGI Airport.

DGCA shall also issue directions that aircraft on landing shall be subjected to surprise inspection to see that human waste tanks are not empty.

“If any aircraft is found to be violating such circular or (their) tanks are found empty on landing, they shall be subjected to environment compensation of Rs 50,000 per default”, the bench said.

While issuing directions, the green panel also said it was surprised to note the stand taken by the Central Pollution Control Board (CPCB) that on analysing the samples taken from the petitioner's house, it could be ascertained that it was excreta but its source could not known.

“We are surprised to note the stand of CPCB to the extent of coliform and the kind of splashes created on the houses of the petitioner as well as others clearly demostrate that it was human excreta”, the bench said.

It added that the amount collected shall be deposited with CPCB for using it for environment protection and a quarterly report shall also be submitted by DGCA before it.

DGCA was also asked by the tribunal to set up a helpline so that similar complaints can be addressed and the helpline number as well as email address be kept in public domain.

DGCA told the bench it has issued a circular to constitute a committee to investigate the matter.

The NGT had earlier slapped a cost of Rs 5,000 on the Environment Ministry and the Ministry of Civil Aviation for their failure to file inspection report on the plea.

It had also directed CPCB to depute a senior environmental engineer to inspect the petitioner's house and check the existence of human excreta on its walls and if excreta were found, samples should be collected for analysis and the report placed before the tribunal. In his petition,

Vasant Enclave resident Dahiya had sought creation of a 24-hour helpline for immediate reporting of such incidents and a monitoring mechanism to check that no aircraft drops human soil or excreta while landing.

The Ministry had opposed the argument and said plane toilets stored the waste in special tanks which are normally disposed of by ground crews once the plane lands. However, aviation officials acknowledge that lavatory leaks can occur in the air at times.