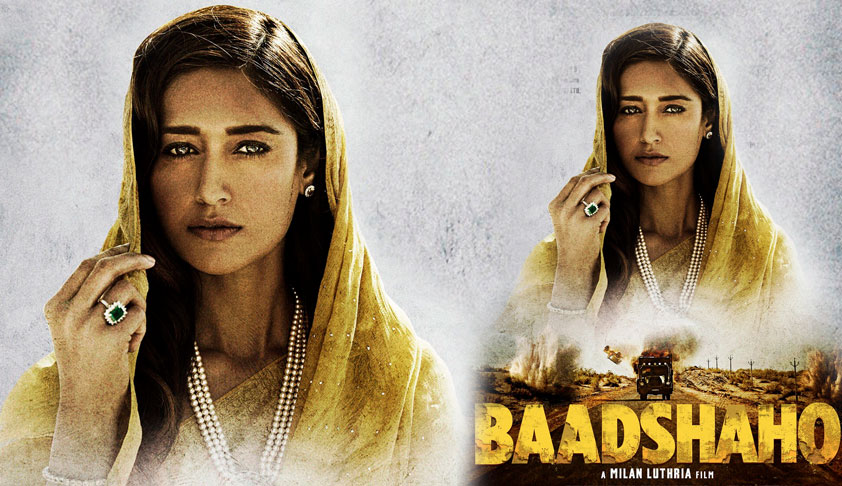 Allowing a plea filed by Trimurti Films Pvt Ltd, the Bombay High Court recently held that upcoming movie Baadshaho could not be released with the song Keh Doon Tumhe as it infringes upon the copyright of the plaintiff.

Trimurti Films Pvt Ltd owns all the rights to all the songs featured in the 1975 movie Deewar, including Keh Doon Tumhe.

These rights of the plaintiff came to be owned by them following a contract of service dated April 3, 1974, with music composer RD Burman and lyricist Sahir Ludhianvi.

In 1974, Trimurti Films entered into an agreement with Polydor of India Limited (now known as Universal Music India Pvt Ltd.) wherein Polydor had the right to make and sell gramophone records of the songs of the film Deewar and the mechanical reproduction rights for limited purpose of making and selling gramophone records.

According to plaintiff, the right to use the sound recordings or the underlying works, including lyrics and the tune for any other purpose whatsoever, continues to vest with plaintiff but upon reading in the newspaper about the defendant’s intent to use the song Keh Doon Tumhe, the plaintiff filed a suit seeking injunction against use of this song in the film.

The songs, both original as well as its new version, were played in the court and lawyers for the defendants, did not dispute the fact that both were essentially the same song with slight modifications.

It was also argued on behalf of Super Cassettes (makers of Baadshaho) that since sound recording rights had been sold to them by Universal Music, they had copyright over the songs as well as the lyrics.

The court rejected this argument and observed:

Under Section 13(1) of the Copyright Act 1957, copyright shall subsist in

(b) in cinematograph films and

Thus, Justice Shriram held that defendants only had mechanical reproduction rights over the songs for the limited purpose of making and selling gramophone records and could not release the film with the song Keh Doon Tumhe. He said: “In the circumstances, I am satisfied that a strong prima facie case is made out by plaintiff for grant of injunction as prayed for.”