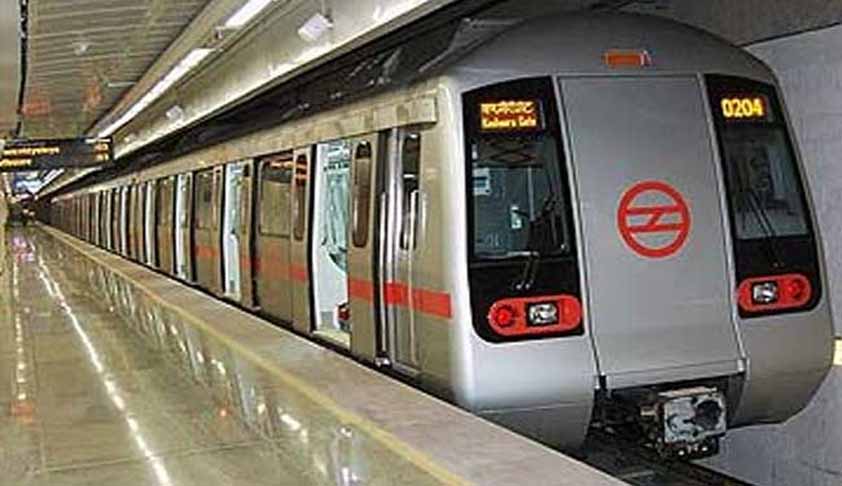 The Delhi High Court has sought response of the AAP government on a plea moved by Congress leader Ajay Maken seeking direction to the Centre and city government to subsidise Delhi Metro fares and clear various hurdles in development of Delhi Metro’s Phase III and IV to prevent commuters’ shift to private transport and in effect curb air pollution.A bench of Chief Justice Rajendra Menon...

The Delhi High Court has sought response of the AAP government on a plea moved by Congress leader Ajay Maken seeking direction to the Centre and city government to subsidise Delhi Metro fares and clear various hurdles in development of Delhi Metro’s Phase III and IV to prevent commuters’ shift to private transport and in effect curb air pollution.

Maken moved the application seeking impleadment in a petition concerning disabled-friendly public transportation system in Delhi. He had earlier also moved the high court for affordable public transport and tackling air pollution but that petition was allowed to be withdrawn with the court already seized of similar issues in a separate petition.

In the instant impleadment application moved through advocates Aman Panwar and Mudit Gupta, Maken said, “As per the DMRC Directors’ Report 2016-17, the total Delhi Metro ridership for the year 2016-17 was 100.79 Crore. The fare hike in October, brought the metro ridership down by more than 3 lakh passengers per day, on an average, every passenger travelling by metro is paying about Rs.7.5 extra/ per trip.

“…it can be seen that pursuant to the October 2017 fare hike, the DMRC’s Annual Revenue would tentatively go up by Rs 755.92 Crores. It is submitted that if the GNCTD and the Union Government agree to provide an annual subsidy to the tune of Rs 755.92 Crores, then the DMRC’s decline in the daily ridership of 3 lakh passengers could be reversed. Further, as a natural corollary, shifting the burden to Delhi metro would automatically bring down the load of private vehicles plying on the roads of Delhi, which would in turn bring down the pollution levels in the National Capital,” he said.

Maken said: “Dangerous levels of air pollution in Delhi is perhaps a unique issue which affects the health of all persons, irrespective of their financial status. And if amidst such alarming pollution levels, the residents of Delhi, due to faulty policies of the Government, are discouraged from using metro and other means public transport, the situation is bound to worsen. Hence, it is imperative that the Government of NCT of Delhi and the Union Government be directed to subsidize public transport, especially the skyrocketing metro fares so that people are not adversely encouraged to shift to private transport.”

He also said Chief Minister Arvind Kejriwal has already made a public statement showing his willingness to contribute Rs 1,500 crores from the corpus of GNCTD’s funds towards subsidizing metro fares but no action has been taken.

The two-time MP from New Delhi has also sought direction to the government agencies concerned to clear hindrances, on priority, which are delaying the work of metro Phase-III besides directions to the subordinate courts to expedite pending litigations, if any, concerning land for metro projects.

Parking space an excuse for less DTC buses on road

Maken said the government has been using lack of parking space as an excuse for not procurirng enough number of DTC buses forcing people to move around in private vehicles.

Based on his past administrative experience, Maken suggested that the Centre be impleaded in the case and directed to suitably amend the MPD-2021 to allow multi-level bus parking at DTC depots as suggested by Environment Pollution (Prevention & Control) Authority {EPCA}.

“Augmentation of parking space within depots would be extremely vital in order to augment the number of buses in Delhi,” he said while stressing that the government has been giving excuses that more buses could not be procured due to lack of enough parking  space when the MPD-2021 which allows only for bi-level bus parking depots (basement and ground) can be amended to make way for three-tier parking.

Relying on an RTI application moved by a media house, Maken said the RTI response revealed that there is Rs 1500 crore in that fund out of which only Rs. 93 lakh has been spent.