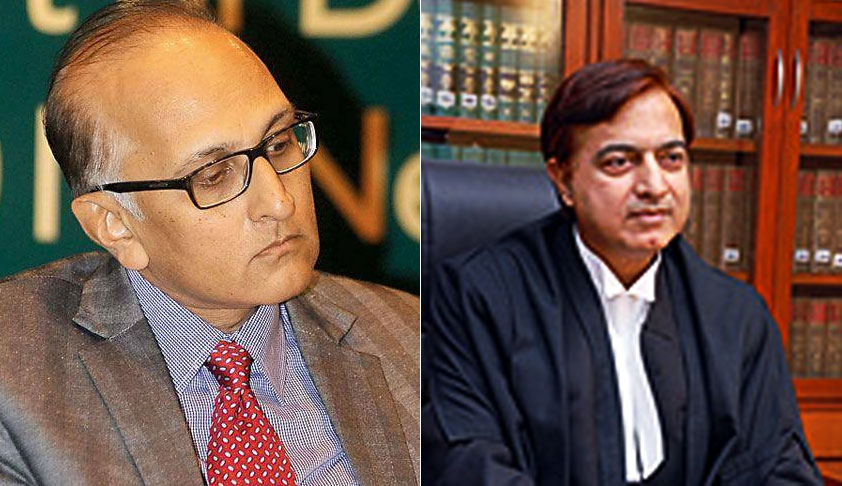 The Delhi High Court on Tuesday dismissed a petition filed by a judicial officer challenging the criteria adopted by the Delhi High Court for promotion to posts of District and Sessions Judges as being non-transparent.In doing so, the Bench comprising Justice S. Ravindra Bhat and Justice Sunil Gaur also issued certain guidelines to be kept in mind by appraisal evaluation authorities for...

Ms. Kohli, who joined the Delhi Higher Judicial Services in 2002, had alleged that during her tenure, the High Court had changed the criteria for promotion several times, without intimating the same to judicial officers.

She had now challenged a resolution passed by the High Court in April, 2009 (as amended in January 2010 and January, 2011), requiring every eligible officer to have been graded 'A' grade in the annual confidential reports (ACRs) for the previous five years, as on the date when the consideration for filling the post is to take place.

The petitioner had been assessed "B+" (Good) in her ACRs for last several years, but in recognition of her high disposal rate, the Court had granted her ‘super time scale’ in December last year.

Being aggrieved by the denial of promotion, which was given to her juniors, she had then approached the Delhi High Court for relief. She had not only taken objection to the amendments being introduced without informing the judicial officers, but also the nature of the criteria, asserting that due weightage had not been given to her seniority. The criteria was further challenged as being opaque and lacking transparency

Rejecting her submissions, the High Court, at the outset, took note of the Supreme Court judgment in the case of State of Bihar v. Bal Mukund Sah, wherein the Apex Court had emphasized on the primacy of the High Court’s power to make binding recommendations for appointment of District Judges.

The Court then went on to assert that Ms. Kohli’s allegation of being kept in the dark about the amendments to the process was not justified. It noted that before 2008-09, there was no criteria, which meant that the High Court more or less had the absolute discretion to select and appoint anyone, on the basis of seniority, or merit. This “no norm” period was sought to be rectified by structuring the discretion, and insisting that the concerned officers ought to score certain threshold gradings in their ACRs to be eligible for consideration.

This administrative criteria, it observed, per se cannot be characterized as arbitrary, given the prevailing “no norm” or “no rule” period. As for the need for A grade in ACRs, it further explained, “Though not a matter of record, it is a fact that around that time, the existing one District court‟s territorial jurisdiction for the whole of Delhi was re-organized; nine District Courts were created, with resultant distribution of jurisdiction. That has now been further re-organized. The consequent need to fill nine posts was felt.

The committee, which reported to the Full Court on 14.12.2009, took into account the identity of pay scales of District Judges and equivalent grade All India Service (IAS) officers and felt that since the former had to cross a threshold bar of five “Very good” ACR gradings for five years, preceding the date of consideration (for higher positions), a similar approach could be adopted.”

In such circumstances, it observed that Ms. Kohli could not have been expected to have  been informed of introduction of a higher threshold, adding, “A judicial officer – like any other public employee or official joins the service, hoping to make a difference, in terms of dealing with the workload, quality of output (i.e. the judgments delivered) and also the cases assigned to her. In a sense, service in the judicial department (though a public service) is a mission, given the solemn nature of judging. If this is the assumption on which every judge, at every level is appointed to the judicial system, the argument that if one is made aware that a higher threshold of performance is expected, she or he would work better (or have worked better) cannot be countenanced.”

All judges are expected to perform at their optimum levels

Driving home the point, the Court further emphasised on the need for all judges to perform at their optimum levels regardless of being informed of any administrative criteria. It observed,

“All judges – District Judges being no exception – are expected to perform at their optimum levels, given the exploding dockets, which they have to handle. The primary role of anyone, when appointed as a judge is to perform as a judge, to the best of her ability and competence. An incumbent cannot be heard to say that her judicial work was not up to the mark, because she was involved in some other duties or more importantly, she was not aware that best performance would result in selection as District Judge. Every functionary- including judges shoulder those extra duties to varying degrees, at different points of time. Nor do those duties define the role of any incumbent in a judicial service or system.

If seen from this perspective, the work performed by every judicial officer is what is graded in the ACR. Therefore, to say that had any incumbent known that the highest or a better grading is essential she or he would have performed better is no grievance. The performance of every judge is expected to be her or his best, or what she or he was capable of, for the relevant period. Therefore, the nuancing of discretion (to appoint) from an absolute one, to one based on performance and merit, of DHJS officers, is neither arbitrary nor unreasonable.”

The Court further refused to accept the contention that Ms. Kohli should have been informed of her juniors’ gradings, with the Court asserting that the gradings given to each individual are treated as confidential.

The Court, however, noted that appraisal recording of ACRs, largely based on the "unit-based system”, might not be the best method as it often overlooks the asymmetries of roster pressures and subject matter uniqueness of each jurisdiction. Therefore, in order to “inject greater uniformity, objectivity and also some measure of transparency as well as predictability in ACR grading”, it directed the following to be kept in mind by the appraisal evaluation authorities:

(1) (i) The concerned judicial officer should be award of marks/points for a maximum of 100.

(ii) The 100 marks to be awarded shall be divided as follows:

(a) 20% shall be earmarked for quality of judgments (with sub-heads, if possible for clarity, analytical skills, and application of law etc). For appraisal of judgments, the committee/appraising judge should call for all the judgments in contested cases, and, depending on the jurisdiction or jurisdictions exercised by the judicial officer, select 5 randomly – having as great a spread, according to the period (i.e. in the one-year period) and jurisdictions as possible. Copies of such five judgments should be considered. The relevant attributes for consideration should be clarity, grasp of legal principles and their application.

(b) A maximum of 25% may be awarded for the institution/disposal ratio. Of this, 10 marks should be for quantum of achievement (i.e. whether disposals were greater than institutions, in a given year) and 15 maximum marks for the units achieved for the relevant period.

(c) A maximum of 20% may be awarded for the total number of final judgments delivered in contested matters. Such a benchmark would interrogate and reveal in real terms the qualitative disposals, rather than relying on the achievement of statistical targets by judicial officer.

(d) Every judicial officer claiming disposal targets, based on a maximum of 10% may be awarded for timeliness, promptness in delivery of judgments, disposal of old cases, not taking leave or clubbing leave with vacations, etc. (depending on the propensity or tendency of judicial officers to do so).

(e) The balance 25% may be awarded by the appraising High Court judge/Committee on the basis of interaction/ inspection.

(2) Some allowance may be given wherever the judicial officer is assigned burdensome administrative tasks, such as membership of committees, co-ordination for events, conducting disciplinary enquiries if any of staff, etc. Likewise, where there are peculiarities of jurisdiction, such as where the judicial officer handles CBI courts, or other jurisdictions which have their special characteristics, separate criteria needs to be devised.

(3) No officer should ordinarily be subject to appraisal of any one judge or committee for more than two consecutive years. This would eliminate unconscious biases in favour and against the officers.

(4) Instructions may be also issued requesting all appraising judges/ committees to forward instances of outstanding judgments and extremely poor judgments of any given judicial officer, which they may come across in their normal judicial functioning to the High Court registry, with further instructions that such judgments may be placed before the concerned inspecting High Court judge/committee for due consideration and input for the ACR appraisal of that judicial officer.