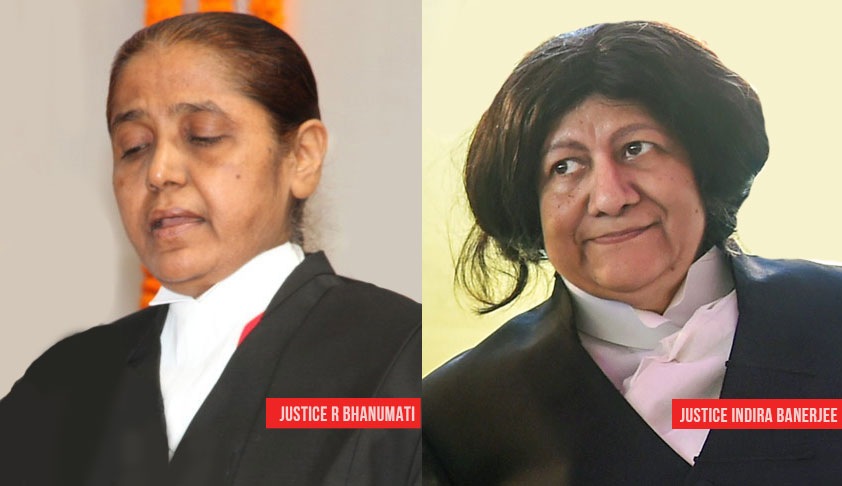 A Supreme Court judgment delivered by a women-only bench is a rarity.

One such judgment has been delivered by the all-women bench which sat on September 5, convicting a school teacher whose assault on a second standard student resulted in loss of vision in the left eye of the latter.

Before Justice R. Banumathi and Justice Indira Banerjee sat in Court No.12 on September 5 and 6, there was only one instance in the year 2013 where Justice Gyan Sudha Mishra and Justice Ranjana Prasad Desai sat together. We are not sure whether there is a judgment by that bench.

Anyhow, the bench, which sat on September 5, delivered a ‘reportable’ judgment on the same day, in an ‘unfortunate case’ where a school teacher was accused of assaulting a second standard student, with wooden stick for not wearing uniform shoes. The assault had resulted in injury to the left eye of the student. In spite of two surgeries, the left eye suffered loss of vision.

The trial court had acquitted the accused, and the high court had reversed it and convicted him under Section 326 IPC and sentenced him to undergo imprisonment for a period of two years.

Before the apex court, Senior Counsel Basava Prabhu S.Patil, who appeared for the accused, contended that the trial court was right in finding that the child witness was tutored.

But the bench rejected such a contention, by observing thus: “The evidence of PW-2 injured-child witness in his cross-examination stated that the admitted suggestions put to him by the defence counsel that he was tutored, in our considered view, the same cannot be the reason for discarding the evidence of PW-2. When PW-2 was examined in the Court sometime after the occurrence, being a child witness (PW-2) who is not conversant with the court’s proceedings, has to be necessarily apprised about the court’s proceedings and that he has to speak about the occurrence. It cannot be said that he was tutored about the occurrence itself to depose against the appellant.”

The bench then modified the conviction under Section 325 IPC and reduced the sentence of imprisonment to one year. Additionally, fine of Rs 50,000 was also imposed, which was ordered to be paid as compensation to the injured student.