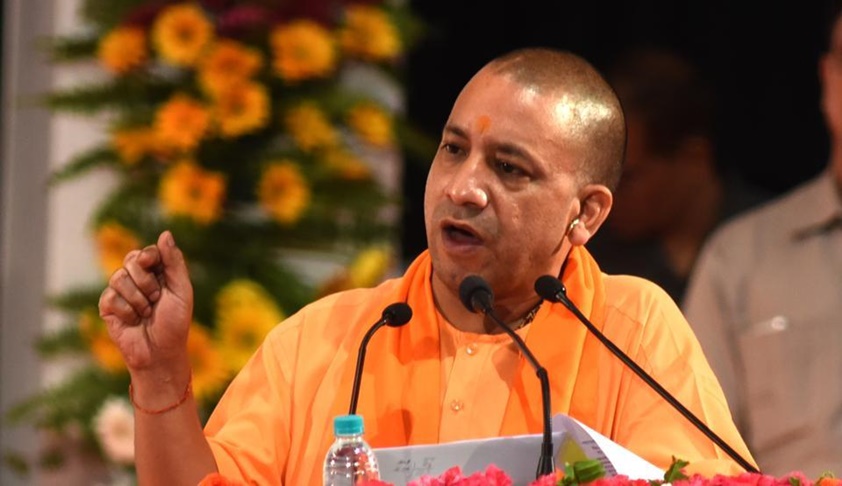 The Allahabad High Court, on Thursday, upheld the State's refusal of sanction for prosecution of Uttar Pradesh Chief Minister Yogi Adityanath in relation to the 2007 Gorakhpur riots.A Bench comprising Justice Krishna Murari and Justice Akhilesh Chandra Sharma, consequently, refused the plea for an independent investigation into the alleged role played by him as well.Factual matrixThe Court...

The Allahabad High Court, on Thursday, upheld the State's refusal of sanction for prosecution of Uttar Pradesh Chief Minister Yogi Adityanath in relation to the 2007 Gorakhpur riots.

A Bench comprising Justice Krishna Murari and Justice Akhilesh Chandra Sharma, consequently, refused the plea for an independent investigation into the alleged role played by him as well.

The Court of the Chief Judicial Magistrate, Gorakhpur had been approached by a social activist, Mr Parvez Parwaz, in November 2007, alleging that Yogi Adityanath was delivering hate speeches during the 2007 Gorakhpur Hindu-Muslim riots. This application was, however, rejected in 2008, with the CJM noting that a similar FIR had already been registered and was being looked into.

This order was challenged by Mr Parwaz before the High Court, which allowed the revision petition and set aside the impugned order, directing the CJM to pass fresh orders on the application. The CJM then allowed the application and directed that a case be filed under several provisions of the Indian Penal Code (IPC), including those related to murder, attempt to murder, criminal conspiracy, unlawful assembly, and rioting.

Thereafter, in November 2008, the State Government directed the state police’s Crime Branch of the Criminal Investigation Department (CBCID) to probe into the allegations. In the meantime, however, one of the accused, Anju Chowdhary approached the Apex Court challenging the Allahabad High Court's order. While the SC did stay further proceedings in pursuance of the FIR, the appeal was finally dismissed in 2012.

Mr. Parwaz had also, simultaneously, approached the Allahabad High Court, demanding that an investigation be carried out by an independent agency such as the CBI. This was, however, dismissed in 2009. Subsequently, a restoration application filed in 2010 was dismissed in 2015. The Petitioner then filed a recall application, which was finally heard and allowed in May last year.

The Court, however, at the outset, rejected the impleadment application, observing, "Applying the above principles enunciated by judicial pronouncements, it is more than clear that grant of sanction to prosecute being purely an administrative function, the proposed accused have no right to be heard in the matter and thus, their impleadment sought for by the petitioners is unwarranted and they are not liable to be impleaded. Accordingly, impleadment application is liable to be rejected."

The Court then framed the following three issues for its consideration:

Issue 1 and 2: Transfer of Investigation

As regards the first issue, the Court emphasized on the necessity of conducting a fair and impartial investigation and relied on several judicial precedents to hold that the High Court is well within its rights to transfer the investigation of a matter to an independent agency. It observed,

"... whenever it is established that investigation has not been fair, proper and impartial there is power vested with the High Court to transfer the investigation to be conducted by any other investigating agency and the same can be invoked by the informant/victim or an aggrieved person."

It, however, went on to caution against frequent use of this power, observing,

"it is clear that a decision to direct an investigation by any other investigating agency can only be done if there is sufficient material on record to come to the conclusion that such material discloses a prima facie case for transferring the investigation from the agency to which it has been entrusted by the State to any other agency. It is well settled that same cannot be done casually as a matter of routine or merely because some allegations have been made."

The Court then opined that there was no material on record to indicate that the investigation was not being proceeded with fairly, independently and impartially, calling for transferring the same to any other agency. It ruled,

"A bare perusal of the paragraphs quoted hereinabove go to show that bald allegations have been made by the petitioners without being supported by any material and further most of the allegations are containing facts prior to the lodging of the first information report. It is also to be taken note of that during the pendency of the writ petition certain supplementary affidavits and amendment application were also filed by the petitioners. Even then no additional fact or material has been brought on record which may even remotely be said to lay down factual foundation for seeking the relief of transfer of investigation.

From the above facts, it is clear that pleadings of the petitioners do not contain any material on a consideration whereof a conclusion could be arrived that investigation is not proceeding in a fair and impartial manner calling for the transfer of investigation to some other investigating agency."

The Court also refused to accept the Petitioners' allegations that the DVD of Yogi Adityanath making the purported hate speech, which was sent for analysis was not the one submitted by him. Taking into account the opinions of the experts in the field, it observed,

"it is very much clear that date and time recorded is not always accurate and can also be subjected to tampering. The tampering, if any done, can be detected and verified only through the test of the authenticity of the source i.e. electronic gadget whose output is in the form of CD or VCD or print out etc. Admittedly, the source from which the compact disk in question was prepared was not made available for examination by the Forensic Lab and thus, tampering or editing, if any, in the date and time recorded in the disk was not verifiable. Further since the CD itself was found to be edited and tampered, the tampering/editing in the date stamp on the CD cannot be ruled out conclusively."

Issue 3: Refusal of sanction for prosecution

The Court then examined the objections raised against the refusal to grant sanction for prosecution, examining the procedure followed by the State. It then noted that at no point was the record sent to the Chief Minister, observing,

"The order impugned in this petition passed by the Principal Secretary communicated by the Special Secretary is strictly in conformity with the Rules of Business, 1975 and U.P. (Allocation) Rules, 1975. From a perusal of the original record, it is evident that at no point of time after completion of the investigation, the record was ever sent to the office of the Chief Minister of the State.

The matter remained with the Home Department Anubhag-14 and the impugned order was passed by the Principal Secretary Home after obtaining the opinion of the Law Department. We have not been able to find anything in the record to show that the Chief Minister of the State was involved at any stage of the proceedings right from the date of receipt of the D.F.R. by the Home Department Anubhag-14 of the State Government till the passing of the order."

It thereafter proceeded to examine the various precedents on the issue and observed,

... we do not find any procedural error either in the conduct of the investigation or in the decision making the process of refusal to grant sanction or any other illegality in the order which may require any interference by this Court while exercising its extra-ordinary power under Article 226 of the Constitution of India."

The Court, therefore, dismissed the Petition.