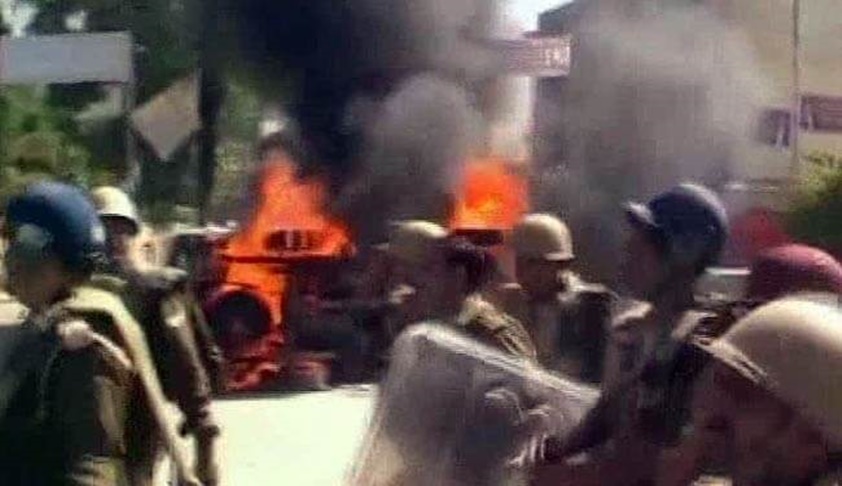 Sending shockwaves across the city, a district court lawyer from Allahabad was shot dead in the city in broad daylight on Thursday morning.

According to a Hindustan Times report, the lawyer, Mr. Rajesh Srivastava was shot near the busy Manmohan Park crossing in the heart of the city under Colonelganj police station area, a little after he left his house located in Rambagh.

He was immediately rushed to the SRN Hospital but was declared dead on arrival. Allahabad SSP, Mr. Akash Kulhary told reporters that a manhunt has been launched for the culprits. SHO Colonelganj Satyendra Singh was quoted as saying,

"A case under sections 302 and 506 of IPC has been lodged at the Colonelganj police station against two unidentified assailants and two others, including Pradeep Jaiswal, owner of a hotel, and Kamal, a Nagar Nigam employee, in this connection...

...We have detained two persons for questioning and police teams have been dispatched to various places in search of the assailants. We are also scanning the video footage of the entire episode captured in a CCTV installed outside an automobile showroom near the place of the murder."

Meanwhile, as the news spread, a huge crowd of local residents including scores of lawyers gathered at the spot, demanding immediate arrest of the culprits. They blocked MG Marg near the MLN Medical College crossing in protest against the incident, with the body of the lawyer. As per a TOI report, the crowd later blocked the road close to the office of the district police chief and set a bus on fire.

Uttar Pradesh Chief Minister Yogi Adityanath then announced a solatium of Rs. 20 lakh to the lawyer's family and directed Chief Secretary Rajive Kumar and Director General of Police O.P. Singh to conduct an investigation and submit a report within 24 hours.