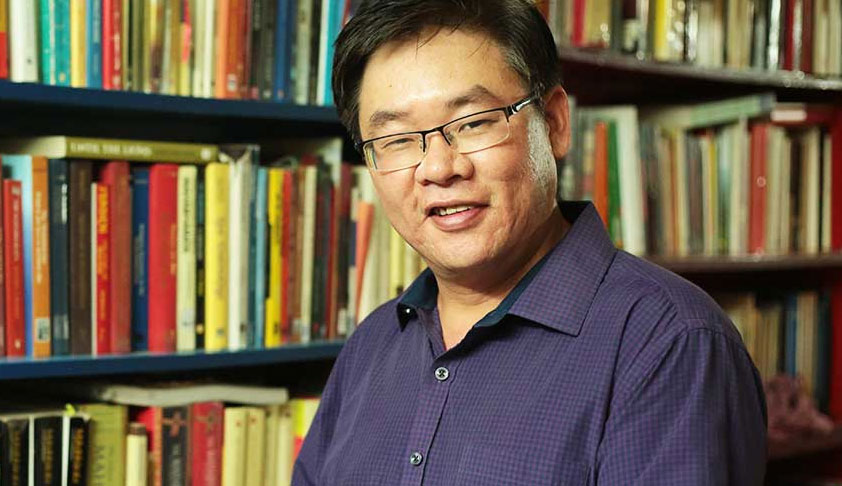 Mr. Lawrence Liang, Dean of Ambedkar University's School of Law, Governance and Citizenship has reportedly been found guilty of sexual harassment by an internal committee set up by the University.

According to a report published by Asia Times, the renowned human rights activist, academic and lawyer has been found guilty of sexually harassing a woman who was pursuing a doctorate at another University in Delhi.

The allegations surfaced after his name emerged as one of the dozens of Indian academics who featured in a crowd-sourced list of alleged harassers in the academia, in the aftermath of the #MeToo movement.

The complainant had alleged that she was harassed on multiple occasions by Liang between 2015 and 2016. As per the committee's report, the first such incident occurred on April 8 or 9 in 2015, when the complainant met Liang, who was attending a conference in Delhi.

It was alleged that Liang then forcibly kissed the complainant, despite being asked to stop multiple times. She further alleged that he kissed and groped her on another occasion and sent her flirtatious texts later.

Thereafter, in February, 2016, he reportedly kissed her again in a way that was unwelcome, when he was in Delhi to deliver a lecture at the Jawaharlal Nehru University (JNU). Reportedly, Liang hasn't denied having kissed her, and instead claims that “there was a physical ease between them” but he stopped when he was asked to. He, in fact, claimed that he shared a “very friendly relationship” with the complainant during that time, and described their few interactions as “borderline romance” that involved “mutual attraction”.

The committee also investigated two other cases against Liang involving interns who had worked with him when he was with the Alternative Law Forum in Bengaluru. Defending himself against such claims, Liang reportedly asserted that there existed ambiguity regarding the definition of sexual harassment.

He has now been asked to step down from his position as the Dean. The committee has, in fact, suggested that Liang should be barred from holding any administrative position for the next two years. It has further directed that he be warned of serious consequences, such as suspension, if any other sexual harassment complaints are made against him. Besides, he has been asked to submit an undertaking to the effect that he would conduct himself appropriately from now on.

An alumnus of the National Law School of India University and the Warwick University, Liang co-founded the Alternative Law Forum, Bengaluru, and has played a major role in incorporating Open Source ideas into the cultural domain. He has authored two books – Sex, Laws and Videotape: The Public is Watching and Guide to Open Content Licenses, both published by the influential Piet Zwart Institute in The Netherlands. Besides, he was also conferred with the Infosys Prize, 2017 in the field of Social Sciences.