Alwar Lynching Case Mentioned Before SC In Contempt Petition; Matter To Be Considered on August 20. 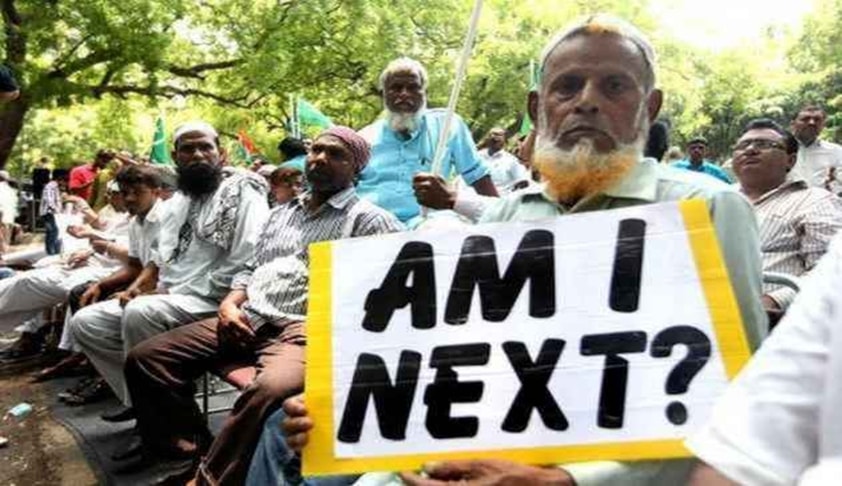 Less than a week after the apex court in so many words that “the horrendous acts of mobocracy cannot be allowed to become a new norm in the Country”, it has already been approached in an instance of contempt by the state of Rajasthan.

In an unfortunate event that transpired two days back, a Muslim man, Rakbar Khan, was attacked by a group of vigilantes in Rajasthan’s Alwar on the allegation of having purchased two cows for slaughter. He, subsequently, succumbed to his injuries.

“The contempt will be taken up with the main matter”, said the Chief Justice.

Accordingly, the contempt plea is now scheduled for hearing on August 20. The order passed by the Court on July 17 had issued several guidelines to Central and State Governments to curb cow vigilantism and mob lynching and has posted the matter on August 20 to report compliance.

Rendering the verdict on a string of writ petitions filed in the light of the rising incidents of cow vigilantism, The Supreme Court had on July 17 recommended that the Parliament create a special law against the chilling run of lynch mobs, asserting that “fear of law and veneration for the command of law constitute the foundation of a civilised society”.

At the outset, the Court had asserted that it is the State’s duty to prevent any sort of mob vigilantism, observing, “The States have the onerous duty to see that no individual or any core group take law into their own hands...”

The Court had come down sternly on the growing trend of mob violence and asserted that such extrajudicial attempts under the guise of protection of the law have to be nipped in the bud, “lest it would lead to rise of anarchy and lawlessness which would plague and corrode the nation like an epidemic”.

The Court had also referred to rulings by the American Courts which have dealt with lynching, which at one point of time, was rampant in the American society. The Court noted that the American judiciary had deplored this menace and had dealt it with iron hands to eradicate the same.

The Bench has highlighted the importance of plurality and tolerance as the building blocks of a truly free and democratic society and the need for preserving the same.

The Court had then issued several preventive and remedial measure directives and listed the matter on August 20 for further directions.