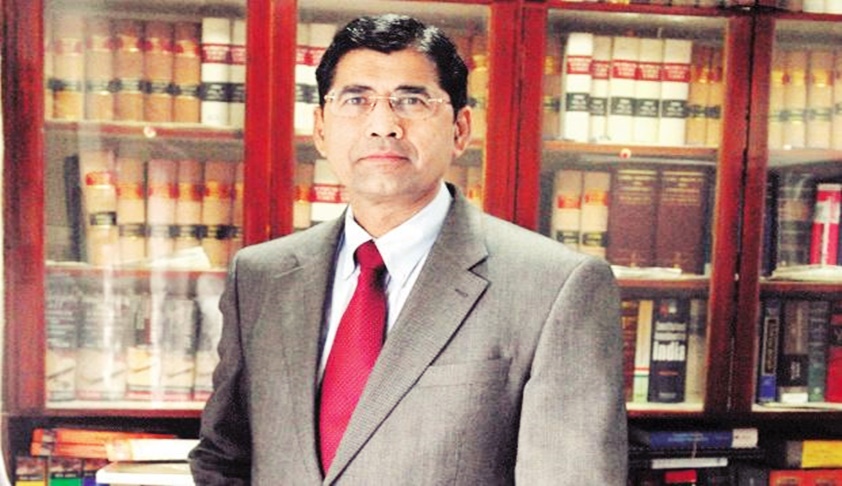 Senior Advocate Arvind Datar, on Friday, submitted a Concept Note to the Supreme Court, elucidating on the need for a Central Selection Mechanism for the subordinate judiciary, and proposing a structure for the same.The Note has been issued on a suo motu PIL initiated by the Court, taking cognizance of a letter written by Secretary of the Law Ministry’s Department of Justice,...

Senior Advocate Arvind Datar, on Friday, submitted a Concept Note to the Supreme Court, elucidating on the need for a Central Selection Mechanism for the subordinate judiciary, and proposing a structure for the same.

The Note has been issued on a suo motu PIL initiated by the Court, taking cognizance of a letter written by Secretary of the Law Ministry’s Department of Justice, Ms. Snehlata Shrivastava to Mr. Ravindra Maithani, Secretary General of the Supreme Court. A three-Judge Bench had then sought a response from the States on the issue, and had appointed Mr. Arvind Datar as the amicus curiae.

The perks of an All India Examination

The Concept Note draws a parallel with the Central Civil services, submitting that it attracts highly capable individuals every year, and that an important reason for this could be the selection process itself.

The primary reason for setting up a Central Selection Mechanism (CSM) would, therefore, be to provide a regular pool of meritorious candidates to recruitment and selection bodies for State Judicial Services across India.

“It is indeed distressing that several vacancies for district judges are not filled due to the lack of qualified and meritorious advocates. This is perhaps due to the absence of a regular/periodic examination system. In most States, the examinations are held in an ad-hoc fashion. There is no syllabus to enable candidates to prepare in advance. The uncertainty and irregularity is what the District Judges Recruitment Examination (DJURE) aims to eradicate. Under the CSM, such candidates would be able to write a single common examination, namely the DJURE, and be considered for selection in all the States for which they fulfill the eligibility criteria,” the Note further explains.

It emphasized on the fact that DJURE would not, in any way, impinge upon the powers of each High Court under Article 233 of the Constitution. It would not compromise the autonomy of the States in regulating the terms of recruitment or the conditions of service. Besides, there would be no change in the existing eligibility criteria and the reservations.

The Note further explains that the DJURE would neither recruit, nor appoint the Judges. It will merely present a pool of candidates from whom Judges can be recruited, after an interview with the selection authority.

Since the candidates selected through DJURE will have high chances of being elevated to the respective State High Courts, the Law I, II and III papers have been recommended to be in English, as it is the official language for High Courts in most States. The Law IV paper will be in the local language. Besides, the examinations will be conducted in at least one city in every State.

Proposed authorities for conducting the DJURE

A Central Selection Committee has been proposed to be constituted, for defining the policies for operation of the mechanism. The Committee will comprise of five members, including a Chairperson. All the members will be nominated by the Chief Justice of India, and may include sitting or retired judges.

In Addition, it has been suggested that a Secretariat be established, for conducting the DJURE written exams, and constituting Interview Boards for conducting interviews for different State Judicial services. The Interview Boards would consist of psychologists and other experts, “to ensure that interviews examine legal aptitude, as well as other characteristics for a potential candidate, including their integrity, work ethic, etc.”

The CSM is proposed to be funded by the Central Government, with adequate provisioning in the annual budget to be made in this regard. A tentative timeline for conducting the exam has also been provided in the concept note.