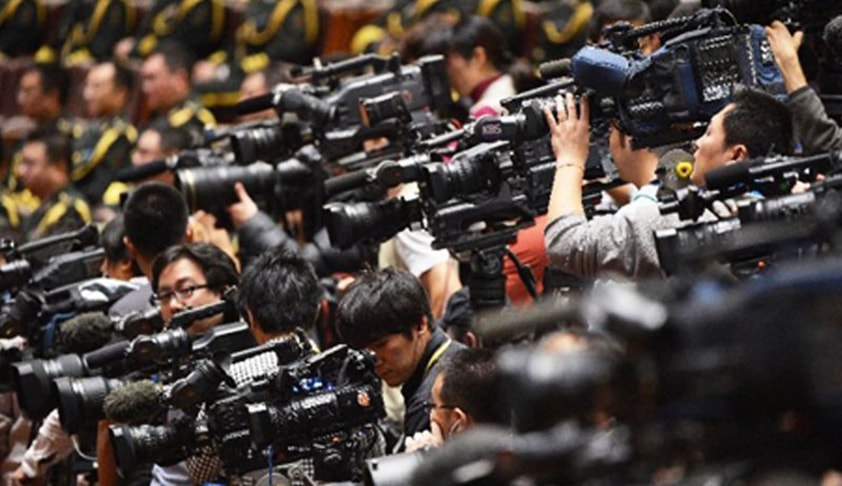 Amidst widespread criticism from various quarters, Prime Minister Narendra Modi on Tuesday ordered the withdrawal of the release of the Ministry of Information and Broadcasting which said journalists can lose their accreditation charge of propagating fake news.The release issued on Monday evening was ordered to be canceled by Prime Minister Modi, who reportedly said that the matter should...

Amidst widespread criticism from various quarters, Prime Minister Narendra Modi on Tuesday ordered the withdrawal of the release of the Ministry of Information and Broadcasting which said journalists can lose their accreditation charge of propagating fake news.

The release issued on Monday evening was ordered to be canceled by Prime Minister Modi, who reportedly said that the matter should be addressed only in the Press Council of India.

It is to be noted that the I&B Ministry headed by Smriti Irani had issued the release amending the guidelines for accreditation of journalists to regulate fake news and expressly stated that any request for accreditation will be granted only if journalistic ethics have been adhered to.

The release said any complaint of fake news will be referred to the Press Council of India (PCI) if it pertains to print media and to the News Broadcasters Association (NBA) if it relates to electronic media, for determination of its veracity in 15 days and till such time, the journalist who propagated the news in question would have his accreditation suspended.

“While any confirmation of publication or telecast of fake news having been confirmed by any of these agencies, the accreditation shall be suspended for a period of 6 months in the first violation and for one year in the case of 2nd violation and in the event of 3rd violation it would be cancelled permanently,” it had added.

Following this, many took to social media to express anguish over the move or criticising it.

Congress leader Ahmed Patel tweeted, “I appreciate the attempt to control fake news but few questions for my understanding: 1.What is guarantee that these rules will not be misused to harass honest reporters? 2. Who is going to decide what constitutes fake news? 3. Is it not possible that motivated complaints will be filed to suspend accreditation until enquiry is on? 4. What is guaranteed that these guidelines will check fake news or is it an attempt to prevent genuine reporters from reporting news uncomfortable to the establishment?”

To this, Smriti Irani replied last night, “Glad to see you awake @ahmedpatel ji whether a News article/broadcast is fake or not will be determined by PCI & NBA; both of whom I’m sure you know are not controlled/ operated by GOI”.

However, in the next few hours, twitter was abuzz with severe criticism of the amended guidelines.

Senior journalist Shekhar Gupta tweeted, “Make no mistake: this is a breathtaking assault on mainstream media. It’s a moment like Rajiv Gandhi’s anti-defamation bill. All media shd bury their differences and resist this”.

Stand-up comedian Kunal Kamra, famous for his acts on patriotism and government, tweeted, “BJP telling you to be aware of fake news is like a snake giving a TEDx on how poisonous venom can be...”

It is to be noted that Smriti Irani had tweeted “PIB Accreditation Guidelines asking Press Council of India & News Broadcasters Association to define & act against ‘fake news’ have generated debate. Several journalists & organisations have reached out giving positive suggestions regarding the same. 1/2”

“@MIB_India is more than happy to engage with journalist body or organisation/s wanting to give suggestions so that together we can fight the menace of ‘fake news’ & uphold ethical journalism. Interested journalists and/or organisations may feel free to meet me at @MIB_India. 2/2”