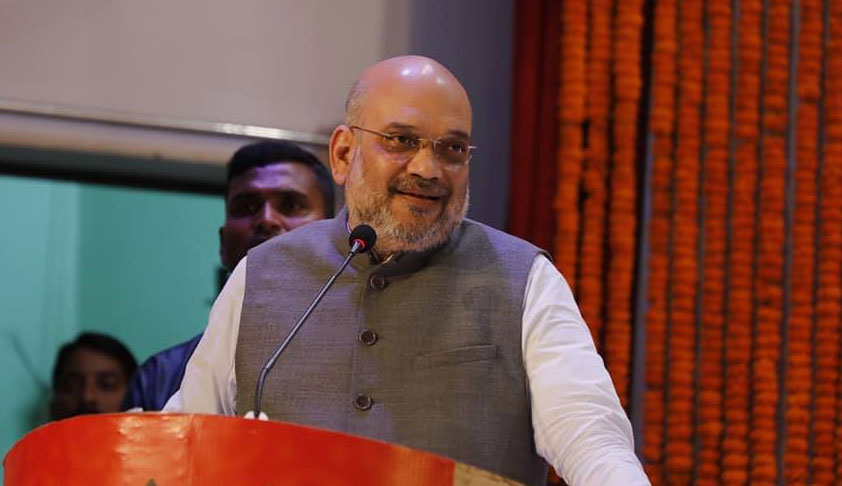 Amitabh Thakur, former Chief Investigating Officer in the alleged fake encounter case of Sohrabuddin Shaikh, Tulsiram Prajapati and the death of Kausar Bi has told the Special CBI Court on Monday that BJP national president Amit Shah and four others benefitted politically as well as financially from the fake encounter case.Amit Shah allegedly benefitted financially as he was paid Rs 70 lakh...

Amitabh Thakur, former Chief Investigating Officer in the alleged fake encounter case of Sohrabuddin Shaikh, Tulsiram Prajapati and the death of Kausar Bi has told the Special CBI Court on Monday that BJP national president Amit Shah and four others benefitted politically as well as financially from the fake encounter case.

Amit Shah allegedly benefitted financially as he was paid Rs 70 lakh in three installments by the Patel brothers, who were allegedly threatened for their lives in an attempt to extort money by Sohrabuddin Shaikh and Tulsiram Prajapati. DG Vanzara also benefitted monetarily as he was allegedly paid Rs 60 lakh to carry out the encounter.

When Thakur was asked if there were any preliminary inquiries initiated against him for misconduct, bribery, threat and fabrication of evidence, he denied all the charges. He also denied being asked by then CBI Director Ashwini Kumar to implicate all the accused in the case.

Thakur had led the team that interrogated Amit Shah when he was in judicial custody.

The following facts were stated by complainant and Sohrabuddin Sheikh’s brother Rubabuddin Shaikh before Special CBI Judge SJ Sharma presiding over the trial for the alleged fake encounter case of Sohrabuddin Shaikh, his wife Kausar Bi and his close aide Tulsiram Prajapati.

On November 16, 2005, Kausar Bi went to Indore from her matrimonial village home in Jhirniya, Madhya Pradesh, along with her husband Sohrabuddin Shaikh and his brother Najamuddin. From Indore, they went to Hyderabad to visit their cousin Kalamuddin for Eid and Sohrabuddin’s close aide Tulsiram Prajapati was also with them.

On November 25, the phone was not reachable and then on November 26, Rubabuddin went to Naroda junction and his brother Shahnawazuddin called him and said: “I have heard in the news that Sohrabuddin was killed in a fake encounter, so go to Ahmedabad to take the body”.

Rubabuddin recounted he saw in the news that Lashkar-e-Toiba’s member Shorabji Seth has been killed. A visibly disturbed Rubabuddin said in Hindi-

(His body was brought in an ambulance by the ATS and I asked one of the officers why was he killed and what had he done? Where is my sister-in-law Kausar Bi?)

He told the court that the CBI had wiped off the fact that Kausar BI was pregnant at the time of her death and Gujarat CID also ignored the same.

Rubabuddin also revealed that Tulsiram Prajapati had called him from Udaipur Jail and told him that the police had killed Sohrabuddin in front of him and that he was an eye witness. When Rubabuddin asked Prajapati as to why he was not killed, Prajapati had said because he was a Hindu.

What Happened to Kausar Bi?

Rubabuddin began feeling restless and anxious after narrating the above and told the judge that he feels some heaviness in his chest every time he talks about the incident. His lawyer Gautam Tiwari told the court that the 46-year-old Rubabuddin was a patient of diabetes.

“Najamuddin told me that Sohrabuddin, Kausar Bi were travelling in a bus back to Ahmedabad when a couple of cars came up ahead of the bus and stopped the bus. Then officers of the Gujarat ATS and Rajasthan STF took Sohrabuddin with them and shot him.”

Rubabuddin broke down in tears after saying this. He kept saying – “Humein toh yeh bhi nai pata humari Bhabhi kahan hain, unki body bhi nai mili.” He tried to compose himself and further narrated that he had seen Sohrabuddin’s body closely and there were eight bullet marks which appeared to be shot closely. Rubabuddin alleged that Kausar Bi was raped and killed.

Interestingly, Ravindra Makwana, an ATS officer who was posted at the ATS headquarters as Police Station Officer (PSO) at the time of Sohrabuddin’s alleged fake encounter, testified about Kausar Bi’s rape and murder. He stated before the CBI in August 2010 that one Balkrishan Chaubey, a sub-inspector with the Gujarat ATS then, tasked with guarding Kausar Bi had raped her and then killed her at a farm house near Ahmedabad.

Rubabuddin had written a letter to the Chief Justice of India a few days after his brother’s alleged fake encounter. In the letter, he expressed his concern with Kausar Bi’s sudden disappearance and his brother’s death. As a result, the Supreme Court ordered an investigation led by Geeta Johri, Inspector General of Police then with Gujarat police.

Rubabuddin added that it seemed as though the prosecution was working for the accused in the case. He filed an application before the Special CBI Court seeking issue of summons to Rajnish Rai, the IPS officer who took over the Sohrabuddin case briefly from Geeta Johri, but was later removed and Johri took over the investigation again. Chargesheet against the accused was filed under Rai. Sohrabuddin's other brother and Patel brothers Raman and Dashrath have also been sought to be summoned in the application.

In a damning 24-page report filed in 2006 by her, Geeta Johri clearly stated there was collusion and highlighted the role of home minister Amit Shah. The report stated: “The collusion of [the] State government in the form of Shri Amit Shah, MOS for Home makes a complete mockery of the rule of law and is perhaps an example of the involvement of the State government in a major crime."

As reported by The Hindu, Johri’s report stated that she and her subordinate VL Solanki did not face any hurdles in their enquiry up to a point. "However, as soon as the statements of witnesses pertaining to confinement of Sohrabuddin and Kausar bi in the Farm House of Shri Girish Patel at Ahmedabad came to be recorded, it came to the knowledge of Shri Vanzara and Shri Rajkumar Pandian [two of the accused officers]. It is further learnt that these officers brought the above facts to the notice of Respondent No. 2, Shri Amit Shah, Minister of State for Home, Government of Gujarat.”

Resultantly, Johri was directed to suspend the enquiry and the enquiry papers were taken away from her "under the guise of scrutiny."

The report also said that Shah called a meeting of senior police officials, including the DGP, at Circuit House, Gandhinagar on January 30, 2006. "In that meeting he attempted to influence the Investigating Agency into believing that Smt. Kausar bi was not a lawfully married wife of Sohrabuddin and that she might have run away somewhere. It is reliably learnt that the Minister in [the] course of [the] conversation with the senior officers had admitted in a cavalier manner that Smt. Kausar bi had been killed as well," it read.