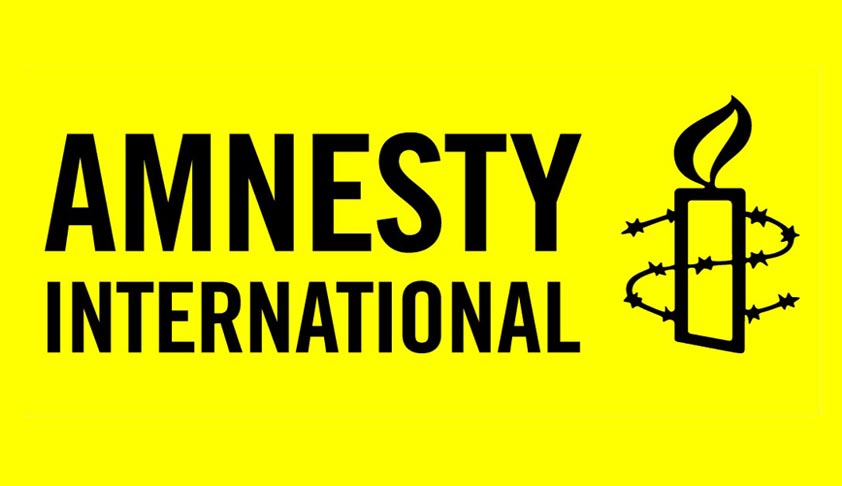 Amnesty International India has come forward to submit its suggestions based on the Consultation Paper on Media Law released by the Law Commission of India. The submission analyses existing Indian laws relating to defamation, scandalizing the court, and restrictions on online speech in light of India’s obligations under international human rights law, and provides recommendations on how...

Amnesty International India has come forward to submit its suggestions based on the Consultation Paper on Media Law released by the Law Commission of India. The submission analyses existing Indian laws relating to defamation, scandalizing the court, and restrictions on online speech in light of India’s obligations under international human rights law, and provides recommendations on how to bring these laws in line with international law and standards on freedom of expression.

It recommends the decriminalization of defamation by repeal of Section 499 and 500 of the Indian Penal Code. It advocates against imprisonment, if the criminal elements are retained and requires truth as a defence in all situations. It also recommends for the burden of proof to be on the state.

If proven, criminal defamation is punishable with imprisonment for up to two years and/or fine. The remedies, according to Amnesty, should include correction and apologies, with proportionate damages.

Instances of misuse of criminal defamation are cited in the report, stating that in such situations, “the process is the punishment”. It is of the view that merely filing a criminal defamation charge is used as an intimidatory tactic against the media.

While the International Covenant on Civil and Political Rights provides for restrictions on the right to freedom of expression, including those seeking to respect the rights and reputations of others, according to the paper, such restrictions are nevertheless an interference with freedom of expression and so must serve a legitimate aim, be proportionate to that aim and be the least restrictive available option. They should be drafted in a narrow manner, provide legal clarity, and be construed strictly to ensure that they do not directly violate or have a chilling effect on freedom of expression.

A suggestion to decriminalize defamation has also come from the UN Human Rights Committee (UNHRC), that has found that keeping defamation cases open for long periods of time and not proceeding to trial expeditiously can have a chilling effect on freedom of expression. The UN Special Rapporteur, the OSCE (Organization for Security and Co-operation in Europe) Representative on Freedom of the Media and the OAS (Organization of American States) Special Rapporteur on Freedom of Expression have also jointly called for the repeal of criminal defamation laws.

As for civil defamation, the report quoted The Special Rapporteur which stated in 2004: “Any fines that are levied should not prevent the continuation of press activities and investigations and should be appropriate to the financial resources of journalists…defamation cases could equally be solved without recourse to the judiciary, but through the good offices of a mediator.” It recommends codification of civil defamations laws, adding that any damages awarded should be proportionate and designed only to restore the reputation harmed, not to punish defendants.

Amnesty International India recommends the repeal of Section 2(c) (i) of the Contempt of Courts Act. As an alternative, if the criminal offence is to be retained, it suggests an amendment to narrow the application of the law. It demands the consideration of the defence of truth in all circumstances.

Articles 120 and 215 of the Constitution give the Supreme Court and High Courts of India the power to punish for contempt of court. If proven, contempt of court is punishable with imprisonment for up to six months, and/or a fine of up to two thousand rupees. An apology “made to the satisfaction of the court” can lead to discharge of the accused or remittance of the punishment. Courts have generally followed the practice of accepting apologies, although fines or imprisonment have been imposed in some cases.

The paper discusses in detail various facets of the offence. Section 13 (b), Contempt of Courts Act, 1971 has been amended to include truth as a defence, with the object of the amendment being to introduce fairness in procedure and meet due process requirements.

As for the consequences of the actions, there is no requirement in Indian law to prove that the statement has led to actual interference with the administration of justice or undermining of public confidence. However, it is still unclear whether a person publishing a statement must intend for it to (or know that it is likely to) scandalize the court, or lower its authority, or interfere with the course of justice, for the statement to amount to contempt.

Indian contempt law has been compared to other countries as well. The report cites instances from UK, US and Canada.

It hence contended that the use of the Contempt of Courts Act to punish acts deemed to amount to 'scandalizing the court’ is inconsistent with the right to freedom of expression.

It also recommends repeal or substantial revision of section 66A of the Information Technology Act, stating that the Internet should be a force for political freedom, not repression. Any restrictions on online expression must be formulated precisely, and be necessary and proportionate to specified goals.

Section 66A is ‘cognizable’ under Indian law, which means that police officials can arrest suspects without warrants. It has become apparent through a series of arrests under section 66A that the law can be used to violate legitimate exercise of the right to freedom of speech, and lead to arbitrary arrests. The report cites various instances of violation of this provision, with authorities using the law to silence criticism. Even though the central government in January 2013 issued a notice to state governments which stipulated that any arrest in relation to a complaint under section 66A would require the prior approval of a senior, the report notes that the implementation of these directions is unclear.

The report reiterated International standards set by ICCPR, UNHRC and UN Special Rapporteur on Freedom of Expression. The Special Rapporteur has noted that advocacy of hatred becomes an offence “only when the speaker seeks to provoke reactions (perlocutionary acts) on the part of the audience, and there is a very close link between the expression and the resulting risk of discrimination, hostility or violence.”

It finally emphasized that Section 66A conflates other forms of protected expression with advocacy of hatred. The issues contemplated by Section 66A (e.g. on information that causes annoyance, inconvenience) fall far short of international standards on what constitutes advocacy of hatred. Arrest or detention under a law which is vague or over-broad, or incompatible with the right to freedom of expression, would be arbitrary under international standards.

Law Commission Consultation Paper on Media Law broadly deals with the theme of Freedom of Press, which even though isn’t expressly a Fundamental Right under the Constitution of India, has been judicially recognized within the ambit of Article 19(1)(a) which declared Freedom of Speech and Expression as a Fundamental Right. This Freedom, as the paper states it, serves the larger purpose of the right of the people to be informed of a broad spectrum of facts, views and opinions. It is the medium through which people gain access to new information and ideas, an essential component of a functioning democracy.

The Report talks about a lot of issues which restricted or promoted the Freedom of Press, such as paid news, cross media holdings, opinion polls, sting operations, trial by media, rights of accused and modes and methods of regulation; and invited suggestions for the same.