Former Union Minister and BJP leader Swami Chinmayanand, who was accused of sexually abusing a Shahjahanpur law student of his own college, appeared before a special MP/MLA court in Lucknow on Wednesday.

Chinmayanand, who has been booked under Section 376-C of IPC on allegations of taking advantage of his official position by inducing a woman to have sex with him, was released on bail by the Allahabad High Court on February 3.

The high court had also transferred the trial of both cases - sexual abuse case and extortion case - from Shajahanpur to Lucknow, considering that Chinmayanand is an "affluent giant robust personality of Shajahanpur".

The sexual abuse case was listed yesterday before the court of Additional District & Sessions Judge, PK Rai, who has listed the matter for framing of charges on March 4. 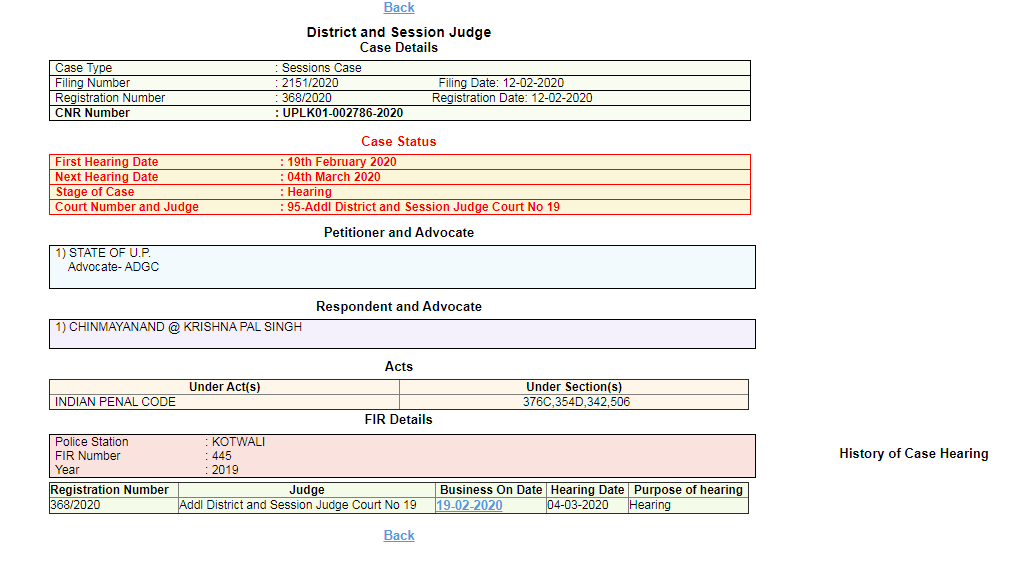 Notably, the Supreme Court today agreed to hear the law student's plea against release of Chinmayanand on bail. Citing the apprehension of threat to the victim's life, the prosecution had mentioned the matter before the CJI SA Bobde, who agreed to urgent listing of the challenge.

With regards the extortion case , the court has issued non-bailable warrants against the law student, following her non-appearance. That case is now listed for April 7.

The law student was arrested in September last year in a counter-complaint filed by Chinmayanand alleging her of extortion and blackmailing. She was granted bail by the high court on December 4, 2019.

It had earlier revealed that the law student's call detail records indicated that she and her friends had exchanged over 4,300 calls this year, most of those being exchanged in August, 2019, proximate to the time when the alleged extortion call was made. 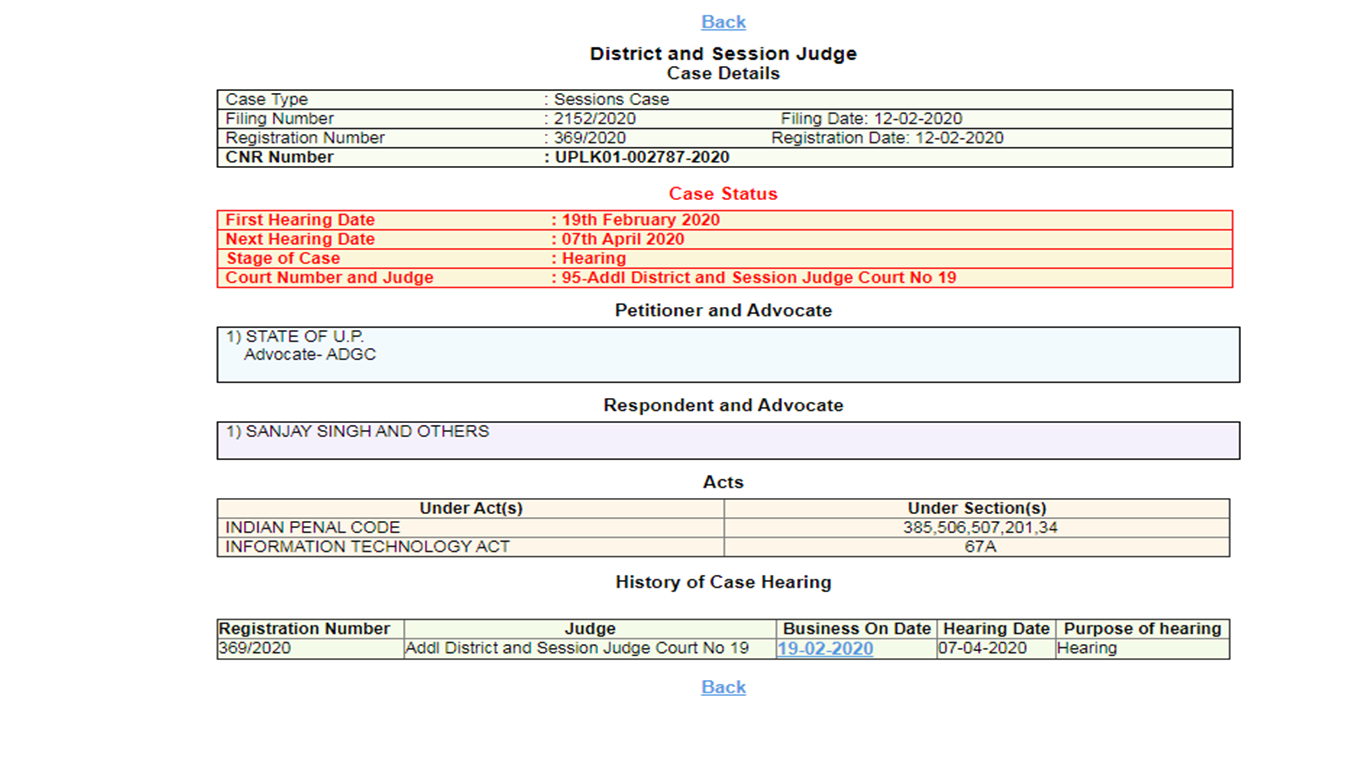