Student Gets Bail In Chinmayanand Case 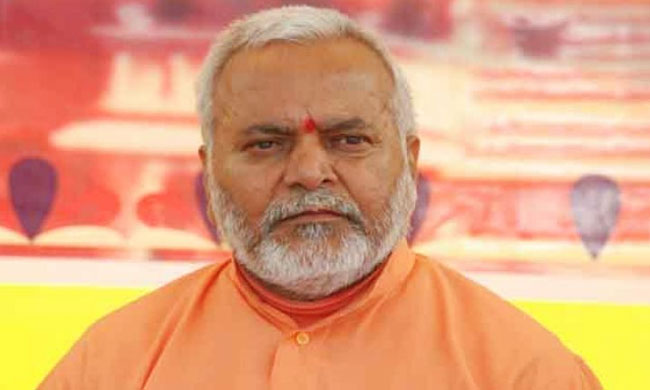 The Allahabad High Court on Wednesday allowed the bail application moved by the Shahjahanpur law student, who was arrested by the SIT in September this year, for extorting money from former Union Minister and BJP leader Swami Chinmayanand, whom she accused of rape.The SIT had booked her and her three friends on a complaint made by Chinmayanand that they had demanded Rs. 5 crore from him...

The Allahabad High Court on Wednesday allowed the bail application moved by the Shahjahanpur law student, who was arrested by the SIT in September this year, for extorting money from former Union Minister and BJP leader Swami Chinmayanand, whom she accused of rape.

It earlier revealed that the law student's call detail records indicated that she and her friends had exchanged over 4,300 calls this year, most of those being exchanged in August, proximate to the time when the alleged extortion call was made.

Her bail plea at the trial court was rejected by District and Sessions Judge, Sri Ram Babu Sharma, who observed that the call records and witness statements constituted a prima facie case against her.

During the hearing in the high court, the student's counsel argued that she was raped by Chinmayanand over a long period of time and that this serious offence should not be blurred in the mist of false extortion case filed by Chinmayanand. It was argued that the investigation in the matter had successfully concluded and charge-sheet had been submitted, thus there could not exist any presumption that the student if enlarged on bail, would be in a position to intimidate any witness or tamper with the evidence.

Chinmayanand's counsel opposed the bail application and said the student had used spy cameras for recording video clips and blackmailing him. It was alleged that she had attempted to extort Rs. 5 crore from him and threatened him with the release of objectionable videos.

He argued that the charge-sheet itself recorded that the student-applicant had made best efforts to conceal vital evidence in the shape of special eye glasses with camera that was used to prepare the objectionable recording. He clarified that even though that piece of evidence was not relevant in the instant case, the same would constitute vital defence evidence, in the other case, that had been registered against Chinmayanand under Section 376-C.

The counsel stressed that the applicant had herself prepared the recording and doctored and circulated that material, only to malign and completely destroy Chinmayanand and such offences should not be lightly allowed to be passed.

Disagreeing with the arguments advanced by the counsel for Chinmayanand, the high court enlarged her on bail. The order delivered by Justice Saumitra Dayal Singh read as under,

"it has to be borne in mind that the offences alleged are mostly bailable and punishable with imprisonment that may extend up to five years. Next, it has to be noted that a detailed charge-sheet has already been submitted by Special Investigation Team constituted under the orders of the Supreme Court in this case. Besides the investigation being complete, there does not appear to exist any requirement or justification to continue with the further detention of the applicant, pending the trial."

He further observed that given the position of parties, there was no reasonable apprehension that the student will tamper any evidence. Further, she had been languishing in jail since two months and continued detention may only result in her being mistreated at the directions of prosecution.

"To allow for such continued detention, in such circumstances, would be to allow for heavy arm twisting and practically to enable the prosecuting agency an opportunity to force the applicant to self-incriminate, even if, the submissions advanced by learned senior counsel for the informant are accepted on face value. Such course is clearly impermissible. There is absolutely no criminal history of the applicant. Looking at the inter se position and relationship between the parties, it does not appear to the Court that there is any likelihood or possibility of evidence being tampered or the applicant running away from law, once she is enlarged on bail."

Chinmayanand has been in the spotlight ever since the complainant leveled allegations of sexual harassment against him by posting a live video on Facebook, post which she went missing from her home in Shahjahanpur. Later she was found in Jaipur and claimed to have escaped there in order to save her life. Thereafter, an SIT, headed by Naveen Arora, Inspector General of Grievances, was constituted by the Supreme Court to investigate into the rape allegations.

The SIT arrested Chinmayanand on September 20 and he was remanded to 14 days judicial custody. Thereafter, he filed a bail application in the court of Chief Judicial Magistrate at Shahjahanpur, which came to be rejected with directions to approach the Sessions court. The Sessions Court also refused to grant him bail on September 30.

He has been booked under Section 376-C of IPC for taking advantage of his official position by inducing a woman to have sex with him. On November 16, the high court had reserved order on the bail application filed by Chinmayanand in the rape case.