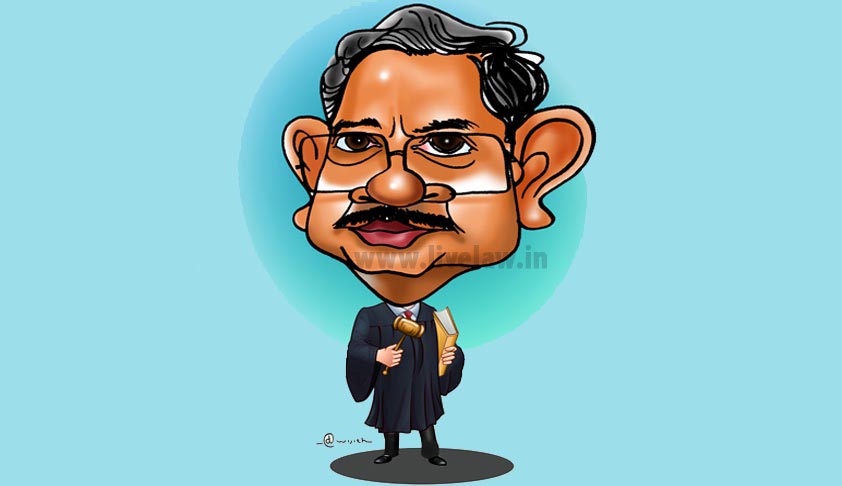 Chief Justice H.L Dattu has refused to participate in the National Judicial Appointment Commission (NJAC) which practically “stalled any immediate chances of constituting the new judicial appointments body” (Krishnadas Rajagopal,The Hindu, 28.4.2015).  Thus, even without   a judicial interdiction against NJAC, an impediment has been created by the Chief Justice by his personal decision...

Chief Justice H.L Dattu has refused to participate in the National Judicial Appointment Commission (NJAC) which practically “stalled any immediate chances of constituting the new judicial appointments body” (Krishnadas Rajagopal,The Hindu, 28.4.2015).  Thus, even without   a judicial interdiction against NJAC, an impediment has been created by the Chief Justice by his personal decision to stay away from the Commission.

The vacuum due to non-constitution of the NJAC also is a serious matter. Before the Supreme Court, the centre has promised Constitution of the Commission for the “limited purpose of considering the extension of tenure of existing additional judges of several High Courts” and for a ‘judge generated reason’ it did not happen. This again poses serious questions.

I may not be mistaken as supporting the system envisaged by the new NJAC.The new system carries all the drawbacks of the collegium and in no way it is better.  I have opposed it for multiple reasons which still hold well (See, Federalism in Judicial Appointments, The Hindu, 17.9.2014).  The point however, is whether the Chief Justice can defeat the legislative will by sending a letter that reflects his individual convictions.  The Constitution Bench of the Supreme Court, headed by Justice J.S.Khehar is in seizure of the NJAC case. Chief Justice Dattu is not part of the bench hearing the matter.  A recusal from a bench is clearly justified as a gesture of integrity to keep away from areas prone to conflict of interests.  For removing the slightest feeling of the ‘personal bias’ or  ‘subject matter  bias’ also,  it is proper  if the CJI does not hear the lis against NJAC that includes him  with a pivotal role.

But in the letter to Prime Minister Modi, the CJI said- “It is neither appropriate nor desirable to attend the meeting or be part of the NJAC till the Supreme Court decides its validity” (The Hindu, 28.4.2015). This reason is least convincing.   As of now the Supreme Court has not invalidated the NJAC.  Nor the proceedings are stayed.  Therefore, the NJAC law prevails as on today and the Chief Justice of the country is bound by it.  NJAC is more than a statutory creation.  It is part of the country’s Constitution, as evident from the newly incorporated Article 124A.  The Chief Justice of India cannot therefore refuse to obey the law of the land even by his absenteeism.    Personal choices cannot undo the law made by the Parliament, in any working democracy – And the Chief Justice is no exception.

In very many modern democracies, the Chief justices are constitutional functionaries as well.  Judiciary is part of the modern State and the judicial head cannot therefore simply abstain from the affairs of the State unless there are valid reasons backed by the Constitution or any other relevant law. The Chief Justice of the U.S is described as “the head of the judicial branch of the federal Government”.  Unlike the associate judges, he has to act as the Chief Administrative Officer for the federal Courts and also as the head of the Judicial Conferences of the U.S.  He has to work as the spokesman of the judicial branch.  He has to preside over the trials in the senate in the event of impeachment motions.  The Chief Justice of Australia has to act as the Governor General’s deputy.  In that capacity he is supposed to be present as and when the new Parliament is constituted after the election.  In Ireland, the Chief Justice has to act as the Chairman of the Courts Service Board, the Judicial Appointments Advisory Board, Judicial Studies Institute and also the Superior Court Rules Committee.

The situation after incorporation of Article 124A to the Constitution with effect from 31.12.2014 by the 99th Constitution Amendment Act is categorically clear.  The NJAC Act, by way of section2(b), only transplants the constitutional machinery for judicial appointments into the statute.  Though the quorum in the NJAC could be regulated by the NJAC Act, the composition of NJAC is prescribed by the Constitution of India which is binding on the Chief Justice.  Article 124A speaks about the composition.  As per Article 124A(1)(d), ‘two eminent persons’ are to be nominated by the committee consisting of the Prime Minister, the Chief Justice of India and the leader of the opposition/leader of the single largest opposition party.   One of the two ‘eminent persons’ should be nominated from among the persons belonging to Scheduled Castes, Scheduled Tribes, Other Backward Classes, minorities or women.      Article 124B tells about the functions of the Commission, in recommending the names of the judges in the Constitutional Courts.

Therefore, Chief Justice Dattu’s withdrawal would be evaluated by the citizenry in the context of the amended Constitution.  The direct and drastic consequence of the amendment is reflected in Article 127.  As per the pre-amendment clause, “the Chief Justice of India with previous consent of the President” was to make appointment of ad hoc judges.  After the amendment the power vests with the NJAC and the Chief Justice can only make a reference to it, with the previous consent of the President.  There is a similar transformation of power with respect to Article 128 of the Constitution that deals with appointment of retired judges also.  To put it bluntly, the new amendment takes away the prerogatives vested with the Chief Justice in the matter of judicial appointments.  It assimilates the reason given by Dr.B.R.Ambedkar who defended the original text of the Constitution that did not provide any supremacy for the Chief Justice in the matter –

“To allow the Chief Justice practically a veto upon the appointment of judges is really to transfer the authority to the Chief Justice which we are not prepared to vest in the President or the Government of the day”.

This situation was however altered by the Supreme Court in 2nd Judges Case (1993) and the 3rd Judges case (1998) by inventing “the collegium system” which practically positioned the Chief Justice of India as the ‘ultimate authority’ in the appointment process.

Viewed so, the incumbent Chief Justice’s  unwillingness will be more convincingly  described as  a gesture of non co-operation with a constitutional process that attenuates the power which his office enjoyed prior to the constitutional amendment. It is therefore his absence in the NJAC that reflects a sense of inappropriateness.