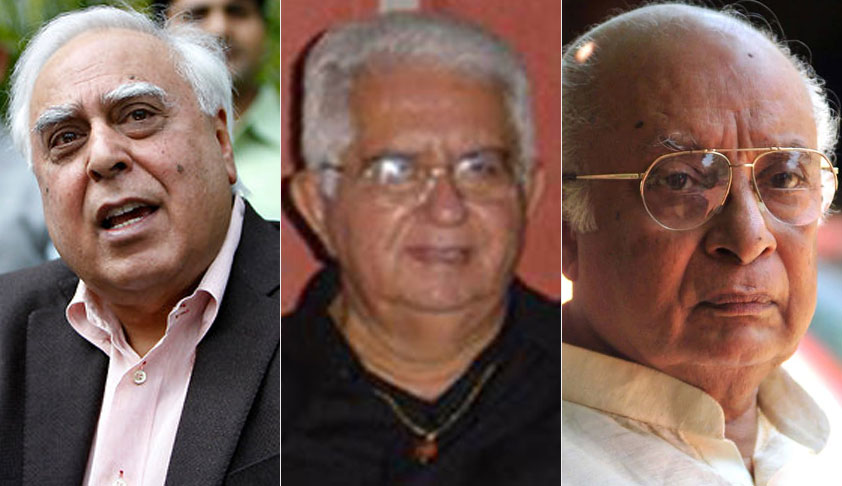 On October 9, 1998, the then Chief Justice of India,  M.M.Punchhi, authored a judgment in the case of Mayawati v Markandeya Chand and Others. It was his last day in office. The other two on the bench, Justices K.T.Thomas and M.Srinivasan authored separate, and conflicting judgments.  Justice Punchhi, rather than agree with either of them, referred the matter to the Constitution Bench.  Since the reference did not have the backing of the other two, CJI Punchhi’s decision was unimplementable.

The above judgment came in for critical observation on Thursday by senior counsel, Kapil Sibal, during the hearing of the case R.Sakkrapani v Secretary, Tamil Nadu Legislative Assembly and others before the Supreme Court bench of Justices A.K.Sikri, Ashok Bhushan and S.Abdul Nazeer.  Kapil Sibal described the judgment as a “unique thing” in Supreme Court’s history.  “It can’t go anywhere.  There were three different opinions. It was no precedent for anything.  One Judge can’t refer a case to a Constitution bench.  It is unbelievable”, Kapil Sibal told the bench.

When Justice Sikri queried whether a Constitution bench was set up subsequently to resolve the issue, Kapil Sibal said the case became infructuous, and the reference of CJI Punchhi to the CB could not be implemented, because the other two did not share his view.

In the instant case, in the general elections to the Uttar Pradesh assembly in 1996, no political party had obtained an absolute majority.  There was an agreement between the BJP and the BSP to support each other for running the Government.  The BSP had 67 MLAs.  On October 19, 1997, Mayawati withdrew BSP’s support to the coalition Government.   In the ensuing floor test held in the assembly on October 21, 1997, 222 members voted in favour of the Kalyan Singh Government.  There was no vote opposing the motion.  The BSP’s whip to its members to vote against the motion, was violated by 12 of its members, who voted in its favour.   The 12 members subsequently joined the Kalyan Singh Government.

Under the Tenth Schedule to the Constitution, splits by one-third of the members of a political party were considered legal.  In 2003, an amendment of the Schedule removed the protection to splits.  It was claimed that there was a split in the BSP by one-third of its members, and therefore, the 12 MLAs who voted in favour of the motion, did not suffer disqualification.   The Speaker of the U.P.Assembly had dismissed the petitions seeking the disqualification of the BSP rebels. Justice Srinivasan held that the Speaker had not violated Paragraph 2(1)(b) of the Tenth Schedule, because the appellants did not deny the split referred to by the respondents.

Justice Thomas, however, disagreed and disqualified the 12 rebel BSP MLAs, who aligned with Kalyan Singh Government.