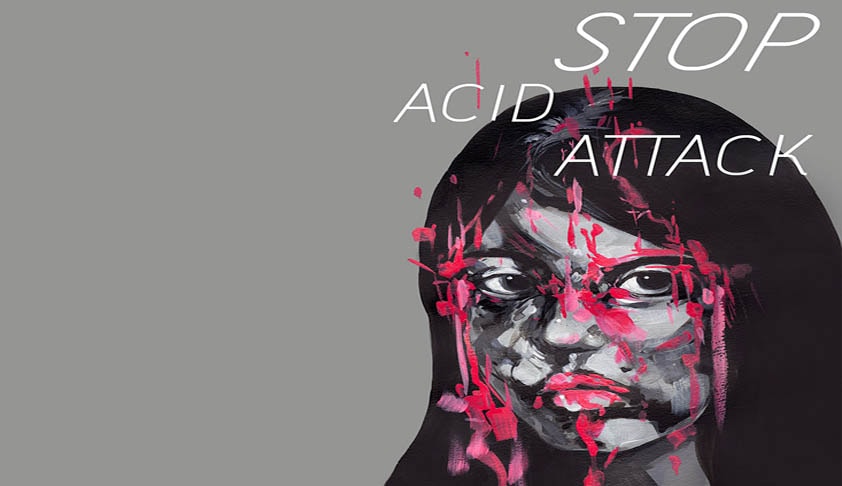 Three years after 23-year-old Preeti Rathi succumbed to the injuries sustained in an acid attack incident, a Special Court for offences against women has accorded death sentence to Ankur Panwar after he was convicted in the case.The judgment is the first of its kind and is being seen as a legal landmark as an imposition of the most severe criminal sanction – execution - should prove to be...

Three years after 23-year-old Preeti Rathi succumbed to the injuries sustained in an acid attack incident, a Special Court for offences against women has accorded death sentence to Ankur Panwar after he was convicted in the case.

The judgment is the first of its kind and is being seen as a legal landmark as an imposition of the most severe criminal sanction – execution - should prove to be a deterrent to potential offenders of the heinous crime.

Preeti Rathi, a 23-year-old promising young girl, had just moved to Mumbai from Delhi with her family to join the INHS Aswini as lieutenant (nursing) in 2013, when the tragedy occurred. Her neighbour, 25-year-old Ankur Panwar, who had followed her from Delhi, threw sulphuric acid on her just as she disembarked from the train at Bandra railway station on May 2, 2013. According to the police, “Panwar tapped Rathi on the shoulder. When she turned around, he threw acid on her, also injuring her father Amarsingh, aunt Sunita Dahiya, and two other passengers, Sudeshakumari Singh and Sameer Shaikh”.

He was allegedly jealous of her success and also wanted to wreck vengeance for rejecting his marriage proposal. She was admitted to a hospital in Mumbai, where she succumbed to her injuries a month later due to multiple organ failure.

Special Court judge A.S. Shende, while sentencing him to death, held that acid attack is more brutal than rape and remarked that ‘rape destroys the soul of the victim. But she can be kept in isolation, without disclosing her identity, and be rehabilitated. But for an acid attack victim, she has to move around with her destroyed body’.

The judge further stated: “Preeti survived for 30 days because she did not know how she looked; she was blind. She had no idea of the effect of the attack on her face. Survivors of acid attacks look like aliens – their own children can get scared of them. This is the kind of effect acid has on the body, and a person cannot live without their body.”

It was only eight months after the Mumbai Crime Branch took over the case that Panwar was nabbed from his Delhi home. The Special Court’s judgment mainly relied on eyewitness testimonies. Three out of them were injured in the attack and some had seen him buying acid from a New Delhi shop. Panwar’s own injuries, which he sustained while hurling acid at Preeti, also spoke of his involvement.

The judge also set aside defence pleas to consider his young age, poor family background and lack of any past record. The case was categorized as a ‘rarest of the rare’ and thus a befitting sentence.  The aggrieved parents are happy with judgment and felt that justice has been delivered at last.

Bangladesh is the only other country to award death sentence to acid attackers under the Bangladesh’s Acid Crime Suppression Act. In India, activists have largely welcomed the move saying that the sentence acknowledges the gravity of the offence and is likely to act as a deterrent. Purewal of NGO Sakshi said that the court’s ruling would make more people take notice of the crime. “A precedent has been set,” she said.

Whether death penalty acts as a deterrent or not remains a debatable topic. But the recent judgment sends out a strong signal of the hardline adopted towards the horrendous crime that ruptures the victim’s body and soul.